And we’re back. When we last left Riverdale, everything was bananas. Hiram staged a prison break so he could get the very real palladium and so he could continue to terrorize Riverdale for…reasons. Jughead disappeared after Tabitha handcuffed him to the table in the world’s dankest bunker. He was also on hallucinogens at the time. Betty went undercover to try to find Polly. And Veronica also did things. Mostly she did a live-action roleplay of Uncut Gems. 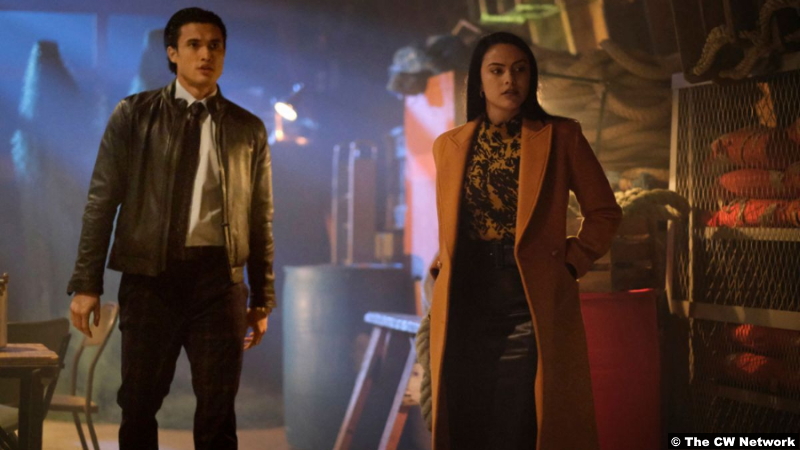 Anyway, we pick up basically where we left off. The prisoner riot at Riverdale High School has been quelled, but they left the school in shambles. In addition, there are still several prisoners missing. Hiram, distancing himself from his own actions, is offering a bounty on them.

So unsurprisingly, Archie Andrews, American hero, decides to form his own posse, like this is a Western. It comprises Archie, Kevin, Fangs, Archie’s uncle Frank, and…I think that’s it. I know this is not the attention to detail from which you’ve come to expect from me, but I really didn’t like this episode and I didn’t care.

Moving on. The show introduces/reintroduces Dodger and Darla from season 2. This time, they’re robbing Veronica’s store in a smash and grab that also sees them take her precious uncut opal. That’s not their main objective, though. They’ve also teamed up with this guy, Random Thug, Hiram promised palladium to and then betrayed, because that’s exactly the kind of thing Hiram does. Oh, Random Thug is actually called Ted? I don’t care. 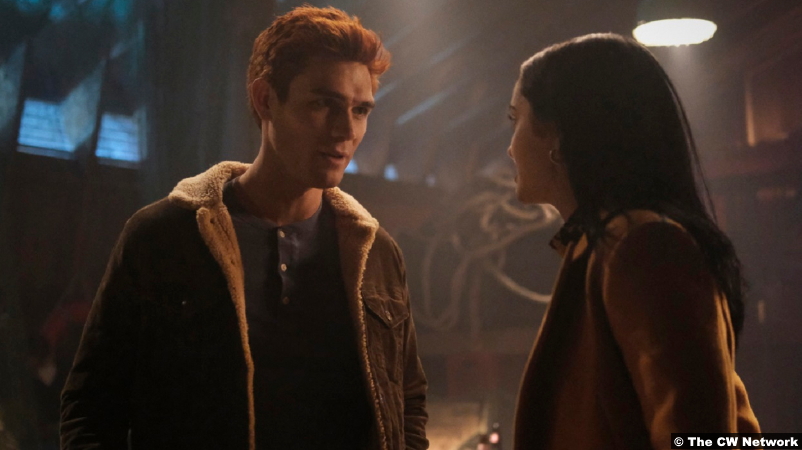 To that end, they kidnap Sheriff Keller when he stops by the hospital to question a recaptured prisoner. They also murder that prisoner. And they help kidnap the governor and Hiram for good measure. And in the dumbest twist, they’re keeping these captives at the El Royale. Sure, but why not just hold them at the Andrews’s home?

Random Thug calls Veronica and offers up her dad and company in exchange for palladium. Veronica’s like, Hmm, maybe, but only if you throw in the opal the unartful Dodger stole. Random Thug agrees. Veronica’s supposed to show up (at Archie’s boxing gym) alone, but it’s all a ruse so Archie and the posse can rappel down from the ceiling, like, please let me know peace in this lifetime.

This chaotic fight scene is soundtracked, by the way, by Cheryl and Penelope singing at their church. Oh, yeah, Penelope found religion in prison. Or really, she’s decided that she’s a spiritual leader. And I’ve mentioned before that I’m not a musicals person. I don’t come from a musicals family. However, as I also mentioned, we do really like Hair in my family. I did not, however, particularly enjoy this show featuring my favorite song from Hair, “Walking in Space,” in this episode. I mean, it was fine, but my initial response was something more like, oh, buzz off.

Meanwhile, Tabitha enlists Betty’s help to find Jughead, which they decide is best accomplished by reading his manuscript. And in a nod to me–I assume–the psychedelic-influenced tome is just gibberish. (If you’ll recall, I said that it was hard to write while intoxicated without whatever you’re writing turning into mush.) So they call Jessica, Jughead’s on and off girlfriend. 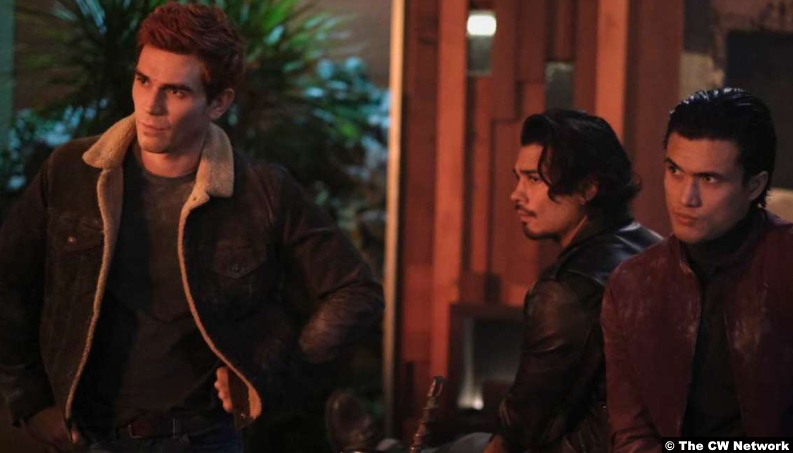 She drives up immediately, which should have been the first clue that she’s suspicious as heck. And by the way, Riverdale has always been intentionally cagey about where exactly this takes place, but not this week. Tabitha clearly says that Jessica drove “up from New York” to bring those maple mushrooms to Jug. Oh and she does it again. Brings maple mushrooms, I mean. She brings those, incidentally, to drug Tabitha and Betty so she can steal the manuscript. She says she’s doing it because she wants to make sure that he doesn’t say anything bad about her in it. That sounds stupid, but then I remember what show this is.

It’s the show with all the serial killers! On that note, Jughead is actually in “Sketch Alley,” Riverdale‘s version of Skid Row. After having a heart-to-heart with Doc, a character Jughead once told a story about that you do not, in any way, remember, he hitches a ride with a trucker who is definitely the murderer. I would like to know more about that, but the show has decided to punish me next week by showing us all Hiram’s origin story. I wish I were on maple mushrooms.

6/10 – It took me a long time to write this because (life things) and also, it’s hard to think of things to say about an episode like this. I mean, besides “I didn’t care for it.” (That’s Southern speak for “I hated it, but I’m trying to spare your feelings in case you liked it, bless your heart.”) Sometimes I can get into the absolute nonsense that is an average episode of this show, but the break was too long and this episode too full of callbacks. I barely remember what happened on the last episode and they want me to remember Doc, Darla, AND Dodger? In this economy???