It’s honestly so funny that Hiram obviously thinks so highly of himself because his plans are always awful and they never succeed as he thinks they would. Like, he could just build up SoDale and make it into a desirable and thriving community. He doesn’t have to touch Riverdale.

But there’s something about him that can’t resist it, that wants to crush the city from whence he came. (And now I’m thinking of the John Mulaney line that’s become a meme of sorts: “Now we don’t have time to unpack all of that.”) The fact that all of his plans end in his stepping on rakes is the punchline for me. 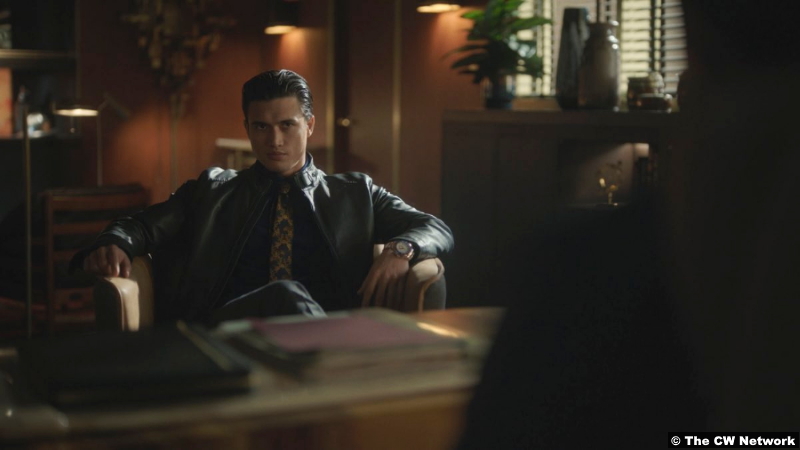 This week, he plans to gather more palladium, which is a real thing, but the way he talks about it makes it sound like the unobtainium they’re looking for in Avatar. There’s a huge ore of it underneath the Blossom maple groves, so first, he tries getting it the normal way, by sending Reggie to buy them. Unfortunately for both of them, Reggie gets Nana Rose to sign off on the sale. She’s not legally competent, though, so the sale is void. (And Cheryl ain’t sellin’.)

So Hiram’s next plan is to stage a prison break at Hiram Penitentiary, or whatever it’s called, and also to try to burn down the grove? Like many of his plans before it, it’s not a great plan. Anyway, the prison break part isn’t really about the palladium; that’s more about terrorizing Riverdale to make it less desirable. He picks that particular night because it’s parent/teacher night at Riverdale High. Whatever to that plan because it just leads to another action set piece/opportunity for Archie to beat up people.

But the high school isn’t the only place where the escapees go. Penelope, for instance, returns home. And then there’s the Coopers. I’d been semi-hoping that the show would never cast Juniper and Dagwood and they’d just always be offscreen as a running joke. This week, though, we meet the pair after they get in trouble for pushing a boy down the stairs. Not great, but in their defense, he’d apparently taunted them about Polly being dead.

If you’re Glen, though, then you see that as another data point to add to the others that you’ve been collecting about the Cooper clan. I’m not sure if he’s really interested in Betty as a partner, romantic or professionally, or if he’s just using proximity to her for his dissertation about the Coopers. I would tend to think it’s the latter, though. 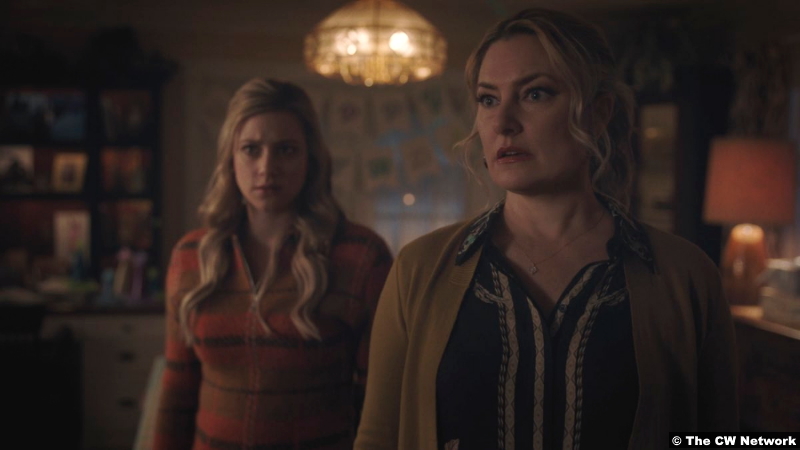 Anyway, whatever it is, I’ll bet he’s regretting it now. Because while some of the escapees wreaked havoc on random targets, Chic and Charles, like Penelope, went “home.” It seems that they would really like Alice, who got ordained online, to marry them. But when they find Glen there and find out about his dissertation, they decide to force them all (at gunpoint) to play a game. Glen will be the titular Pincushion Man and the youngest–that’s Juniper–has to poke him with a “pin.” (It’s a giant knife.)

Betty, who’s always been more complicated than the show would really like to explore, instead volunteers to take her niece’s place. She stabs Glen, though taking care to do it in a way that he can survive, then hurls the knife at Chic. Meanwhile, Alice goes after Charles, and in the ensuing struggle, he’s shot. At the end, Glen and Charles are in the hospital and is Chic dead? I guess. Betty, having gotten an idea about how victims and predators meet up on the Lonely Highway, ends the episode by becoming a trucker. Or going undercover as one. Sure. 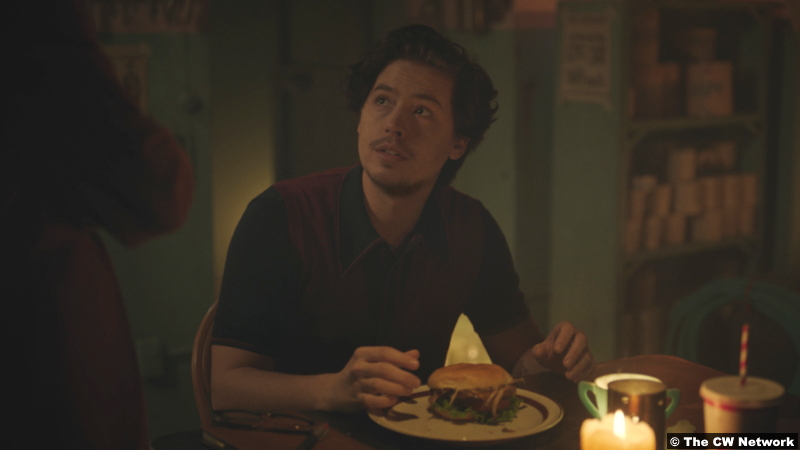 And while all of this is going on–and I didn’t even get to Archie probably having to testify about war crimes–Jughead is probably having the easiest time of anyone in Riverdale. Well, I mean, until all the blood. He decides to ingest some “maple mushrooms”–I’m lovin’ it–because he finds it easier to overcome his writer’s block. (As a writer, I don’t buy this. Intoxication makes it much harder not to write gibberish.)

To help him along, Tabitha handcuffs him to the table in the bunker so he has no excuses not to write. He spends the time we see mostly hallucinating encounters with Betty and his other ex-girlfriend, whatsherface (Jessica?). And he should have had a weird but safe night, tucked down in the bunker, away from all the mayhem in Riverdale. But when Tabitha comes to retrieve him the next morning*, Jug is gone and all that’s left in his place are a pair of bloody handcuffs. Uh, I hope he just scraped the hell out of his wrist and didn’t get them off the other way.

8/10 – I didn’t mention Veronica because they continue to give her “who cares?” plotlines. It’s especially egregious with an episode like this, where everybody gets a bananas storyline and she gets a mild confrontation with Chad. Please give her something (better) to do.

*Uhhhhhhhh, what if Tabitha had gotten in an accident or something?