I kind of got the feeling, watching tonight’s episode, that one of the purposes of the key party storyline was to emphasize that these are grownup characters now. Real adults. However, they’ve always acted like they were older, so it was kinda lost on me. 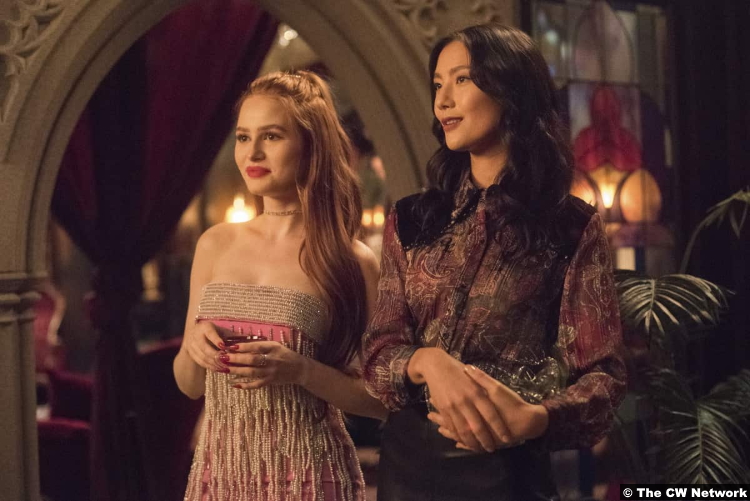 Of course, the real purpose of the key party storyline was so Cheryl could construct a giant ruse to get Toni back in her life. I don’t understand any of it. I mean, obviously it was prompted by Toni’s announcement that she was going to raise her baby with Kevin and Fangs, but why now? I guess that even though Cheryl knew that Toni was pregnant, this announcement made it real to her that Toni was going to have a life without her.

And while I understand why Toni wouldn’t want to hole up in that dreadful mansion with Cheryl, Nana Rose, and the ghosts of Blossoms past, she’s the one who’s been trying to drag Cheryl out of her reclusion. So what exactly did she think would happen? It seems understandable to me that Cheryl would take it as a romantic overture. (And now she’s maybe with Minerva, who’s played by Adeline Rudolph, who also played Agatha on Chilling Adventures of Sabrina. Are they two different characters or is there witchery about?)

No matter how little sense any of it made to me, the end result of this key party is the fracturing and rebuilding of most of the Riverdale relationships. For instance, there’s Kevin and Fangs, who started the episode about to embark on the next chapter of their adult lives. But Kevin, of course, has always had a taste for the wild side–remember when he was cruising Fox Forest even when there was a serial killer on the loose? So it’s completely believable that he’s continued that behavior into adulthood. I don’t completely buy that he would be so hesitant about marriage, though. Wasn’t the cruising born out of a need to be with someone? 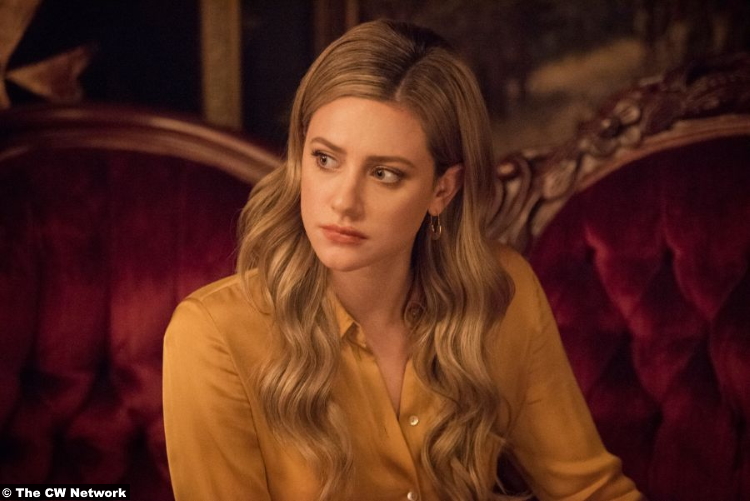 I don’t remember, but I think so. Anyway, Kevin isn’t the only one who’s going backward this week. After building up a relationship with Betty that they both pretend isn’t serious, Archie decides this week that they should just be friends. Yes, this frees up Betty to work on the rather staggering fact that there’s someone out there torturing girls to death on this fun teen show. But at the same time, it frees up Archie to go after the newly single Veronica.

And that’s fine and everything, but it seems oddly devoid of heat. Have Veronica and Archie always had such little chemistry and I just never noticed? Or is this a product of their being adults now? I don’t know, exactly, but I do know that it feels stale. The process that got Toni to realize that she didn’t want another go-around with Cheryl might have been convoluted as heck, but the conclusion felt true. This, on the other hand–another bite at the Varchie apple–doesn’t. Also, I know that for all intents and purposes, Veronica’s basically been separated from Chad for a while now. But in actuality, they just separated like, five seconds ago. Adult Veronica doesn’t want to take a teensy minute to herself before she hops back into a relationship with her high school sweetheart? I guess. 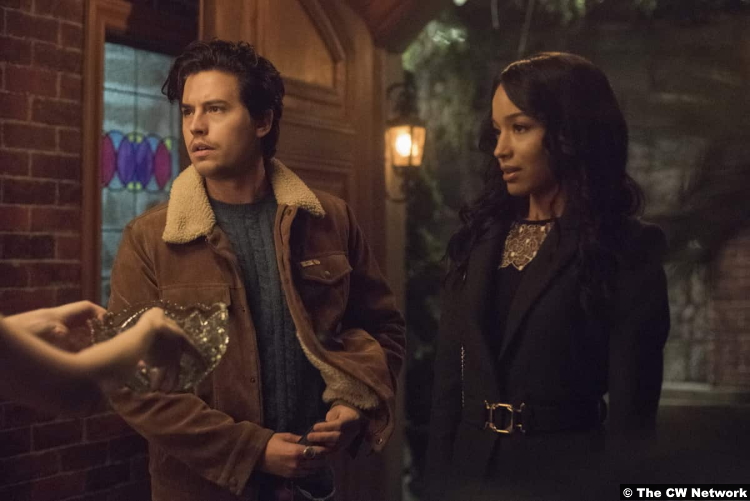 If there were a bright spot to this episode, besides the fact that I didn’t have to sit through any of Hiram’s nonsense, then it was whatever is going on with Jughead. Anyone who knows me knows that I would love to have some batshit storyline with aliens and/or mothmen or whatever. But in lieu of that, if they’re going to go with something more serious, then I’m down with that, too. If Jughead’s “alien” encounter is actually repressed trauma, then that’s an interesting path to travel. So why don’t we spend some more time with that?

7/10 – I could honestly sum this up with “I don’t understand.” Like, I don’t understand why they spent so little time on the one interesting storyline in favor of resetting this reset straight back to high school.