Nancy Drew S02E11 Review: The Scourge of the Forgotten Rune – Another good episode!

As much it gets to be a challenge each week trying to find a new way to say, “Well, this was a(nother) good episode,” I obviously prefer that to the alternative. I’m really enjoying how they’re playing with classic tropes, and what a surprise, this week is no different. This week’s trope: the time loop. Or if you prefer, the Groundhog’s Day.

It begins with Nick having lost his memory, and I really like the way they begin it. There’s no real set-up, just a semi-frantic Nick getting a ride to Nancy’s house. When she opens the door, though, he doesn’t recognize her. That would be worrisome enough, but of course, it gets worse. 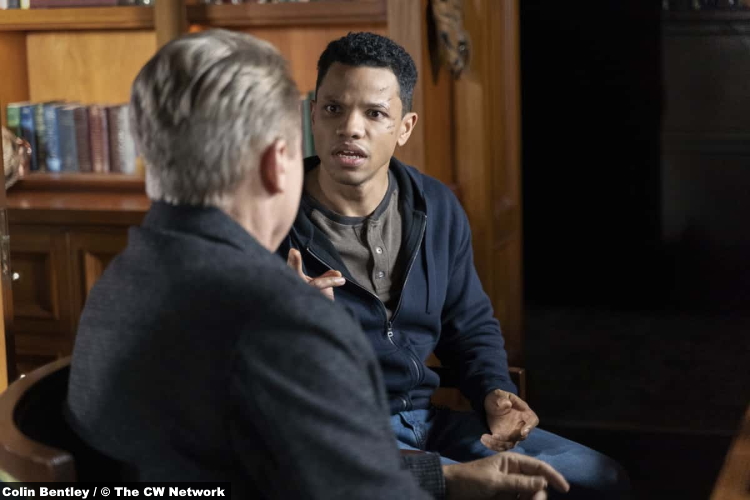 Aristotle, the tour guide from the historical society who really didn’t like Nancy, is dead. He’s been murdered, in fact, and Nick is the prime suspect. So they have to keep Nick away from Captain Thom (Anthony Natale) while they figure out why Nick can’t remember anything.

What it all boils down to is that some anthropologists were researching a community of Vikings who once lived in the area. The Vikings’ belief system involved a terrifying god, who looks like a sibling of Riverdale‘s Gargoyle King. However, there’s a funny quirk in the god’s power. As long as they all knew the god’s name, then it kept the god as docile as a kitten. But when disease struck the community, people began to forget his (?) name, so his power grew wildly. And now if you know his name, he wants to kill you, so he can protect that power. But uh oh, Nick learned his name.

Luckily, when he learned it, Nick was on duty at the historical society, where they keep a bunch of magic stuff. For instance, they have a device an alchemist created when her husband began developing something like Alzheimer’s. That device can restore your memory and erase it, so that’s what Nick did.

The Drew Crew finds all this out after they restore Nick’s memory. This then leads to the time loop-esque sequence in which the Crew tries different ways to defeat the monster, before erasing their memories and starting again. It’s one of the funniest parts of the episode, as they all have to relearn who they are and what’s going on every time. Finally, though, they’re down to their last try, and it doesn’t work. 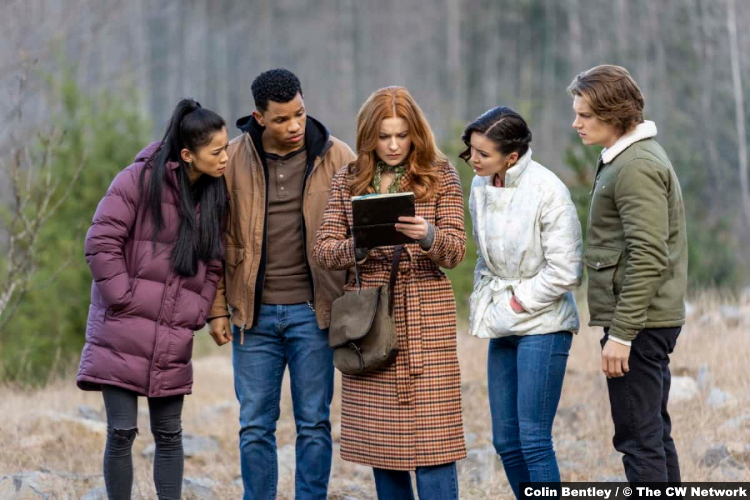 However, “social media savant” Bess figures out how to save them all. If knowing the god’s name–Grimathorn, by the way–is what lessens its power, then why not make it a star? Using their own social media, plus a little help from an army of troll bots that Ace hacks, they start spreading the information. Pretty soon, the god is weakened to the point that it’s just a little doll, an idol. It’s a pretty clever take on social media, as well as a fun intersection with the power of belief.

While all this is going on, though, there’s still outside drama. Having learned about Nancy’s true identity, Celia confronts Ryan, who pretends that Nancy’s paternity is news to him. Nancy, of course, doesn’t have time for this outside drama, so she gives Celia a huff of the memory eraser for the day. It does make her really sweet, though. 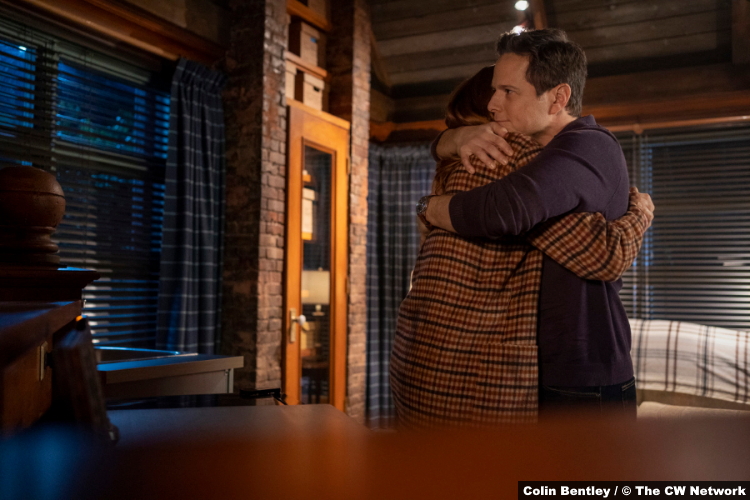 Meanwhile, in a previous episode, Ace’s long-lost half-brother had asked Ace to meet him. However, when Ace showed up, no one was there. Someone, though, had left a wooden box like the kind Captain Thom makes. Inside was half of a torn photo showing only Thom.

This week, Grant (Shannon Kook), a newish employee of The Claw, showed up as the Crew was celebrating their win. Ace is perplexed at first, but anyone who’s watched literally anything before could figure out what’s going on. And when Grant shows him the other half of the photo, depicting a woman who is presumably Grant’s mom, it’s clear: Grant is Ace’s brother.

So what’s going on here then? I know there’s some speculation that surname-less Ace is going to turn out to be a Hardy boy, but I’m not sure about that. That’s mainly because I’ve also heard that the rights are different, and the people behind this show don’t have the rights to the Hardy Boys. (Incidentally, they were the subject of a pretty decent show on Hulu recently.) So what’s the angle?

8/10 – As episode 8 was an excellent showcase for Maddison Jaizani, so was this one for Tunji Kasim. He had to play so many different variations on his role this episode and he crushed them all. He was particularly good, for instance, when he had to find out that he was a killer. That was heart-breaking, and a good contrast to his finding out, for example, that he’s also “a lying millionaire.”