Nancy Drew S02E08 Review: The Quest for the Spider Sapphire – Maddison Jaizani killed it this week!

If what it took to bring George back from the dead was a hitchhiking ghost, then it’s not such a bad deal, is it? At least it wasn’t anything worse. Well, about that. This week, Nancy and George find out that Nancy inadvertently made a terrible bargain when she used the shroud to revive George.

But before we get to that, we must, of course, talk about the cliffhanger-y moment with which we ended last week: Bess’s husband. In an opening flashback, we see exactly how Bess left her marriage. She set up her husband, Stephen (Oliver Rice), so that he was arrested while they were at the airport.

As you can imagine, now that he’s been freed, he’s quite peeved about the whole experience. He took in Bess after her mother kicked her out and this is how she repaid him. Of course, though, she must have had her reasons. We get a glimpse of them just from the way he acts in the airport when she spills a drink on his bag. And once his full plan plays out, you can see why she’d want to get away from this person. 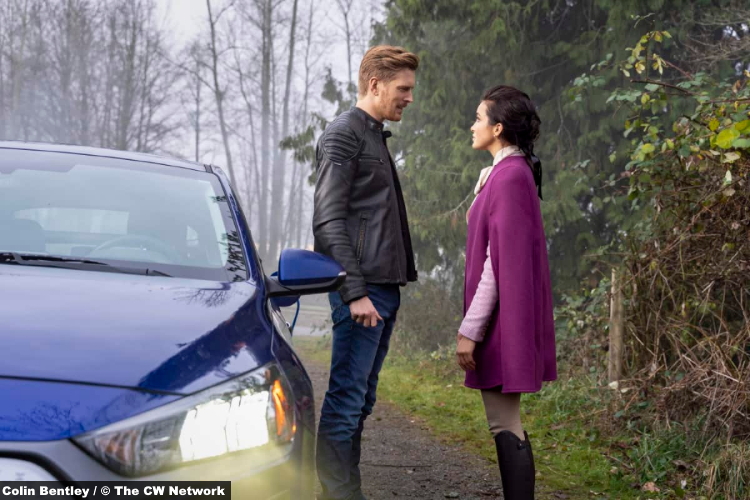 However, when he first approaches her, after Ace warns her about him, he tries to blackmail her. He wants the titular spider sapphire, set in Diana Marvin’s watch, or else he’ll expose Bess’s seedy past to her new high-class family. Bess, who has grown a lot since this grifter took her under his wing, decides to take another path.

Instead of crumbling under Stephen’s demands, Bess confesses to Diana. She doesn’t tell her that she’s doing it under duress, though. She just tells her that she did a lot of things in her past that she wasn’t proud of. And to her surprise, Diana already knows.

I mean, it makes sense. Someone like Diana wouldn’t let Bess get close to her and her family without doing a thorough background check, if only to verify that she is who she says she is. So Diana already knows about Bess’s checkered past and considers it a finished subject. That’s not who Bess is anymore. Is it? 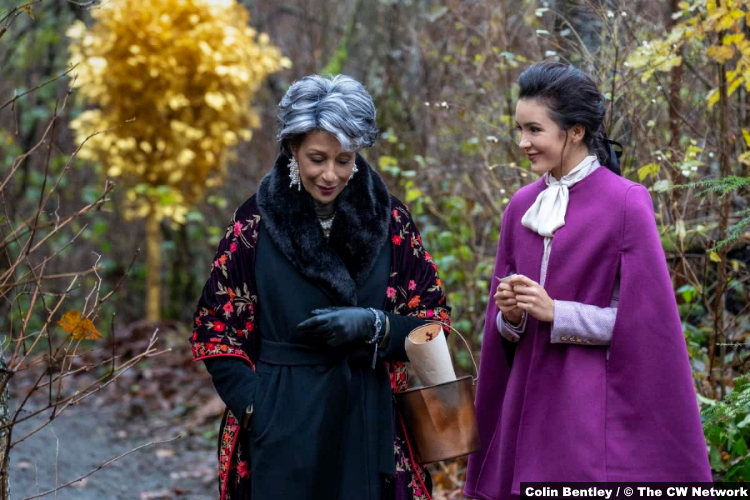 It doesn’t seem like it. So Bess joins Diana for the Hunt & Roast, another wacky Horseshoe Bay tradition. As far as I can tell, it’s a dinner and a scavenger hunt through the woods. Sure. Anyway, Bess and Diana have a lovely time, that is, until Stephen messages Bess to let her know that he’s kidnapped Nancy and George. He has them set up in an elaborate murder plot, waiting to be burned to death unless Bess gets him that watch.

And it’s not like Nancy and George were having a great time before that. In their search for answers regarding George’s inner tenant, they find a man called Ralph Jenkins. Like George, he was once mostly dead. But after his mom spent a few moments alone with him in the ambulance, he was back to life, back to reality. The obvious conclusion is that she used the burial shroud.

That would seem like luck, or a coincidence, if it weren’t for the fact that he died right about the time that Nancy used the shroud to bring George back to life. So there’s a frightening idea. If someone uses the shroud again, then will it kill George, too?

We have to put that idea on pause, though, because again, a more imminent death is possibly upon them. Luckily, though, Nick and Ace get there just in the…I don’t know any other way to say it. They get there in the nick of time, saving both of them.

The whole time they were tied up, by the way, Odette had taken control of George. And I was a little confused as to why she was so sanguine about the whole experience. I would have thought that being tied up would have been pretty traumatic for her, especially considering her past experience. So it did make sense when she freaked out when Nick was trying to free her. A man with a knife coming toward her has to be terrifying.

And of course, Nick heard her speaking French, which he knows that George can’t do. So that’s another thing we have to put on pause for another day. Because this week, there are bigger fish to fry. (I’m really cranking out the clichés this week, ain’t I?) 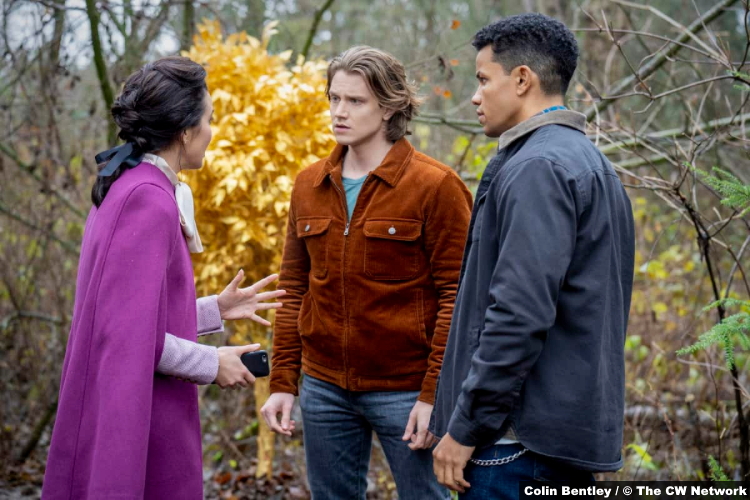 To that end, Bess does steal the watch and give it to Stephen. Except that that was never the point. Unbeknownst to her, he slipped it back to her, knowing that it had a tracker. The real point of this was so that Diana would reject her, making her feel like the unloved little girl she felt like when her mom sent her packing. It’s a devastating moment, and Maddison really sells it.

But there are possible worse moments to come. A reporter doing a feature on Ryan is sniffing around the story of Lucy and him having a baby. And then there’s the shroud.

Since using it again could kill George, Nancy wants to make sure that it’s safely tucked away. But when she goes to retrieve it from the lockers at The Claw, someone’s been there first. It’s unclear what they were looking for–they’ve gone through everyone’s stuff–but it doesn’t really matter. The shroud is gone.

9/10 – It’s great to get an episode that focuses on a character like Bess, who’s not always at the forefront of the storyline. And like I said, Maddison Jaizani killed it this week.