Nancy Drew S02E10 Review: The Spell of the Burning Bride – A total eclipse of the heart

After giving us a straightforward, no ghosts here (yet) story last week (The Bargain of the Blood Shroud), Nancy Drew returns this week to remind us that Horseshoe Bay is still haunted as heck. The trouble, as it is, starts with a few strange break-ins.

Someone steals a bouquet from the florist, for instance. The jewelry store reports the theft of two rings. Another store is missing candles. These are obviously not huge thefts. And what else is obvious, at least to me, is what’s going on. (Cue “Somebody’s Getting Married” from The Muppets Take Manhattan.) 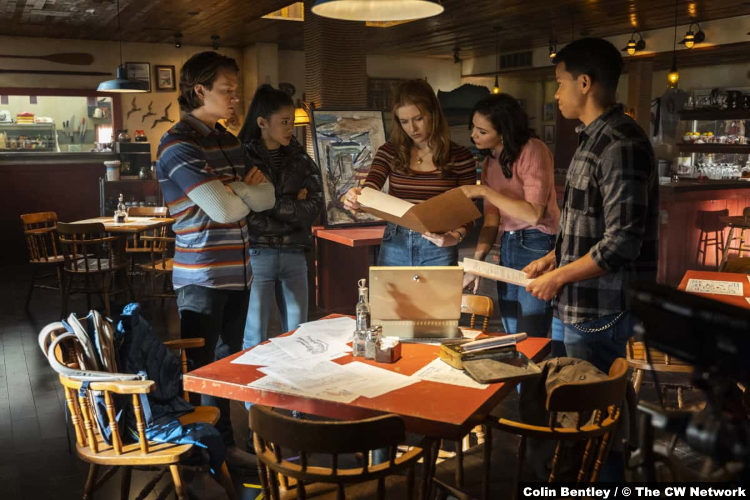 This being Horseshoe Bay, though, it turns out to be slightly more complex than a DIY wedding. As Gil and the surveillance video both seem to suggest, this is a ghost bride situation. Of course.

But as this show likes to do, it subverts our expectations. It’s not actually a ghost bride, in that they’re looking for a long-dead perpetrator with a grudge. It’s a ghost bridal gown that enchants people. Well, gosh, when you say it like that, it seems so obvious.

What’s not obvious, though, is that Tamura willingly works with Nancy on this case. I guess he’s just accepting that this is a weird town and a local could come in handy. And that’s good, because it’s a correct thought. Also, of course, Nancy is a good detective.

As such, in the course of her detecting, she looks more into the history of the gown. And as with most things in the history of Horseshoe Bay, it’s gross. The town elders commissioned it for a specific reason. It’s like a dreamcatcher, but for lust. To put that another way, if they get it onto their daughters, those wanton hussies with their own ideas and feelings became chaste little sweethearts ready to become obedient wives. Eh.

A dreamcatcher works by catching nightmares and such–one of the reasons why, for instance, a dreamcatcher tattoo is a bad idea. Don’t try to attract bad vibes, silly. The dress works similarly, in that it’s like a net, catching desire. So when Nancy tries to destroy the dress, it just sets all those feelings free, aiming them like a shotgun at the nearest person. Oh, that’s Nancy, by the way.

This has never been an unfunny show, but I have to say that in this episode alone they achieve some of their funniest moments ever. Nancy going from zero to sixty, picturing every guy in slow motion? I love it. As curses go, it’s actually not that bad, except that, you know, Nancy can’t live like this.

And at the same time, Val Samuels (Rukiya Bernard), that reporter who’s doing the story on Ryan, has spoken to Nancy about applying to colleges. She’s praised her for appearing “wholesome” on her social media–you know, not like those other girls. It’s a deft way for the show to illustrate that although times have changed, certain expectations have not. 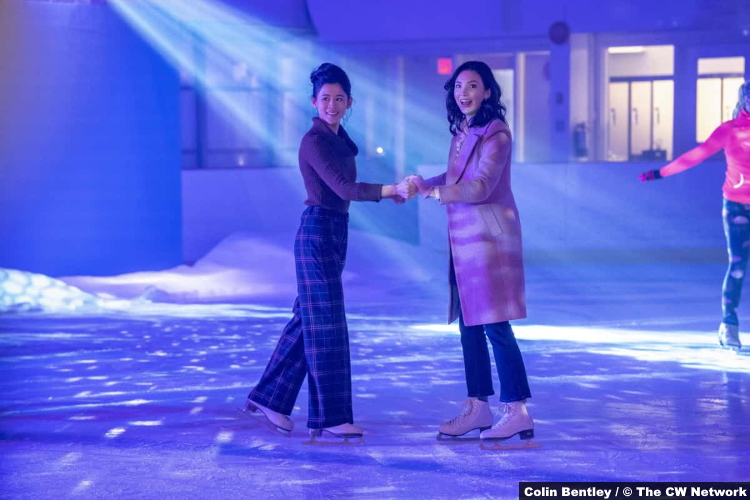 They also do that, by the way, with the storyline about “Georgette” and Bess. It actually works in two ways. In one, Odette can be affectionate with a woman in public, something she never could have done in her time. (“They would have killed me…” leading into “They did kill me” is SO sad!) And in the other, after their wild night, George and Bess wake up in the police department.

It’s horrifying for George because she’s afraid that people will compare her to her mom, like she’s just living down to the expectations of others. All of these storylines are so smart and so smartly done. It’s incredible this show follows the Anything Goes Bananas Hour.

Anyway, Ace and Bess figure out to break the lust spell on Nancy, and not a moment too soon. It’s also another moment of high comedy, as the antidote is a cream that they have to spoon-feed to Nancy like she’s a cranky toddler. It works, though, and Nancy realizes that maybe the lust bomb had such an effect on her because she’s working hard to repress her feelings. George assures her that there’s nothing wrong with liking or wanting someone. 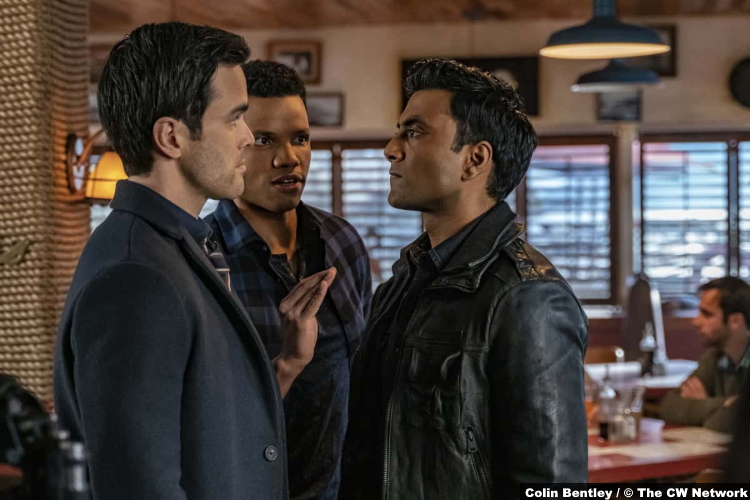 So to end the episode, Nancy, uh, aims a lust bomb of her own at Gil. And I mean, yeah, he’s cute, but still. I’m not over last week when he was going to let George shuffle off this mortal coil.

But Nancy might have bigger problems soon. For some reason (Hudson suspicions?), Val took Nancy’s straw earlier and apparently had it tested against Ryan’s DNA. So now Celia knows that Nancy’s her granddaughter, and I can’t think of anything good that can come from that.

9/10 – It’s not a new thing that Nancy Drew can tell a story in a surprising way. This episode is a perfect example of that, and also how they can blend the serious with the hilarious.

Also, what is up with Ace’s half-brother?