Nancy Drew S02E09 Review: The Bargain of the Blood Shroud – Can George catch a break?

As with The Legend of the Murder Hotel, this week’s episode subverts our expectations. That’s exciting for the show because that means that it won’t get predictable any time soon.

We basically continue where we left off last week (The Quest for the Spider Sapphire). That means that poor Bess is in emotional shambles and Nancy’s having to break the news about the missing shroud. However, the shroud isn’t the only thing missing. The thief has also purloined a pie. Wait, did I steal the shroud? 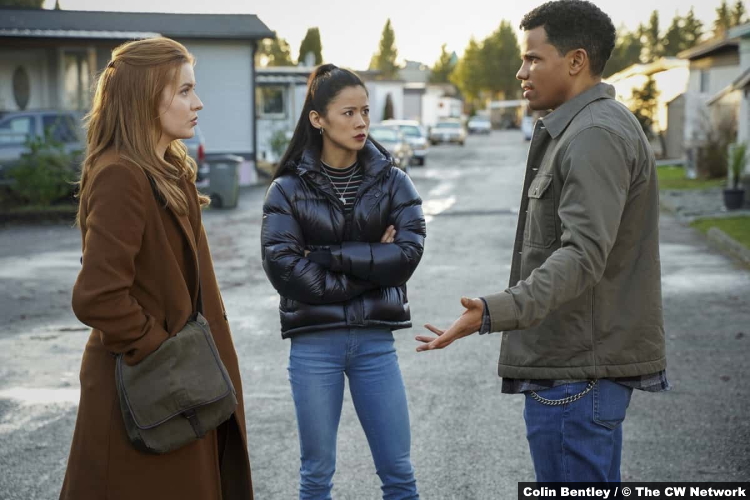 Anyway, it’s pretty easy to figure out who the culprit is, especially after Ace reveals that he’s the only one who’s mentioned the whole shroud business to someone outside the Drew Crew–Amanda. And once they pay a visit to Gil, it’s clear that he’s not exactly Thomas Crown. He’s got pie crumbs on his shirt.

However, unlike his other “work,” stealing the shroud wasn’t just for monetary gain. It seems that when the twins were little, Mama Bobbsey went missing and was presumed murdered. The Drew Crew understandably assumes that Gil is going to try to resurrect his mom, but her whereabouts are still unknown. Instead, he wants to resurrect the chief suspect. He’s not dead, but he’s currently on his deathbed. What a stupid plan. Won’t he still be in a coma even if you bring him back to life?

Nancy, though, loves a mystery. (I’m not sure if y’all know that.) And she especially loves her friends not being dead, so she bargains with Gil. She’ll crack the mystery of Rosemary Bobbsey and then Gil will give her the shroud. 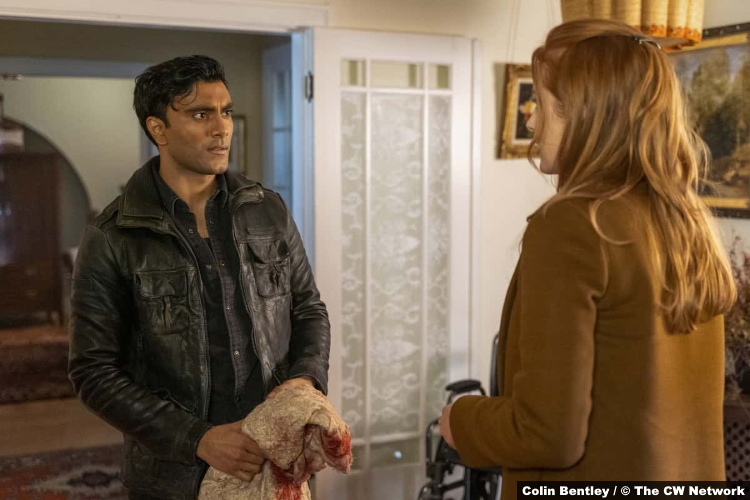 At first, it’s pretty slow-going. Everyone splits into pairs to cover more ground, but it still doesn’t seem to be getting them anywhere. The biggest break they have, in fact, is when they find out that the accused killer has a secret room of Rosemary paintings. But that’s still not much.

Speaking of Eddie the accused killer, though, he’s on life support, which is scheduled to be switched off in less than a day, hence Gil’s urgency. Carson tries to help on the legal side, by requesting a stay or whatever. (I know a lot about the law, but I am not actually a lawyer.) He’s actually filed a brief (submitted the request in writing), but for sobbing Bess’s benefit, he pretends like he’s going to have to present his argument in court. This at least gets Bess sitting upright, and the more she gets into helping Carson, the better she starts to feel about herself.

Bess also gets a boost when she’s able to help Nick intervene with Odette. She wants to be at peace with her English gal, so she wants to take a header off a cliff. That’ll kill George, but I’m not sure it’ll accomplish what Odette wants. In any case, Nick and Bess take another tack. For his part, Nick tells Odette that she’ll be sentencing him to the same misery she feels if she kills George. Bess meanwhile parrots what Carson told her, that the uncertainty of life is scary, but you have to have faith. Both of them succeed in talking Odette down.

At the same time, Gil and Nancy find out that accused killer Eddie wasn’t a painter, so someone else painted all those pictures of Mama Bobbsey. Using the artist’s signature, they find other works by the artist at a local gallery. Once they buy one–thanks, Nick’s money–they discover that there’s another painting behind the abstract work. It’s another picture of Rosemary, but an aged Rosemary. A Rosemary as she would look now, if she were alive. 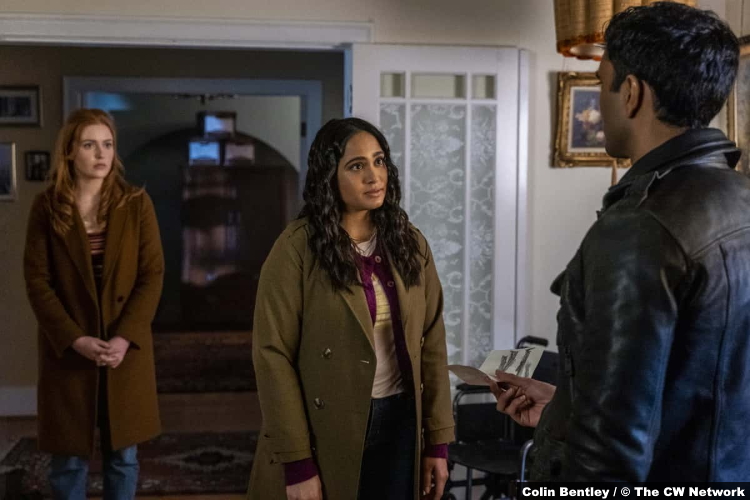 Well, guess what? She is still alive. Apparently, she suffered from delusions that a monster was after her. She didn’t want the monster to get Gil and Amanda, so she abandoned them. I’m beginning to understand where Gil gets his knack for, let’s just say, bold ideas. Also, the monster was/is almost certainly real, right? It’s probably another one of Horseshoe Bay’s million ghosts or demons or whatever.

Gil doesn’t want to believe this–he’s told himself this other story for so long. But in a great scene with Amanda, she’s able to convince him that it’s true. Their mom loved them, but she was afraid for them. Later, Ace gets a bead on her location. Rosemary’s fled clear across the country to New Mexico. And as sure as I am that the monster is real, I’m also pretty sure that we’ll see Rosemary again. But not next week, probably. It looks like we’ve got a love ghost.

8/10 – As I said, not always going for the easy answers–the haunted hotel, the unsolved murder–makes the show more exciting to watch.

Also, I know there’s super chemistry between Nancy and Gil, as I’ve noted from his first appearance, but I don’t trust him. He was perfectly willing to kill George, after all. And on that note, can George please get a single break? Every time she turns around, her life is in danger.