Maybe there will be a week where I don’t think after each Nancy Drew episode, Man, what a good episode, but it’s not this week. And obviously, it’s not something I’m hoping for. On a related note, it’s crazy to me how this show doesn’t get the coverage its lead-in does. I mean, this show is so good!

This week, just to flex, they play with our expectations regarding the show and Horseshoe Bay. To that end, a few college volleyball players are at the local Breaker Hotel, long rumored to be haunted. They’re there because that’s how they do their hazing. And hey, hazing isn’t great, but this could definitely be worse. 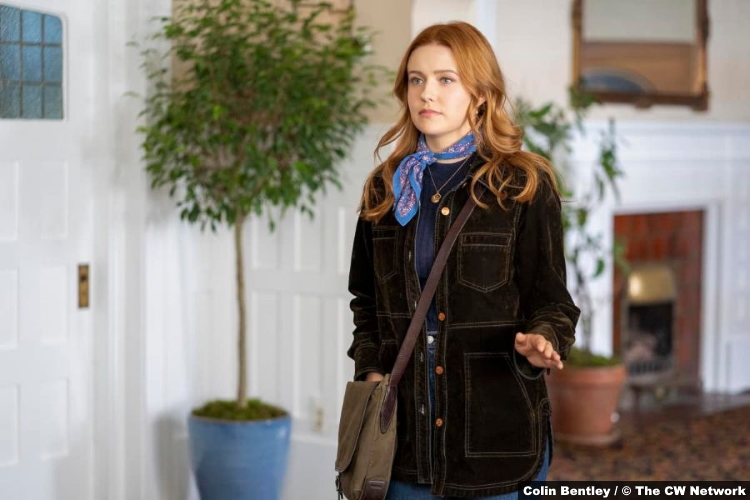 Basically, all their new teammate has to do is spend an hour in the most haunted room. And I realize that other people are more…susceptible than me to this kind of stuff. I have, after all, worked in a purportedly haunted hotel. But again, it just doesn’t seem like a big deal to me. Sit in the dark for a bit while my teammates sit outside. I guess I might die of boredom.

However, it does seem like a big deal for Jennifer. But as the other girls stand outside, they’re not worried at first. It’s spooky-ooky, but it’s really just a fun gag, as far as they’re concerned. Then Jennifer stops saying anything, and doesn’t answer their calls. When they open the door just to check, she’s gone.

And all this has to do with Nancy, because the girls are apparently avid followers of Bess’s @NancyDrewNews Twitter account. (Absolutely wild, by the way, that the show hasn’t actually taken over the very real account of that name, since it’s never been updated since its creation in 2013.) They want Nancy to find Jennifer, whom they believe has been kidnapped by ghosts.

Nancy’s initial look at the hotel room just prompts more questions. The girls tell her that the windows have been fixed to open only a few inches, lest the misery that infects the room tempt guests to suicide. But as Nancy points out, the latch is broken, allowing the window to open more, at least enough for someone to climb out. Then the window, as it’s been rumored to do, starts bleeding.

Ace and Nick babysit the girls for absolutely no reason, except that it’s funny. (The girls are all college-age, after all, and perfectly capable of taking care of themselves, even if they don’t know enough not to cook pancakes in the oven.) Bess, George, and Nancy, meanwhile, keep digging, but everything is a dead end. 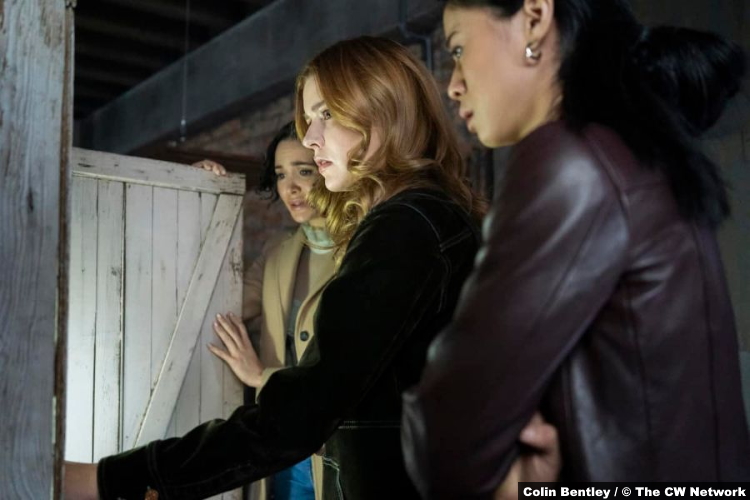 They find jars of blood in the basement, for example. That looks suspicious as heck, but Nancy figures out that it’s all part of the hoax. If the hotel were ever haunted, then it isn’t now. The hotel just rigs the windows with animal blood* and employs other Scooby-Doo villain tricks to make it seem like it’s haunted. It’s all a show for the tourists. Man, why didn’t we ever think of that (at my hotel)?

Her next line of inquiry is the hotel’s architecture. Knowing that it used to be a home, and that old fancy homes frequently used hidden passages so that their servants could remain out of sight, Nancy and Bess return to the room to look for some. And using Bess’s knowledge of the Marvin home’s quirks leads them to a secret tunnel in the hotel.

Unfortunately, there’s no sign of Jennifer, and no hint of what happened, at least not until Ace charms Amanda Bobbsey into letting him access the hotel computer. And more importantly, access the hotel’s surveillance system. What Bess and Nancy see is startling. After Jennifer rolls out of the tunnel, a young woman approaches her. When the woman turns around, they see that it’s George. 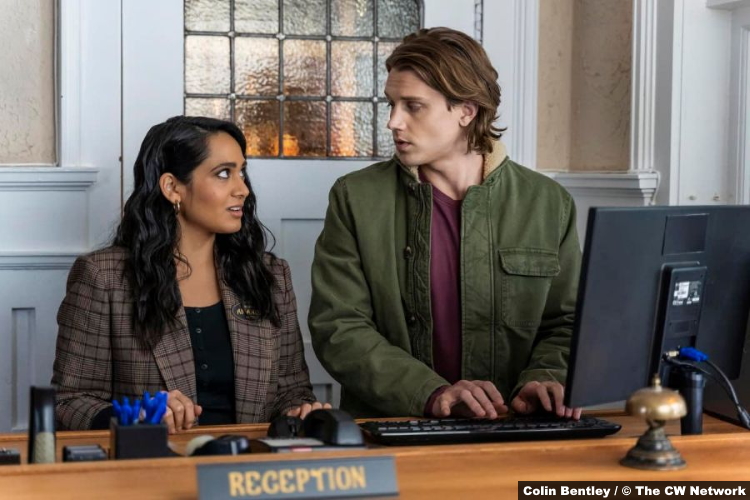 So George, having no memory of this, has to confess that she’s probably possessed by Odette. She’s already tried on her own to solve the problem, leading to Bess hilariously asking, “You did an exorcism without me?” But nothing has worked. So that’s a problem for the future. Right now, though, Nancy lures Odette back to find out what happened to Jennifer.

Odette’s news is very grave. Jennifer is with “the hounds.” Again, this sounds very tragic, until Nancy realizes that Jennifer actually went to the bus station for the show’s non-union equivalent of Greyhound. And she’s still there.

As she tells Nancy, she got so overwhelmed by college life that she just wanted to run away. But when she got to the running away part, she got too nervous for that, too. So Nancy, trying to bond, is like, “I know what you mean,” and then dumps the events of the past season on her, which is so funny to me.

In the end, Jennifer decides to return to school, if not the team. And Nancy might not be where she expected to be, but where she is, as Jennifer says, is pretty badass. It’s a healthy realization, as the show ends on what, for it, is a pretty quiet and normal note.

8.5/10 – Even without the supernatural elements–uh, besides the Odette in the room–Nancy Drew can create a compelling mystery, with a solution that speaks to Nancy’s own ongoing issues.

*Why didn’t they just use fake blood?