1995 was not the biggest year in cinema, nor even the biggest “movie” year of the ’90s, but it was still a year that saw the release of several high profile films. Some of those movies have disappeared from our collective consciousness, while others have endured over the years. Already we’ve looked at Mortal Kombat, a cult classic if ever there was one. It was hardly an award-winner, that’s for sure, nor was it renowned for its score, its acting, or its writing. In contrast, Braveheart dominated at the Oscars and remains a beloved film even today. Waterworld, however, struggled to leave an impact after release and only now is starting to find a little love. In April we looked at a movie based on an incredibly popular children’s property and noted how Mighty Morphin Power Rangers: The Movie came out at the peak of the Ranger fad. After that, we considered how Tall Tale was, by design, a dated and old fashioned property the moment it released, before shooting for the moon with the delightfully thrilling and uplifting Apollo 13. Has there been a once-beloved “cult” movie that’s aged as poorly as The Usual Suspects? 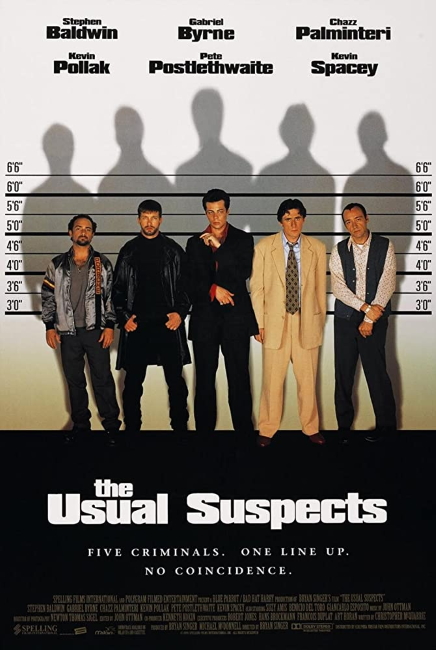 You want to talk about a movie whose two major pillars have totally crumbled, look no further.

First, there’s the star of the picture: Kevin Spacey. Basically blackballed from Hollywood after an avalanche of sexual abuse allegations came out in 2017, Spacey went from one of cinema’s best character actors to a pariah almost overnight. 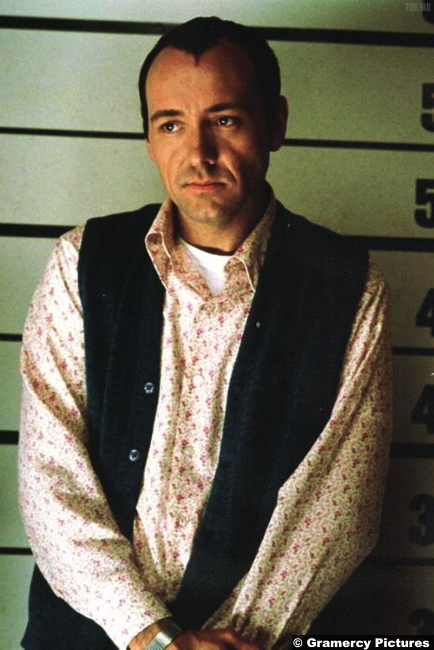 Second, there’s the director: Bryan Singer. While Spacey’s allegations mostly stayed under wraps until recently, Singer has had a steady drip of dirt following him around for literal decades. Past allegations finally caught up with him during the filming of Bohemian Rhapsody, and the director apparently left the shoot never to return. His career has basically ended (for now) as a result of the scandals. 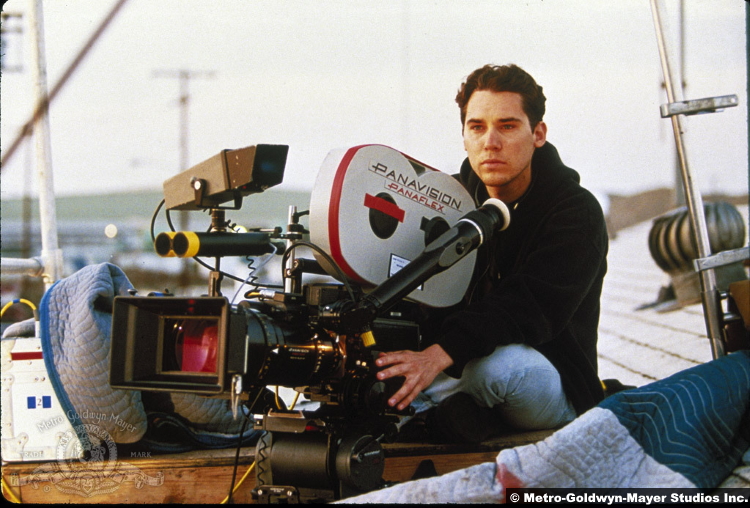 The only important cog in the machine of the movie to come out still smelling like a rose is screenwriter Christopher McQuarrie. He continued writing in Hollywood, as well as directing, eventually pairing up with Tom Cruise as the writer-director of multiple highly acclaimed Mission: Impossible films.

So, while there is so much outside of the movie working against The Usual Suspects, at least the movie itself is devoid of criticism, right? 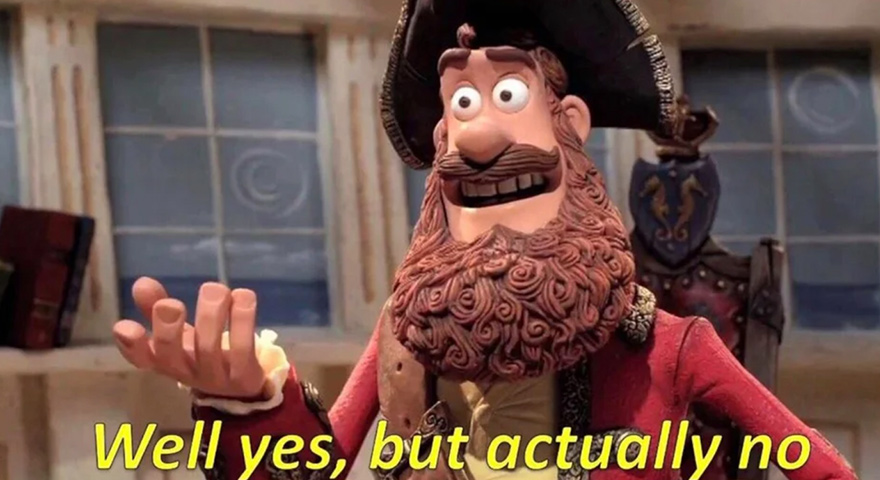 The Usual Suspects (which I will occasionally refer to as TUS) is sort of like the anti-Sixth Sense. Like the classic horror-drama from 1999, TUS has a twist ending so twisty the whole crux of the movie hangs on whether you buy it or not. By “buy it” I mean whether or not the director and screenwriter effectively laid enough clues along the way for you to go back to and realize the truth staring you in the face, as opposed to a “shock for shock’s sake” that comes out of nowhere and seems too implausible to accept. By “buy it” I mean whether or not the film’s big reveal of the twist is done effectively-enough that you feel like a new dimension has been revealed to you, as opposed to a sudden left turn that feels tonally wrong and betrays the film to that point.

It’s a tricky thing to do an effective twist ending.

Unlike The Sixth Sense, The Usual Suspects works in spite of its twist ending. Whereas in The Sixth Sense, if the twist hadn’t happened, you’d be left with a movie about a damaged boy finding some measure of relief from a caring man. It would be slight, but effective-enough to work. The twist adds a new layer, turns the movie on its head, and brings more dramatic depth to its story. Instead of a man helping a boy, it becomes about a boy helping a man too. TUS doesn’t do that.

The Usual Suspects’ twist ending is almost like a punchline.

The movie plants no seeds for its twist. It offers no hints that a twist is even coming. For all of its 100-minute runtime, 98 of those minutes are played straight, with the final two rushing through a “recontextualizing” of all that had been seen up to that point, leaving the viewer with a final flash of frames that make you wonder what was real and what was imaginary. It’s not quite to the level of “it was all a dream” (the gold-standard in how NOT to do a twist ending), but it was just close enough without being that to make for a really ballsy movie.

And yet, despite that 2.5 paragraphs of critique, the movie still works. Why? Because it is so gripping, so well-acted, so sharply-directed, so tightly-written (especially with its dialogue), that it’s impossible not to enjoy. Had the movie been hackneyed from beginning to end, the twist at the close probably would be viewed as a quasi-“it was all a dream” twist and been panned for it. Instead, the movie is rightly praised.

I find it a rarity for that reason. 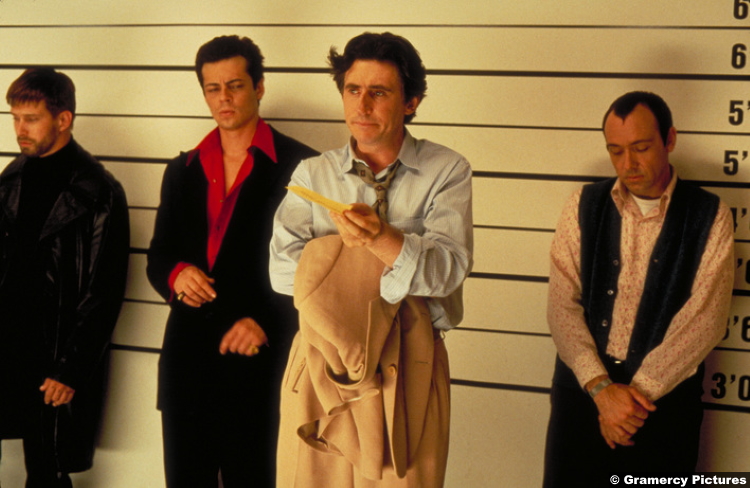 The movie is one of the only—if not the only—films to have a major twist ending that works less the more times you see it. Not to keep comparing it to The Sixth Sense, but in that case, you can go back multiple times and keep finding little clues that point to the truth that’s concealed until the end. With TUS, the odds are, your first time seeing the ending will elicit an “oh wow!” reaction. Naturally then, you’ll want to watch it a second time, hoping to derive some deeper meaning from it. As you do, you’ll start to realize that a movie based entirely around an elaborately improvised lie cannot, by nature of its existence, have any deeper meaning. A lie is a lie. It’s a fabrication.

What’s more, even if some of the things in the bulk of the film were real, they don’t matter, because the nature of the “big lie” in the end is such that none of the rest is supposed to matter. So you’ll realize this on watch number two and, after that, you’ll have no desire to watch it a third time. Should you ever do, you’ll watch it with a cynical, almost annoyed mindset, feeling like the movie is making fun of you for being a sucker that bought into the lie.

The movie flat-out shouldn’t work on the basis that it is less enjoyable the more you watch it.

And yet, it does. Furthermore, the fact that its repeated viewings suffer shouldn’t matter because no movie is the same after its first viewing. There’s no way to recreate the feeling of seeing a movie for the first time over again. So why knock TUS for its failures as a “third-time” watch, when the first time you see it is so enthralling? For that reason alone I will defend the movie. It is gripping, funny, mysterious, thrilling, and ultimately shocking.

And (the first time around) is still awesome…twenty-five years later.