Already we’ve looked at Mortal Kombat, a cult classic if ever there was one. It was hardly an award-winner, that’s for sure, nor was it renowned for its score, its acting, or its writing. In contrast, Braveheart dominated at the Oscars and remains a beloved film even today 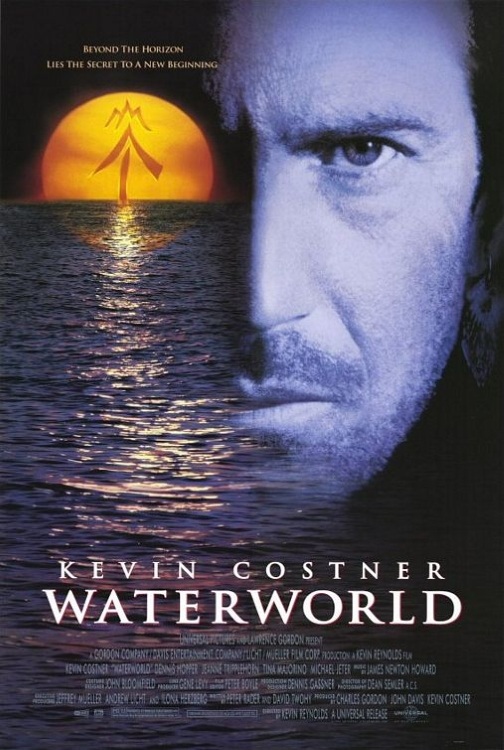 Waterworld’s opening scene features Kevin Costner drinking his own piss. And boy if that’s not a “Kevin Costner/Waterworld metaphor” I don’t know what is.

It’s become a common misconception that Waterworld was a box office bomb. Perhaps people are confusing the film for Cutthroat Island? Waterworld hardly blew the cinema away when it released in July of 1995, but it did make its money back plus a little extra. Probably, with advertising, it came in the red by a hair but made up for that with home video sales. Still, the generally held position is that this movie was Costner’s worst box office earner. It wasn’t, not even to that point; I think Wyatt Earp was a much bigger failure, seeing as it was supposed to be a huge epic with huge box office legs and failed to make even half its budget back.

What Waterworld was, however, was the end of Costner being considered a viable leading man. 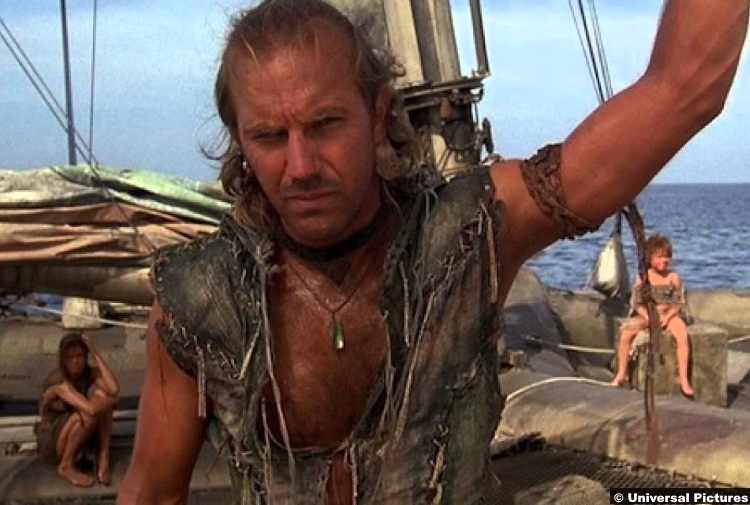 Costner’s performance in the movie was criticized, and rightly so. His character is supposed to be cool in a Han Solo sort of way, a loner not looking for a friend or to be a friend. Despite a handful of strong performances in his career (Dances with Wolves to name one), some of which are derided only in hindsight, his work here is flat and dull. Instead of conveying the quiet charisma of a rogue, he comes off as bored with the material.

And what about that material?

Waterworld was very much a Kevin Costner passion project. Costner seemingly did all (if not very very many) of his own stunts and the movie’s camerawork seems intent on showing you his face throughout the movie’s wildest action scenes. The camera may have loved him, but director Kevin Reynolds apparently couldn’t stand him.

The two previously collaborated on Robin Hood: Prince of Thieves, a movie that critics hated but audiences liked (and I will defend with my dying breath as the greatest Robin Hood movie ever made, fight me). Reynolds would later helm the very good but not great Count of Monte Cristo, while Costner made The Postman as his follow-up attempt at a blockbuster. So, if we’re going to pick sides…I’m just saying.

Count of Monte Cristo > The Postman

Supporting Costner was Dennis Hopper as the film’s villain, and while he puts a good amount of cheesy excitement into his performance, he’s rarely presented as a believable threat and mostly is used for laughs. It works, and it keeps the movie from becoming a chore but it deprives the film of much tension. 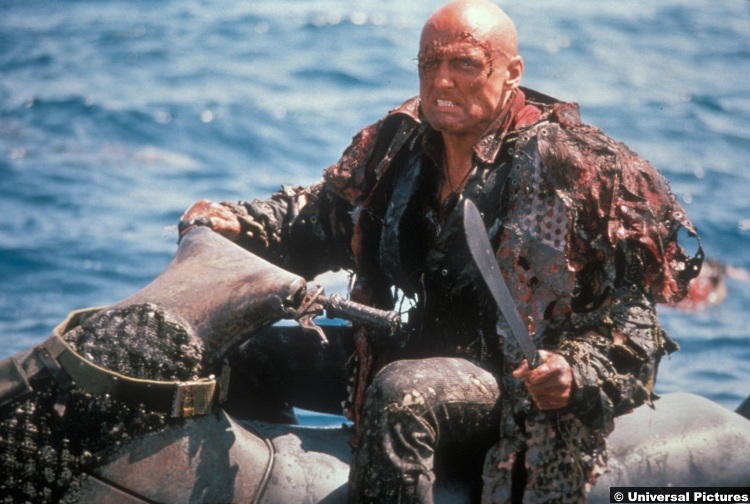 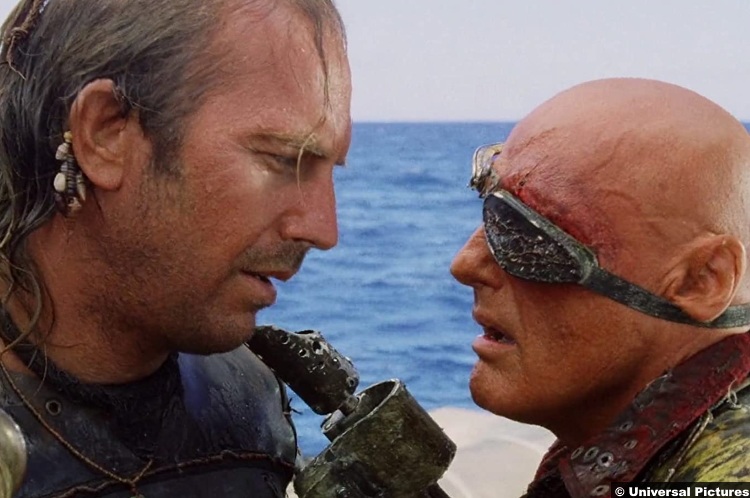 All that said and it sounds like the movie was hardly worthy of remembering, much less making a “best of” list. And yet, despite all that criticism, the movie is still much better than it’s remembered to be. The story is quite good, not only in its setting (a flooded world, pirates and survivors, dry land being considered mythical, etc) but its basic plot as well. This was before the era where big-budget movies decided plots were a nuisance to be ignored as much as possible.

Waterworld takes the time to layer its story so that plot elements are introduced and escalated in a coherent and logical way. For example, Costner’s character is shown to be a trader, bartering dirt (a precious commodity) in the first act of the film. When he’s discovered to be a mutant with gills (which he grew to adapt to the watery environment), he is captured and set to be executed. He survives because the antagonists attack and reveal their search for a little girl who seems to have a map to dry land, leading to the hero and villain establishing their roles and setting the stakes for the film by the end of act one. 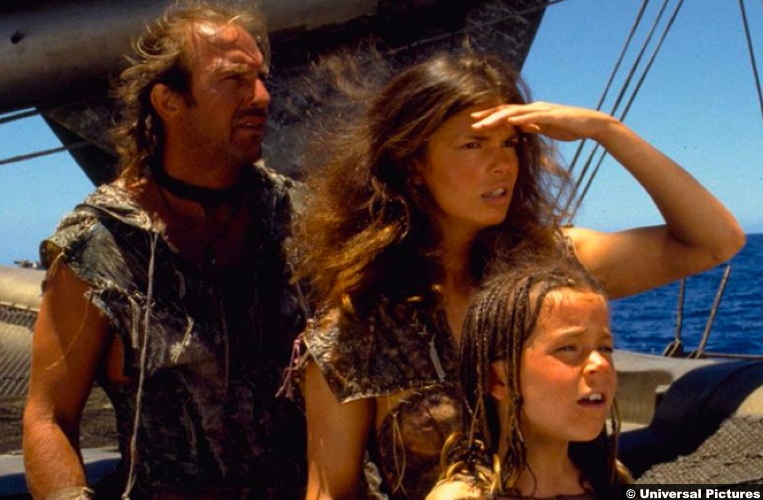 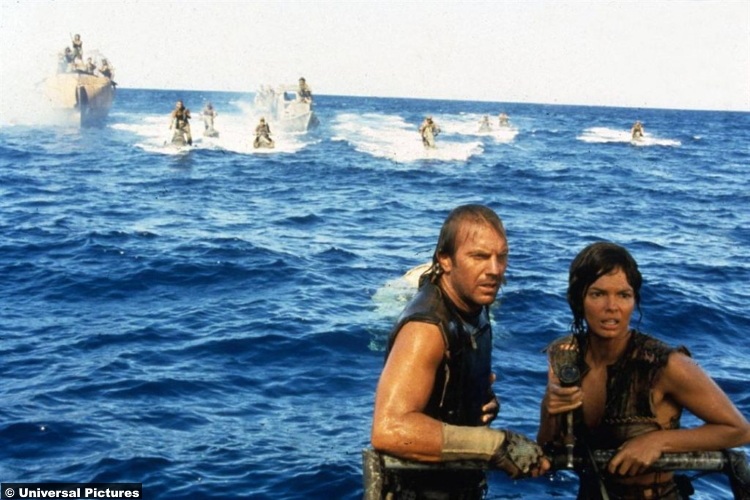 One thing leads to another in a very logical way, which is more than can be said for most blockbusters these days.

The only issue with the story is that it’s a bit too thin for such a long runtime. Shave a half-hour off and this movie might be remembered as a gem and not the cult classic (at best) it’s thought to be.

The interesting premise is conveyed in the opening moments of the movie (before the drinking pee bit), as the Universal Logo version of Planet Earth melts and floods becoming the titular Waterworld. From there James Newton Howard’s score kicks in, driving the action and drama of the movie with a tremendous accompaniment.

Waterworld might’ve failed to leave a cultural impact the way other 1995 films on this list did, but that doesn’t mean it was the disaster or fiasco some dismiss it to be today. On the contrary, if you give the film a rewatch, you might be impressed with the story, score, and especially the inventive and bombastic action set pieces, all combining to a film that is still fun, still action-packed,