Already we’ve looked at Mortal Kombat, a cult classic if ever there was one. It was hardly an award-winner, that’s for sure, nor was it renowned for its score, its acting, or its writing.

Braveheart is my favorite movie of all time.

It doesn’t matter to me that it’s about as historically accurate as History of the World Part One, or that…uh…well…

Come to think of it, what other criticism does this movie ever receive? I suppose Mel Gibson’s not the most popular fellow in Hollywood circles, but can you deny his skill? This was only his second-directed movie! 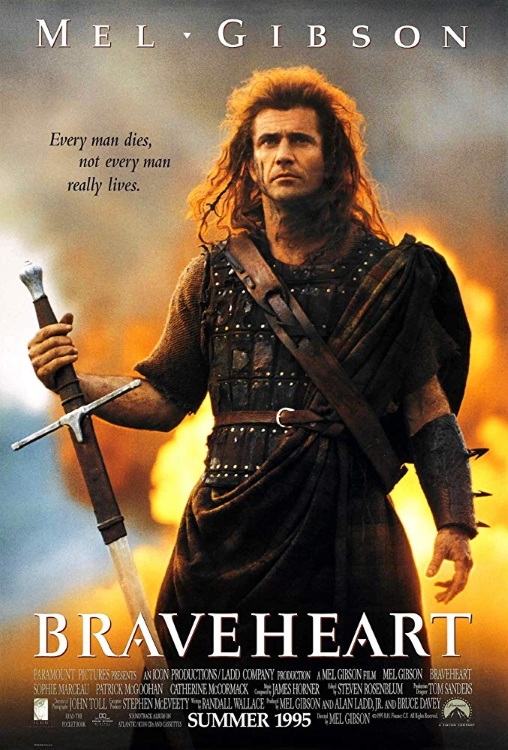 What can you knock against this movie that you can’t also say about 90% of the “historical dramas” released in theaters every year? From Bohemian Rhapsody to Apollo 13, whether a little or a lot, movies based on true events are almost always just that: based on true events. Braveheart is no different.

What sets Braveheart apart is how flawless it is as a movie.

Start with the acting, which is top-notch. Mel Gibson was criticized for taking the role but the fact is, the man himself didn’t want to star. He wanted to direct and wanted someone younger to lead the film, but Paramount wasn’t going to greenlight it without him in front and center. That being said, I can’t imagine anyone else in the role. He’s bombastic in action scenes, soft-spoken in the romantic scenes, vulnerable, fierce, and sometimes completely wild in the eyes. 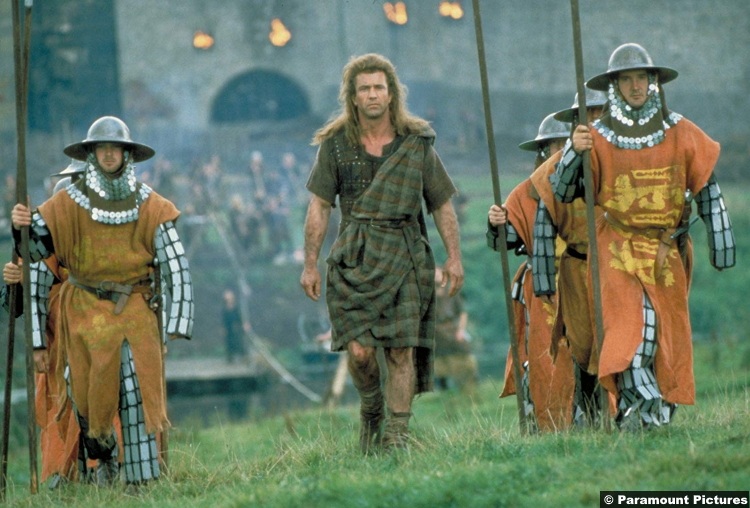 Everyone around Gibson is top-notch as well, with Patrick McGoohan especially delightful as the loathsome Edward Longshanks. He chews the scenery so delightfully, making him the best “love to hate him” villain since Alan Rickman as, well, any of his roles (but especially the Sheriff of Nottingham, and Severus Snape, and Hans Gruber).

And then there’s the score by James Horner, also known for his work on Star Trek II, Titanic, and Field of Dreams. Braveheart is a movie whose ability to move you is divided evenly among three critical elements: Jon Toll’s cinematography (which made every wide shot look like a million bucks), Mel Gibson’s eyes (which made every close shot be filled with emotion), and James Horner’s score, which perfectly captured the Scottish aesthetic, without slipping into being a parody, and which matched the movie’s director step for step, being big and audacious at times, or tender and heartbreaking at others.

Finally, there’s the screenplay which, as stated, is easily the most maligned aspect of the film.

Honestly, how joyless must you be as a person to watch a film like this—so full of drama, romance, action, betrayal, epic vistas, nobility, tragedy, and beauty—ignore all of that and just shrug and say “yeah but, aaaactually, Robert the Bruce was the ‘Brave Heart,’ not William Wallace!” or “aaaaactually, the Scots totally asked King Edward to take over” and “aaaaactually Longshanks was known to be quite the charitable King. He never would have scoffed at the Princess giving away the gold. Actually he would have—”

And what it sacrificed for historical accuracy it replaced with brilliant cinema. I suppose there are people out there, and I shouldn’t attack their personal preferences, who would rather a movie be accurate even if it made for a more dull affair. I would rather enjoy the story being told. Change William Wallace to some other name, change Scotland and England to some other places, and you’re left with a story that is still worthy of its every accolade. 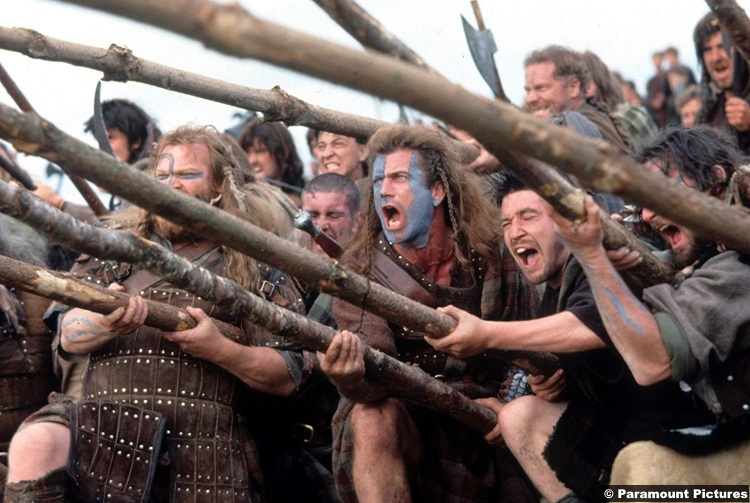 Interestingly, in the past couple of years we’ve been treated to a pair of unofficial/quasi-sequels to Braveheart. The first was Outlaw King, a Netflix original film starring Chris Pine as Robert the Bruce. It depicts Robert’s fight against England in the aftermath of Wallace’s execution. The other film is simply titled Robert the Bruce, and stars Angus Macfadyen as the title character (having already portrayed him in the 1995 film).

Both films set out for greater historical accuracy, both films failed to achieve genuine historical accuracy, and both films—while good—will largely be forgotten in twenty-five years. On the other hand, Braveheart remains timeless. Its stunning acting, gripping story, tight editing, incredible score, and commanding direction will keep it in the cultural zeitgeist long after its actors and creators are gone.

I have loved movies and the art of cinema for as long as I can remember. I’ve enjoyed everything from B-Movie schlock to westerns, epic fantasy to animated adventures, romantic comedies to gritty war films, and everything in between. There are many series’, trilogies, and film-collections that I come back to year after year, but if you asked me to pick one movie; if I could only have one, standalone film with me on the proverbial desert island, this is it. Braveheart is it.

No matter how many times I watch it—and I try to watch it annually—it never fails to leave me in awe of its beauty, or to give me goosebumps when Wallace gives his big Freedom speech, or to make me weep in its final moments. It was awesome upon release in 1995 and it’s still awesome today,