Already we’ve looked at Mortal Kombat, a cult classic if ever there was one. It was hardly an award-winner, that’s for sure, nor was it renowned for its score, its acting, or its writing. In contrast, Braveheart dominated at the Oscars and remains a beloved film even today. Waterworld, however, struggled to leave an impact after release and only now is starting to find a little love. Last month we looked at a movie based on an incredibly popular children’s property and noted how Mighty Morphin Power Rangers: The Movie came out at the peak of the Ranger fad.

Mighty Morphin Power Rangers: The Movie had everything going for it. On the other hand, Tall Tale was, by design, a dated and old fashioned property the moment it released. 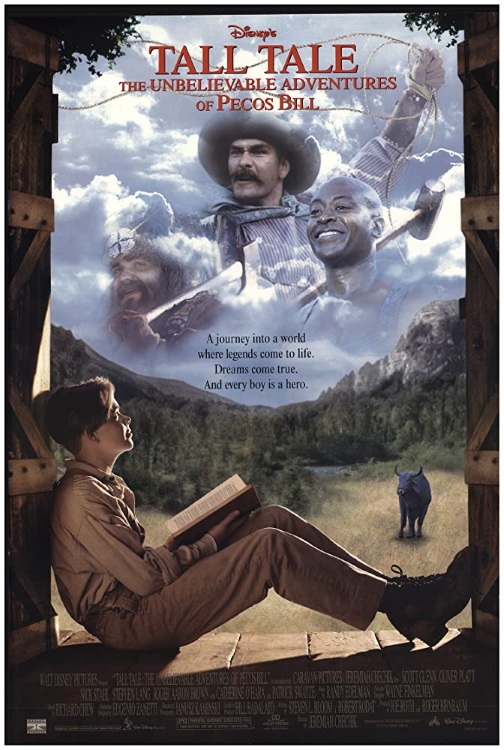 Tall Tale is not a well-remembered movie. If you search for “1995 films” on Google or Bing (don’t laugh) you’ll scarcely find it in the subsequent list. If I was to summarize its quality, I would describe it as “the kind of movie you’d watch during a rainy recess in elementary school.” On that note, if you asked someone of my generation—who would have been between ten and twelve when it came out—if they remember the movie “Tall Tale” the odds are good they would answer “no.” On the other hand, if you said “remember that Disney movie with Paul Bunyan and John Henry and Patrick Swayze as a cowboy, about tall tales?” you might just get a half-hearted “oh yeah…”

Tall Tale, unlike many of the movies on this  “best of 1995” list, failed to leave much of an impression. Mortal Kombat was hardly cinematic art, but everyone knows the property and still associates the game with the film’s techno theme song.  Waterworld is hardly beloved either, but it is remembered, if only because of its infamy.

What does Tall Tale offer the collective consciousness? Not much, and I think that’s a shame. In fact, I’m probably one of the few who, when asked if they remember the movie “Tall Tale” would smile and reply with an enthusiastic “yes!”

The film was conceived as a simple and vague pitch: “What about a movie that brings together characters of American myth and folklore?” That was it and it wasn’t much to go on.  As such, the plot itself is flimsy at best: A sleepy town in the west is threatened by a railroad tycoon who wants to buy out the land and lay track right through its remains.

If you’re keeping up, yes that is exactly the set-up to Blazing Saddles. 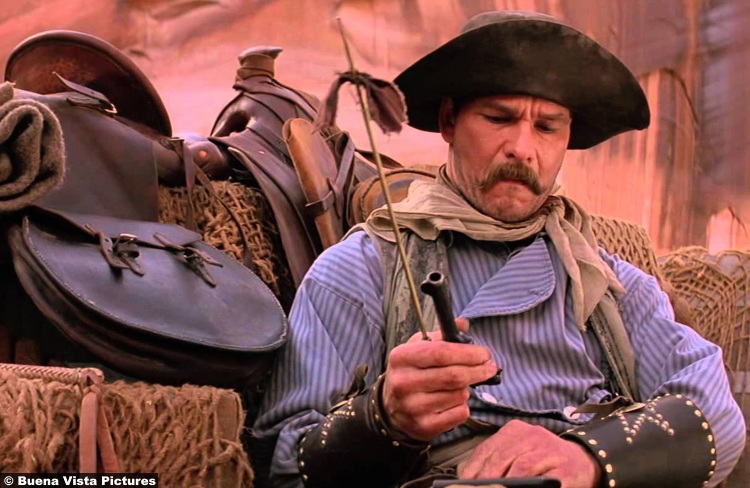 Instead of sending a black sheriff into the town to drive the people out, the tycoon tries to bribe the people, offering fifty dollars an acre. A lone holdout threatens to derail the whole operation and when he is shot by goons in an attempt to steal the deed to his land (which, even in 1905 would certainly never hold up in court), his son Daniel flees with the deed and is whisked away like Dorothy to the barren deserts of west Texas. There he meets Pecos Bill, a legend of Texas mythology dating back to the dawn of the 20th century. Texans will dispute this but there is no evidence of any Pecos Bill stories before Edward S. O’Reilly wrote them in his Century Magazine. O’Reilly claimed they were written by him but based on oral traditions passed around Texas for a generation, but there is zero substantiation and in fact plenty of evidence that he invented them entirely in 1917. As for the other heroes of legend, Daniel also meets John Henry, the famed West Virginia steel driver, and Paul Bunyan, the legendary lumberjack of the northwest.

Each of those famous fabled men had their stories told to Daniel by his dad, though Daniel often rolled his eyes and his father’s sincerity. Thus, his character arc in the movie involves his coming to grips, not simply with the “reality” of the legends, but with the power of believing in them, real or not. This is best represented in the character of Paul Bunyan who, in myth, was a giant of a man, as tall as a tree. In this movie, he’s…Oliver Platt. Granted, Oliver Platt is 6’4 but still, he’s not exactly a giant. When he first appears and is identified as Paul Bunyan you can’t help but think “that’s it?!” That is, after all, the same response Daniel has to the supposed-mythic man. What Daniel learns, however, is to put aside his skepticism and accept these heroes on face value, incredible though they may be.

With a thin plot, Tall Tale might be a bit too much “travelogue” for your taste. It might not do enough with its three big heroes of legend to please you. It might not have any appeal to you at all. After all, John Henry is hardly as revered in pop culture as, say, Superman, so the movie had a tall task in front of it to attract much of an audience. Ultimately, it failed in theaters, bringing in only eleven-million on a thirty-million dollar budget. And, unlike other theatrical failures on this list, Tall Tale did not have a strong second-life on home video. It came and went and was largely forgotten. 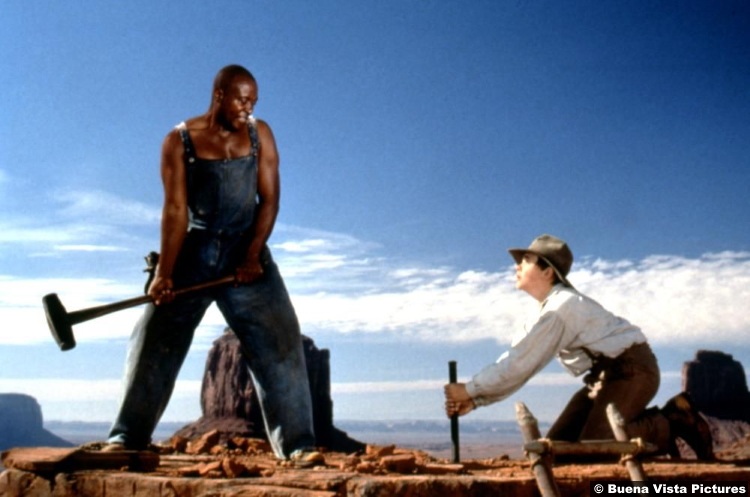 But this is a Disney movie we’re talking about. Disney doesn’t let anything die (mostly).

My family and I watched Tall Tale last week on Disney+, as part of our weekly “Family Movie Night.” Typically we watch films that we’ve all seen many times before, Pixar classics here, a Shrek 1 and 2 there, a little Pirates of the Caribbean. Occasionally I’ll bust out a movie that was special to me as a child, something like Flight of the Navigator or The Sandlot. This one was a complete unknown to my children and, admittedly, it took some convincing to get them to give it a chance.

I’m glad they did.

It’s a wholesome movie, filled with moments of understated heroism, adventure, and reflections of a bygone era. It’s far from perfect, but it is sincere, It is a gateway to learning about the myths and legends of United States history, much like King Arthur and Robin Hood are remembered across the Atlantic. It is a reminder of the simple kind of movies Disney used to make, before they turned their attention to large-scale blockbusters. And—forgotten though it may be—