Already we’ve looked at Mortal Kombat, a cult classic if ever there was one. It was hardly an award-winner, that’s for sure, nor was it renowned for its score, its acting, or its writing. In contrast, Braveheart dominated at the Oscars and remains a beloved film even today. Waterworld, however, struggled to leave an impact after release and only now is starting to find a little love.

Every generation of kids has a show or a toyline or a hot property/fad that dominates their slice of pop culture. It takes over television, toy stores, pajamas, lunch boxes, t-shirts, backpacks, etc. In the 1970s it was Superfriends and Scooby-Doo. In the ’80s…take your pick. The ’80s was the real explosion of this phenomenon, with GI Joe, Transformers, and He-Man just a few of the properties that played tug-of-war for kids’ attention spans.

The ’90s had their fair share as well. Bruce Timm’s DC animated universe was big, as were a pair of Marvel-based properties, X-Men and Spider-Man. Those shows managed to have a tremendous amount of staying power, being enjoyed long after their target audience grew up. No joke, one of the first things my thirty-something-year-old self did after logging into Disney+ for the first time was to search for the X-Men TV series.

Power Rangers, on the other hand, is a weird sort of pop culture phenomenon.

It doesn’t really operate by the same rules as others and, as such, is treated differently than the others too. The animated X-Men series ran for five seasons before being shuffled away to rerun land. The same is true for Batman: The Animated Series, Animaniacs, Tiny Toon Adventures, you name it…unless the name is Power Rangers.

Mighty Morphin Power Rangers debuted as part of the Fox Kids lineup in 1993 but instead of a twenty or twenty-five episode first season, the way most TV shows would have, Power Rangers’ first season lasted a whopping sixty-episodes. It had a production schedule akin to an animated show, which—in those days—typically had a front-loaded first season and smaller supplementary seasons after that, to push the episode count over a hundred (for syndication/reruns). Within that sixty-episode first season, the show introduced its core team of five, introduced Tommy as the Green Ranger, stripped him of his powers, and brought his powers back. Those are storylines fans who grew up watching the show will remember, but might be surprised to learn they all happened in the span of a year. By the time the first season ended, Power Rangers was a phenomenon. It played Monday-Saturday on Fox Kids, giving schoolboys and girls something to talk about every recess.

But Power Rangers was different: Its second season shook things up by throwing away the Dino-Zords and three of the original Ranger-actors. Season three changed zords again (twice, in fact) and by the time the year was ended, the show was completely upended, with “Alien Rangers” brought in as a segue to the Zeo era. By the time that season was over, it was Power Rangers Turbo time and the show hardly looked or felt like the same as it had just four years earlier. The reason I mention the history of this franchise is because Power Rangers is still going on today. It’s technically in its nineteenth incarnation but each version is connected directly to the one before it. None, however, have had the pop culture impact of the first version. That initial three-season run of Mighty Morphin Power Rangers (with their dino, thunder, and ninja zords) was everywhere. By the time Turbo: A Power Rangers movie came out in 1997, the franchise was in a state of obvious decline. Turbo grossed only 9mm at the box office. 9 million. That’s it. Just two years earlier, Mighty Morphin Power Rangers: The Movie released to theaters and grossed 60mm (on a 15mm budget). In 1995 Power Rangers was riding high. With its first movie, the franchise peaked and never recovered. 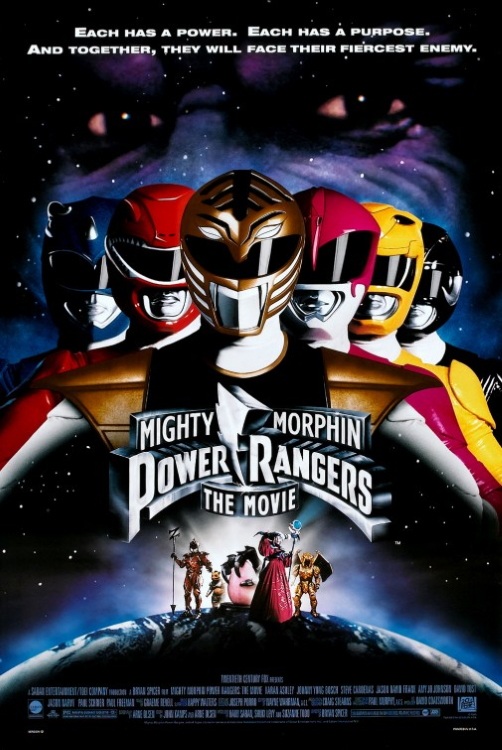 I maintain that the worst thing Power Rangers did was keep going. Had the show ended with closure and resolution after three-to-five seasons on the air, the series would have the same nostalgic appeal as countless other pop culture fads. Instead, the show was created with the idea that, as long as there were Japanese Super Sentai shows to use as source material, Power Rangers would never die. And so it hasn’t…technically. It has died as a pop culture icon, though. The biggest problem with the show’s never-ending nature (as of season four onward) is that everyone who starts watching it always feels like they’re a year or so too old to publicly admit to watching it. It always seems like a show that “stopped being popular a couple of years ago” when it really hasn’t been popular in twenty-five years.

I was the target age for the show. When it debuted I was in third grade. With the movie came out, I was in 5th grade. One year later I would be finishing Elementary School and getting ready for Middle School (for me it was High School since it was a small town and 7th Grade-12th was considered High School); you better believe I wasn’t going to tell people I was “still watching Power Rangers” in the seventh grade!

I was already starting to feel myself growing out of it in 1995 and I distinctly remember asking my mom to just drop me off at the theater and not go in with me; not because I was embarrassed of my mom but because I was embarrassed of my movie. I suppose I was viewing my going to see the film as a prearranged obligation with a girlfriend before a breakup I know is coming. Ninety-minutes later I walked out of the theater with a smile on my face, happy to have experienced a movie that was loud, silly, action-packed, and which brought some new things to the franchise.

I never watched another episode of Power Rangers again.

Well…I never admitted to it, at least.

And yet, twenty-five years later, in prep for this article, I went back and re-watched the movie. I wondered how it would look to my older, more cynical eyes. I wondered if it might trigger my nostalgia the way watching Batman 89 does. As it turned out, it did…although it also undercut that with some horrible 90’s-era CGI in the final battle. Take that out, however, and watching the movie was very much like transporting myself back to 1995, to a simpler time, to an era where TV shows were dumb and cheesy on purpose. It’s not a movie I would have enjoyed had it released just one year later. It’s not a movie I would have even thought about had it come out two years later. It’s not a movie I would have looked back on with any interest ten or fifteen years after release, but now—a quarter-century later—I’m able to go back, having detached myself from the franchise, and see it through nostalgic eyes. 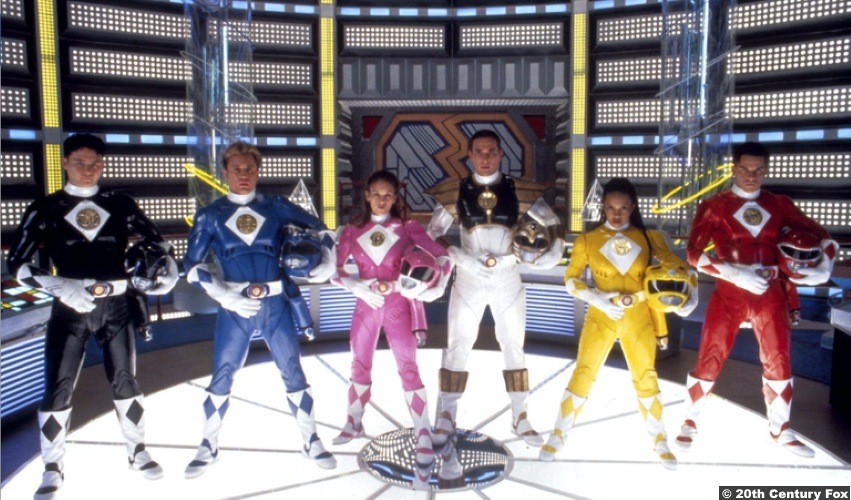 It doesn’t matter to me that the franchise never really went away, that it’s still limping along with different characters and plots. It might as well have ended way back then. This might as well have been the series finale. If it was, it would have been a banging way to go out.

Mighty Morphin Power Rangers: The Movie is not a film anyone should seek out to watch. It’s not a movie for anyone but a select few of a very specific target audience. I doubt even fans of the modern Power Rangers show(s) would enjoy it. You had to belong to a small window of time to get it, but if you were then you can appreciate what this movie was, what it represented, and how the feelings of nostalgia and childlike fun and silliness can be stirred within you when you watch it. It’s hardly a great piece of cinema. It’s barely a film. But for someone like me, a child of the ’90s, none of that matters.

This movie is my childhood in a nutshell, and that means it’s still awesome twenty-five years later.