I was a bit wary when I heard about this show. I was a big fan of the original Penny Dreadful, so I wasn’t sure if a sequel, a reboot–whatever this was–could live up to it. 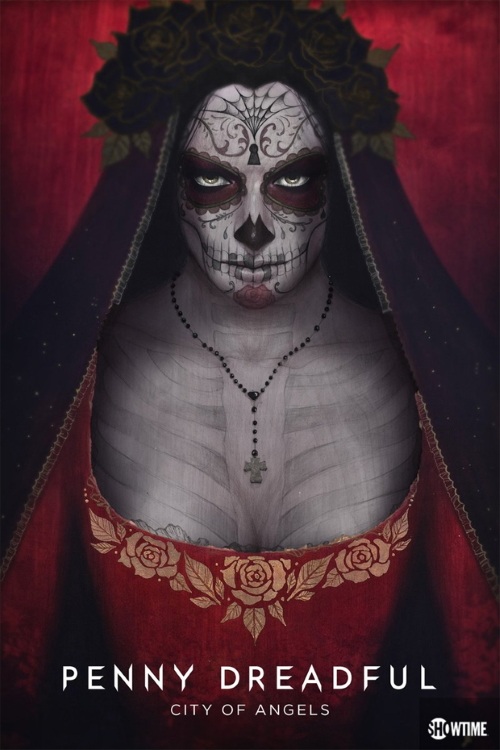 The first question–what this thing is–was answered immediately. This is less a sequel than a variation on a theme. Although Rory Kinnear, who played John Clare on the original show, is here, one show has nothing to do with the other.

This show is set in Los Angeles, obviously, and it’s set during the interwar, the time between the two World Wars. Specifically, in 1938. In case you’re not a scholar of the interwar period, then all you really need to know now is that it was a very fragile time. Much more so in places like Germany, ahem, but things were happening all over that would tip the balance toward war once again.

Although you can’t really tell that from the show, you can tell that 1938 Los Angeles is in a fragile place. We’re introduced to a vibrant Mexican-American community that reminds me a little of the Terminal Island community on The Terror. By that, I mean that it’s a non-white community that’s about to be ripped apart. The cause, in this case, isn’t internment, but supposed progress. They’re going to build a freeway–and not of love–through this neighborhood.

Unsurprisingly, locals like Raul Vega (Adam Rodriguez) are not into this plan. He’s organizing folks to stand against it–“it” being the literal bulldozing that’s planned for the neighborhood. Meanwhile, his brother Tiago (Daniel Zevotto) feels torn. He doesn’t want his family or his community uprooted, but he’s also a newly-minted Los Angeles police detective. (Detective Handsome, more like.) 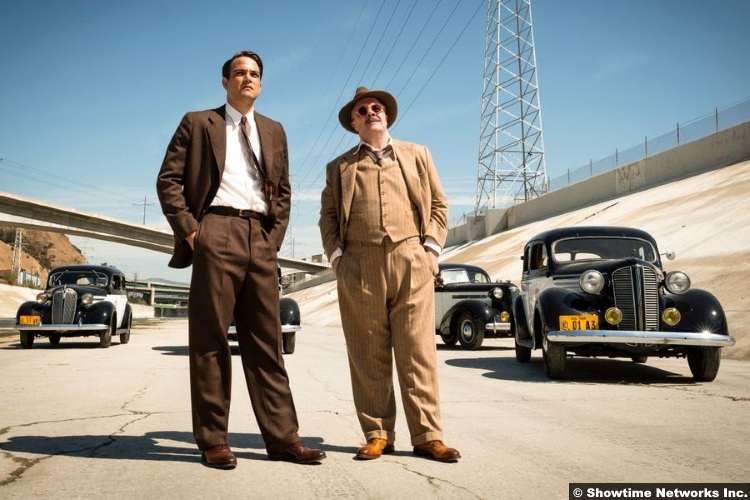 And boy, does his detective career start off with a bang. He and his partner, Lewis Michener (Nathan Lane), are called to the Los Angeles River, where a family of four are displayed in a ritualistic fashion. They’re cut up in about a dozen different ways and their faces are tarted up like sugar skulls. And there’s a message in Spanish painted nearby: “You take our heart, we take yours.” They don’t get far in their investigation, but I’m sure we’ll come back to it.

We’re also introduced to Dr. Peter Craft, Rory Kinnear’s new character. We meet him as a very sweet man, so of course, he’s hiding something. Specifically, the German immigrant is hiding a Nazi flag and a membership in the Amerikadeutscher Bund, an organization for German-Americans dedicated to promoting the Nazi cause in the United States. Not that we have to look too far to find Nazis in America. (Whew, glad that times have changed.)

For that, we have Richard Goss (Thomas Kretschmann), a Nazi architect who’s planning to propel a city councilman, Charlton Townsend (Michael Gladis), to the office of mayor. Why he’d want to do that is obvious–Nazi control of a big city mayor would be very helpful. But there might be other factors at work, too. We’ll just to have to watch and find out. 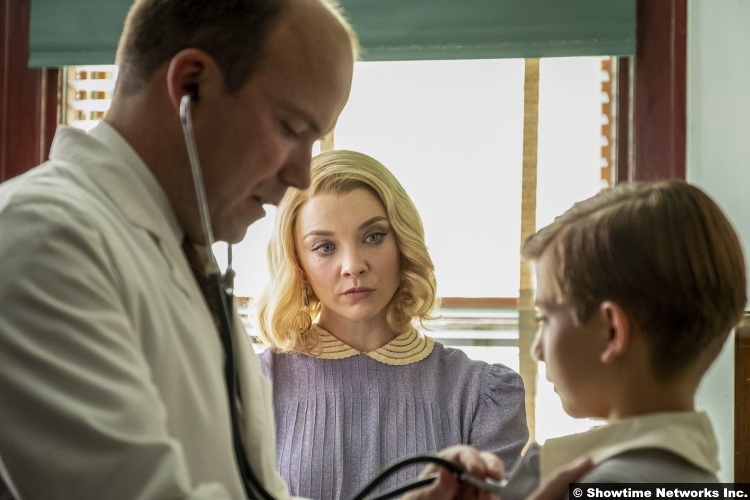 And if all of that isn’t enough, there is supernatural evil at work, too. At the beginning of the episode, we meet both Santa Muerte (Lorenza Izzo), a kind of saint of death, and her sister, Magda (Natalie Dormer), who’s a real pill. We also meet her as Elsa, the mother of one of Craft’s patients. And Alex, Townsend’s assistant. She has her fingers in all the evil pies.

What she does exactly is subtle in a way, but also not. She whispers poison into folks’ ears, basically. So when the police square off in a confrontation with Raul and the community, she whispers into a young policeman’s ear. Sure enough, he fires into the crowd, which sets off a riot. Then she whispers into Raul’s ear. He picks up a gun and then starts picking off police officers, before finally shooting Michener in the arm. Before he can kill him, though, his brother Tiago shoots him in the chest. 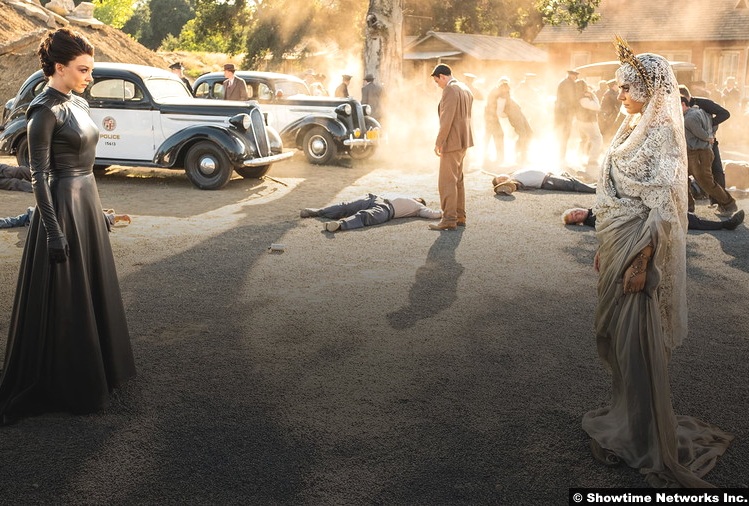 This isn’t the first time the Vega family has had a run-in with both Magda and Santa Muerte, though. A long time ago, Magda set a field on fire and killed all the workers, including Raul and Tiago’s father. Tiago was in the field that day, and tried to run to his father as Santa Muerte cradled him. She pushed him away, though, saving him and leaving him with her handprint on his chest. It seems they have a connection. And I’m sure we’ll return to it.

8/10 – This is not the same Penny Dreadful we all remember (and I, at least, love). It’s something different and something all its own and it’s pretty darn good so far.