Review: Houdini and Doyle – Is it worth watching?

There is a lot about Houdini and Doyle, the series based on the real friendship between Harry Houdini and Sir Arthur Conan Doyle, that will seem familiar. The Victorian setting with a crime-solving duo will remind you of a number of things, including obviously, Doyle’s most famous creation. Knowing that, though, does the show stand out? Let’s take a look. 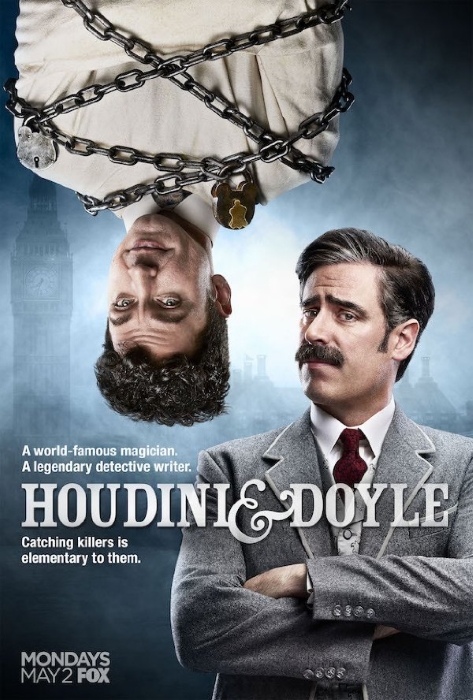 Houdini and Doyle might be old hat to viewers in the UK, having been airing since March, but it just began airing in Canada and the United States, at the beginning of May. (In the latter countries, it airs on Global and Fox, respectively.) I couldn’t even begin to tell you how it fits in on Global–sorry, Canadian readers–but at first glance, it seems a good fit for Fox’s quirkier offerings, like Sleepy Hollow. In fact, that’s one of the comparisons that sprang to mind when I was watching this show, since Sleepy Hollow is also kind of about a crime-solving duo. Or you know, it was. 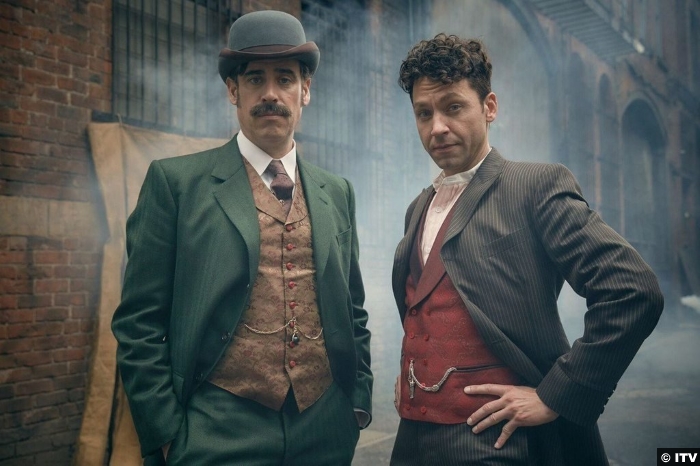 As mentioned, the concept for Houdini and Doyle is based on the titular duo’s real-life friendship, which you might have heard of before, especially if you’ve seen the movie FairyTale: A True Story. As the movie, based on the story of the Cottingley Fairies, depicts, their friendship was based in part on their mutual interests in supernatural subjects like spiritualism. Their pet stances on the subject might be surprising to you, though. Doyle, whose most famous creation is a marvel of logic, was the Mulder in this relationship, while the man who earned his fame through death-defying feats was the Scully. Houdini took great pleasure, in fact, in debunking fakes.

The character Houdini (Michael Weston) explains on the show that he feels a responsibility to do so because of his act: he’s made people believe in the fantastic, which then made them vulnerable to frauds. Why Doyle is more willing to believe is not as explicitly spelled out from the pilot, but it’s implied that it has something to do with the illness (coma?) of his wife. The character Doyle (Stephen Mangan) is wounded and he clings to hope, seeking spiritual truths through the likes of fortune tellers. 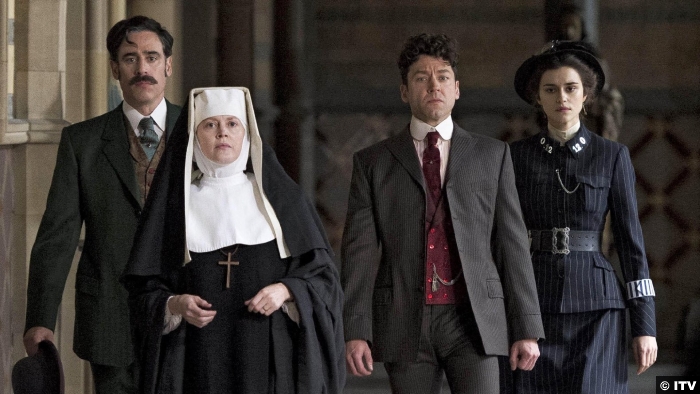 Balancing the two is Constable Adelaide Stratton (Rebecca Liddiard), whom the pair meet when investigating their first case in the pilot. Stratton is assigned to babysit them by her boss, who clearly doesn’t think too much of the idea of a lady cop, as Stratton’s office is in the darkest corner of the basement. God only knows how she got on the force to begin with, but her talents are clearly not being put to their optimum use.

How she got on the force is still a mystery–in actual British history, the first policewoman wasn’t sworn in until 1915–but the why is made clear in the pilot. During their investigation–into a few nun murders that appear to have been committed by a ghost–Houdini dismisses her for buying into the possibility of the supernatural and suggests she go wife someone, instead. The nuns run a Magdalene Laundry, which if you don’t know, you can learn from the link were awful places. She tells Houdini that without a job and thus, her own money, she could end up in a place like the laundry. Or if she’s lucky, she can go and be someone’s wife, which in that era was just a fancier prison. 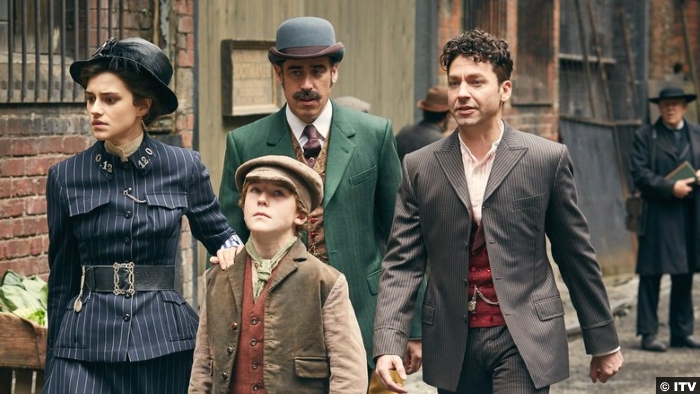 That kind of talk seems a little anachronistic for the era, but right in line for this show, which as established, likes to play fast and loose with actual history. That talk does fit in better, though, with the second episode, which is about the murder of a suffragette. In fact, the sexism depicted, like Stratton’s boss telling her that Houdini praised her work and so obviously they must be having an affair, is the most realistic part of the show. And if that sounds like I’m damning with faint praise, you are hearing me correctly.

This show just doesn’t work. For one, Doyle obviously isn’t Sherlock, but the author’s approach to solving cases is baffling. Rather than use logic or you know, look at the evidence, he’s flitting off to the fortune teller. Houdini and Stratton don’t have that problem, thankfully, but their issue is their glaring modernity. The way they talk doesn’t feel right for the times. In addition, the show seems to be pushing them toward a romance, when their relationship is blissfully chemistry-free. You know who else’s relationship lacks chemistry? Houdini’s and Doyle’s! They’re supposed to be begrudging buds, but they come off like two guys who’ve maybe heard of each other. And they are dull as the proverbial dishwater. Stratton is the only one who has spark or verve or moxie or whatever you want to call it, but she can’t carry this show alone.

6/10 – Despite its interesting premise, so much of the show doesn’t make sense, doesn’t ring true, and doesn’t keep my attention. The concept of famous author and famous friend who does something else AND they solves mysteries is an interesting one, though–how about we try again, but with Mark Twain and Nikola Tesla? In the meantime, we still live in a world with Elementary, Penny Dreadful, and The X-Files, all of which do the basic premise of the show much more successfully. (There’s also Sherlock, if you’re into that.)