Earlier this week, I saw the movie Georgetown, which is based on the true story of a fantasist. I won’t tell you where it all leads (although you can find out for yourself), but I will say that that kind of life seems awfully (and unnecessarily) stressful. Once all those lies start piling up, it’s a full-time job keeping them all straight. That’s what I was thinking when I watched this week’s Roswell, New Mexico.

Because while bringing Rosa back might have sounded good on paper, the execution obviously is a lot more complicated. I mean, I miss my grandmother and would love it if a space alien could somehow return her to life, but uhhhhh…how would I explain that to everyone? 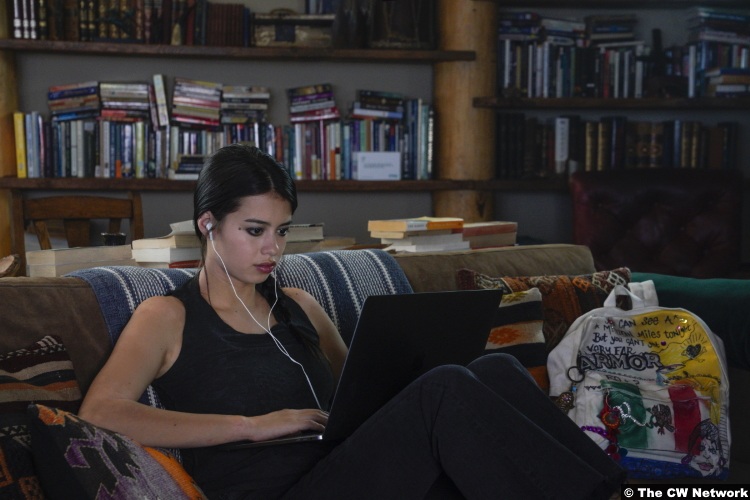 Of course, outside of that, explaining my grandmother’s passing to her would be a lot easier than explaining to Rosa what happened to her. That is to say, she doesn’t take it well. It doesn’t help, of course, that Liz lied to her, telling her that everyone mourned her. Finding out that not only do people believe she’s a murderer, but also that her death stoked the flames of hatred is a lot.

So unsurprisingly, Rosa, who is still a teenager, starts falling back into her old patterns. She’s mad at Liz and resentful of Max. And she’s edging closer to substance abuse, because it’ll blot out the dreams in which Max appears.

And Liz can’t focus on Rosa, not completely, because she’s still trying to solve the mystery of bringing Max back to life. To that end, Alex sets her up in an old Indian residential school. Although they skate over that, it’s noteworthy that they even mentioned it, because they didn’t have to. But they did. 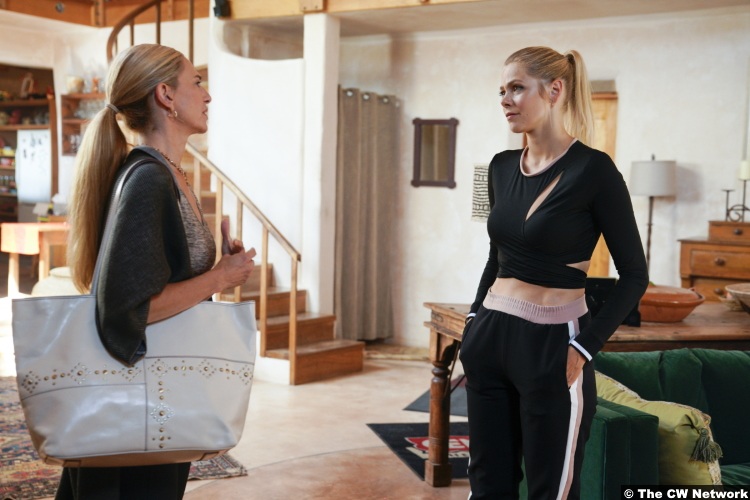 [In case you didn’t know, Indian residential schools were set up in the United States and Canada in the late 19th century. They were brutal, oppressive places where children who had been snatched from their homes were sent so that the goblins who ran these places could “kill the Indian, save the man.” What that meant in practice is that native kids were abused into abandoning the rich cultures that produced them. They lost their hair, their native names, their languages, and a little piece of their souls. There’s plenty of sources out there for more information, but here’s one.]

Anyway, now that I’ve gotten that out of my system, back to the show. Liz’s experiments don’t come to much because she gets arrested for Rosa’s vandalism and is unable to finish them. But as per usual, she’s not the only one with issues.

In fact, Isobel has a pretty big one. Did I forget to mention that she’s pregnant? Yeah, so there’s that. And while she takes advantage of Liz’s distraction to swipe some of that alien-go-away juice, I’m curious as to what she means to do. I mean, the obvious implication is that it’s an abortifacient, but she could just be trying to weaken any Noah-like tendencies. After all, she couldn’t throw “the lentil” in the fire. It’s not beyond the realm of possibility that she’d want to keep it, even after finding out who Noah was. She just lost her brother, you know. 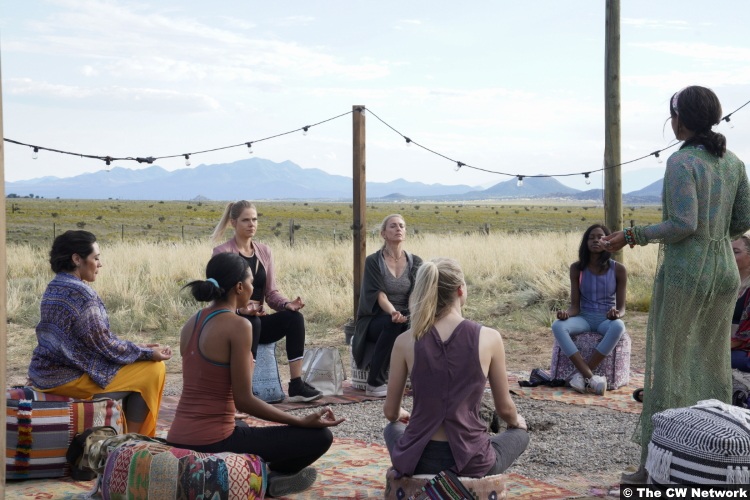 And speaking of loss, Mimi is still missing this week. Although she’s putting up flyers, Maria also tries a little bit of distraction for herself, running that spirit-cleansing meeting that I enjoyed every minute of. In addition, she comes to a kind of detente with Michael, who’s having his own mother-related problems. Alex has told him his mom’s human name, Nora Truman, and has found out she was in Roswell for a whole year before they took her to that awful alien prison. So, there are probably still folks in town who knew her.

That’s just something for him to think about as he takes up watch outside The Wild Pony, waiting for someone else’s mom to come home.

Things I didn’t get to: The Manes men, minus Alex, are obviously up to something. There are scant details so far, but it’s something bad, I’m sure. Also, that seemed to be a meet-cute between Kyle and the chief (dean?) of surgery’s daughter, but I’m not sure how I feel about that. I didn’t care for her, to be quite honest, and her little speech about healthcare does not play well in our current times.

8/10 – While we’re still in the table-setting part of the season, I like that they didn’t drag out Rosa’s finding out the truth and the “truth” about her death.