As I mentioned in the review of the last episode, Noah’s comments hinted toward there being something special about the pod squad. While there’s still no indication this week that they’re royalty (or royalty-adjacent), Max is maybe something more.

He’s maybe the alien messiah. Actually, Noah’s comments seem to explain Biblical miracles as extraterrestrial, so it would be easy to dismiss if it weren’t for what happens in the last scenes of the episode. But let’s hold that thought for a moment.

We pick up where we left off last week, with Max and Michael’s stand-off. It’s pretty much a non-starter because Noah is stronger than they are and is at The Crashdown before they even come to. And he grows even stronger once he takes out Hank. Rest in…something, Hank. 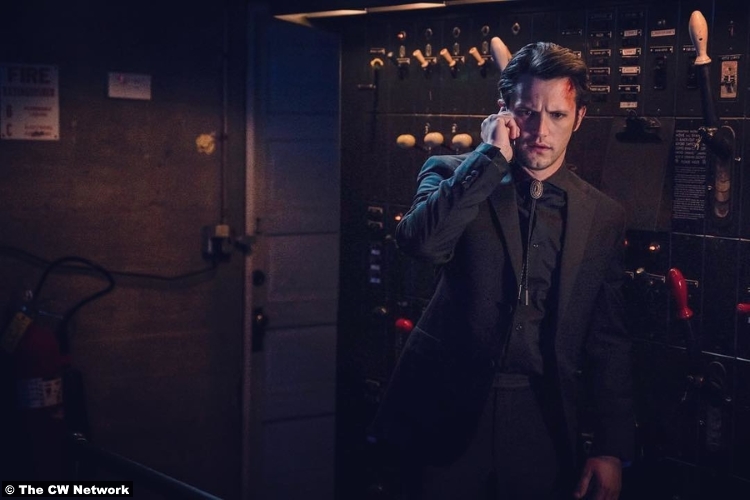 But in the end, it doesn’t matter, because Max calls down lightning and ends Noah’s life. At least Isobel got to tell him that she didn’t love him. As much as she wanted him to be her person, there were clear signs that it wasn’t meant to be. And I don’t just mean the obvious ones, like that Noah turned out to be a murderer obsessed with a teenage girl. I mean that she waited until the absolute last moment before she could show him who she really was. Even after a marriage, she didn’t trust him enough.

But trust is behind a lot of the scenes this week. Max has always implicitly trusted Liz, even when she didn’t feel the same way. And now that she does, she does show him who she really is. Unfortunately, it seems like he learned the wrong lessons.

I described him as a control freak last week and that does not abate this week. Max has trouble trusting that people know what they want. So he decides for them, as he does with Michael’s hand. Michael has been clear about why he chose to live with the damage, so it’s startling to watch Max basically force a healing on him. If Max really is alien Jesus, then this is troubling foreshadowing. I’m struggling to picture actual Jesus acting in the same manner. “No, thank yo–” “YOU ARE HEALED, MY CHILD.”

But then again, Michael seems to want something easier, especially after the events at Caulfield. To that end, he puts a pin in his relationship with Alex, as it’s brought him immense pain in many forms. I am sure it’s not the end of Malex, at least not if the show gets another season (please and thank you), but I understand it was upsetting for many fans. 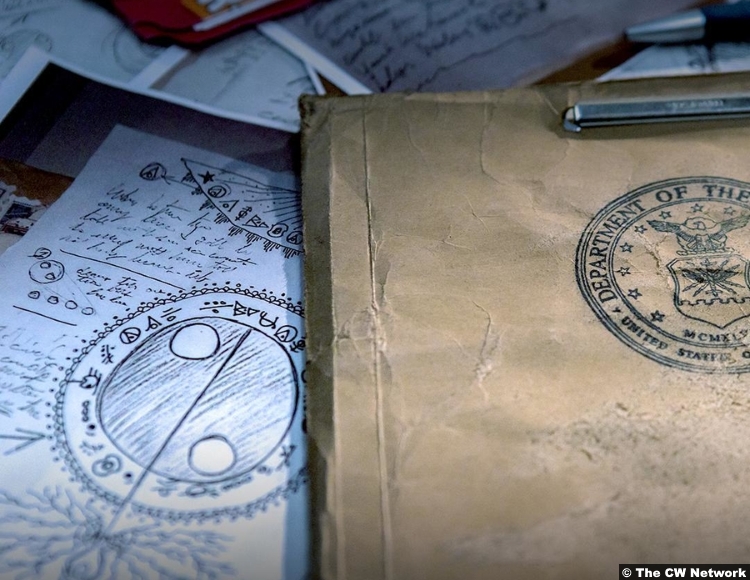 It’s upsetting to me on a minor level, because in choosing Maria–at least for now–she gets subsumed into this love triangle. Showrunner Carina Adly MacKenzie has admitted Maria’s storyline didn’t turn out as she’d planned this season, saying, “My intention was for it to be a very slow burn, and then we sort of reduced her to something less than she had the potential to be.”

Again, if there’s another season (again, please), there will be a course-correction for this. In other words, give Maria her own storyline. Hell, give her a fun love interest we haven’t met yet. That’ll be better than a guy choosing her because she doesn’t really know him.

Someone else who could use a little more to do is Kyle, who basically shows up this week to illustrate the silliness of American gun laws and knock Jesse Manes into next week. Regarding the latter, he deserves it for a number of reasons, but this time, it’s because it turns out he pushed Jim Valenti into the cancer alien’s cell. And also for telling Kyle to “say hello” to his dad just before Manes tried to shoot him. Sweet dude. 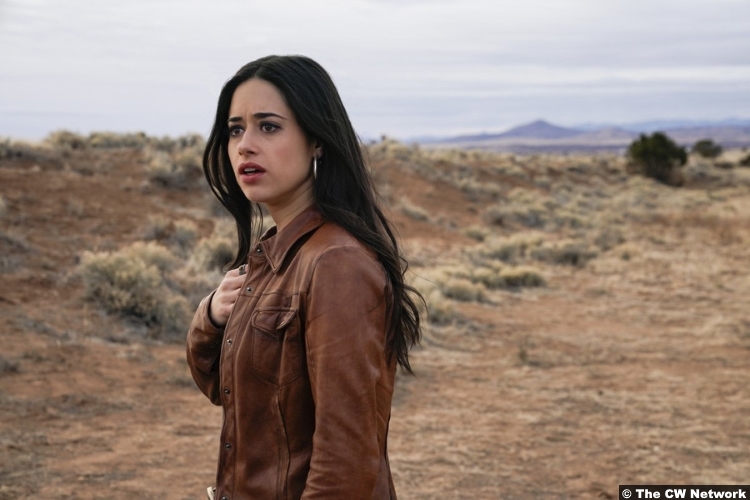 While Max and Liz are…let’s say bonding, Michael and Isobel discover Noah’s cave, where they suspect he squirreled away the antidote. They discover something else, though. Somehow he’s gotten Rosa’s body, which he’s left in a pod. And although Michael and Isobel both strongly advise against it, Max wants to raise her from the dead.

It’s a terrible idea for a number of reasons, including the question of how exactly they’ll explain her return, but mostly for what it costs. Because when Liz comes to the desert, searching for Max, she finds her sister instead. Max is back in the cave, unable to be roused, arms spread wide in a Christlike pose. And that’s where he’ll stay, unless we get another season (and again, please).

8/10 – While this was a fine season finale, I hope I’ve made it clear that I hope it’s not a series finale. While Noah has been vanquished, thanks to Lightnin’ Evans over there, there are still many more stories to tell. And if there is another season and Max comes back, I hope our alien overlord learns to tell people what they need to know. Oh, and listen to what they actually want.

Thank y’all so much for visiting with me this season! I’ve enjoyed reviewing this show and I hope y’all have enjoyed reading.

Note: The Cee Dub released only one (1) promo photo for this episode, so I’ve subbed in a couple from previous episodes.