In rural Utah, there’s a homestead that’s become known as Skinwalker Ranch. According to the lore, all manner of supernatural activity, particularly alien-adjacent weirdness, has gone on there. I mean, you name it–odd creatures, cattle mutilations, strange lights, UFO sightings–they’ve all been reported at or near the ranch. And a fictionalized version is where Blue Book heads this week.

There’s a family of three living there–the Chapmans, perhaps based on the real-life Shermans who lived there. Anyway, their child is having sleep disturbances. This would be unnerving enough, especially since he sleepwalks into the woods outside. But when they follow him, balls of light appear and they see a sinister form in the distance. So, they report this incident, which makes its way to Blue Book. 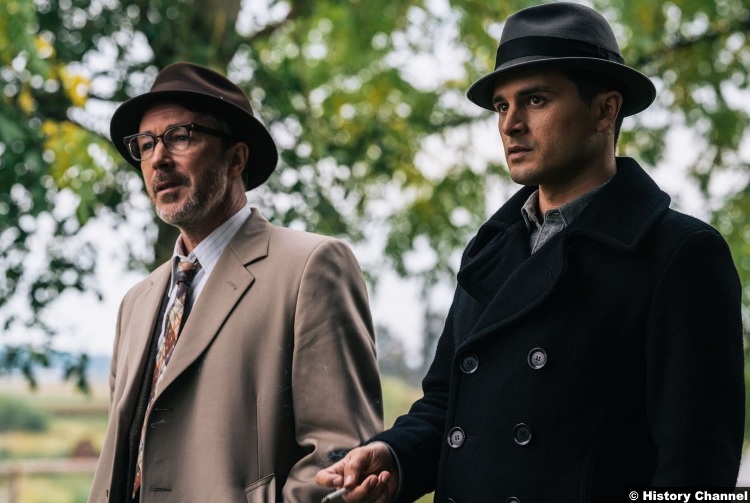 When Dr. Hynek and Quinn make it to the ranch, it all seems a bit obvious at first. Balls of light could very well be ball lightning, after all. And as for seeing someone in the woods, well, it was nighttime and our minds and eyes often work in concert to play tricks on us. There’s a phenomenon called pareidolia, for instance, which describes our tendency to look for patterns in things. And these patterns are often faces.

However, when the Chapmans take Quinn and Hynek out to the woods, it certainly appears as if something out of the ordinary took place. There are burned-out areas and grotesque effigies. They also see a big wolf person. I don’t mean a person like me who loves wolves–I mean a man dressed in a wolf’s fur. Or maybe a dog’s. Anyway, that is the Chapmans’ neighbor, Edmund (Christopher Heyerdahl), a certified weirdo. 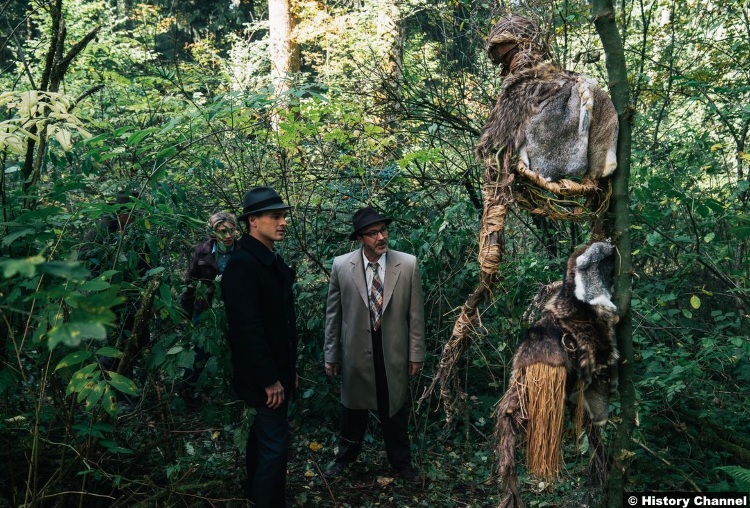 He is full of foreboding about the area, claiming that it was cursed by the Diné [Navajo] as part of their grudge against the Utes who held them captive. Sure. Apparently, the curse means that skinwalkers will torment anyone who inhabits the land or even trespasses upon it.

This is all, obviously, nonsense. Skinwalker lore is definitely a part of Diné culture, but if you’re not Diné, then you don’t know what you’re talking about. They don’t discuss it with outsiders, even other natives. As Adrienne Keene wrote, “What you do need to know is that the belief of these things (beings?) has a deep and powerful place in Navajo understandings of the world. It is connected to many other concepts and many other ceremonial understandings and lifeways. It is not just a scary story or something to tell kids to get them to behave, it’s much deeper than that. My own community also has shape-shifters, but I’m not delving into that either.”

Me too, neither. And I would be furious if it turns out that after all this “it wasn’t really aliens,” it really is skinwalkers. So it’s great that it’s not. Whatever is happening to the Chapmans and the land is something weirder. Both Quinn and Hynek see strange figures. They experience an earthquake, which should be nearly impossible where they are. So what is going on here?

After another nighttime scare with the Chapman boy, Hynek and Quinn find a secret passageway–love it–in the family’s pantry. They follow it down to a tunnel, which leads to a testing facility for the local Air Force Base. Man, these AFBs are really into their experimental kookery. This one is testing out Tectonic Strain Theory–basically, the theory that UFO sightings and other odd phenomena are actually natural precursors to seismic activity. So, they’re causing the seismic activity in hopes of maybe creating a fear weapon. It reminds me of one of the suggested “causes” for the incident at Dyatlov Pass. Some folks have theorized that infrasound–low-frequency–made the hikers panic.

In any case, Hynek and Quinn essentially blackmail the base into paying the Chapmans for the trouble. But, of course, the trouble never really ends, does it? Because another family is looking at the property by the end of the episode. 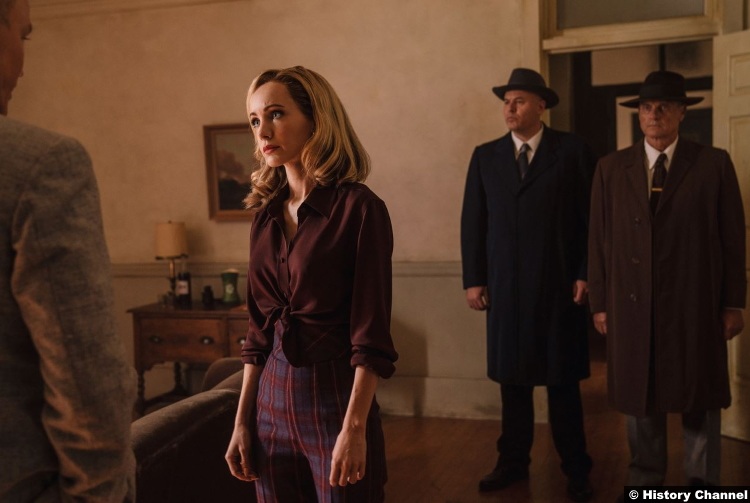 And speaking of trouble, “Susan.” Unfortunately for Susie, she’s still cleaning up at Rizzuto’s when General Harding stops by. He doesn’t buy her story–that she’s Rizzuto’s girlfriend–for a second, so he hauls her in for questioning. Neither he nor General Valentine are able to crack her, so they let her go. However, they’re still planning to keep a tail on her. Boy, won’t they be surprised when they see her with Quinn!

9/10 – The only fallout from the Robertson Panel so far seems to be that Mimi is shut out of the Blue Book office and out of her UFO group. We’ll see if anything more is to come. As for the rest of the episode, specifically the Utah parts, it was a real standout. The show can sometimes get into a pattern with its investigations, but these scenes were genuinely spooky. Great for watching in the dark!