As I mentioned in my review of the first episode, one of the real-life Dr. Hynek’s claims to fame was the “Close Encounters” scale. If you’re not familiar, then the easiest explanation is that it’s a way to categorize human interactions with aliens. If you’re familiar with the phrase itself, then it’s probably because of a little movie from 1977.

Although Hynek created the concept, Steven Spielberg’s Close Encounters of the Third Kind was probably most responsible for popularizing it. And even though the movie is over 40 years old, I won’t spoil it for anyone who hasn’t seen it yet. It’s enough to say that it’s about a man, Roy Neary (Richard Dreyfuss), who sees a UFO. That is, after all, what the “third kind” is. (The fourth kind, by the way, is abduction.) 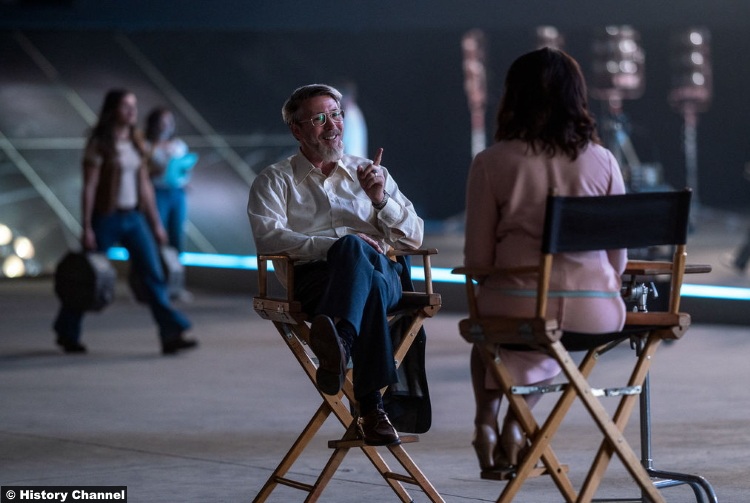 I also mentioned in that first review that the real Hynek was a consultant on the movie. And that’s where we find the fictional Hynek this week, in a flash-forward to the 70s. He and Mimi are on-set, being interviewed by a journalist. She wants to know about Hynek’s work, but especially about the infamous Robertson Panel. The Panel was a committee that met in 1953 to review Blue Book’s work. As on the show, it was prompted by a request from the CIA.

So Hynek’s interview is set up as a framing device to show us flashbacks to the Panel and to a case they investigated. The case is actually brought to them by Mimi. She introduces Allen to a man named David (Bronson Pinchot), who claims that he can communicate with aliens. He seems–and not to put too fine a point on it–bonkers. But they’ll go with it, because what else can they do? 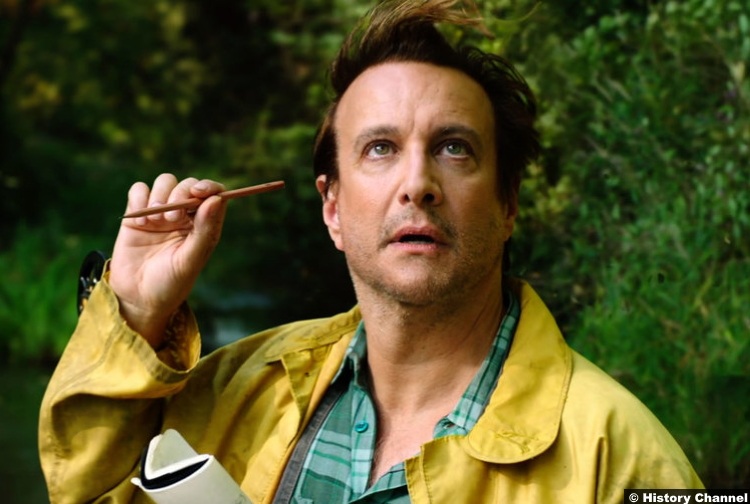 The Robertson Panel, after all, is a disaster. Hynek’s been charged with reading a statement provided for him by Valentine, which he’s uncomfortable with. And the men running the committee don’t even seem the slightest bit interested in examining their material. Then Daniel shows up.

I was being a bit glib last week when I said, after the announcement of the panel, that that’s why you shouldn’t be friends with a spy. But it turns out I was eerily prescient! Because Agent Banks comes in and absolutely tanks the program. He just shoves Hynek and Quinn and their little UFO program under the bus as hard as possible.

And while it’s shocking, it’s also believable. After all, Agent Banks works for the Central Intelligence Agency, not the Air Force, and I imagine he’d like his paychecks to keep coming. 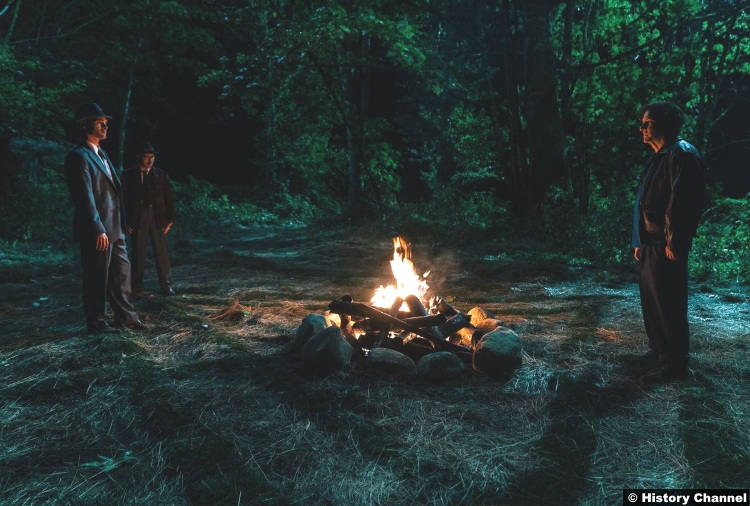 Outside of the panel, Blue Book visits a supposed UFO crash site with David. He puts on a performance of channeling an alien that is…also bonkers. David, by the way, is a composite character based on people like George Adamski. Adamski was known for his claims about seeing multiple UFOs and having contact with “Venusians”–you know, the aliens from Venus.

But although his story and behavior are ridiculous, David ends up saving the program for them. He marches into the committee meeting and lays some absolutely wild nonsense on them. Then Quinn is like, “And that’s why we need Project Blue Book, because people really believe in this stuff.” And somehow that saves Blue Book? I don’t know. I don’t really understand the motivations here, but it’s expected. We’re just following history.

And while all of that is going on, Susie makes nice with Rizzuto, who helps her get in contact with her daughter back home. Then she makes good on her word to Daria and kills him. Again, that’s why you don’t make friends with spies.

8/10 – Whew, that was fun. This episode was a bit difficult to write about it because not a whole lot happens. Or at least, not a whole lot of different things happen. They meet with the panel, they talk to Daniel, Hynek wears his groovy 70s threads and talks to the interviewer. But somehow it never feels sluggish, and the flash-forward is a fun gimmick for a show that doesn’t rely on those. And hey, it all ended up saving Blue Book. (Now bring me some aliens.)