In 1955, in small-town Kentucky, a family arrived at the police station with an incredible tale. For ’round about 4 hours, the family had been under siege. The attackers? At least a dozen little men.

No, not those. And despite the fact that the invaders would later be described as little “green” men, that wasn’t in the first descriptions, either. In fact, there wasn’t much evidence of anything, outside of a gun battle. It was clear the family had shot up their own house, but what, if anything, were they shooting at? 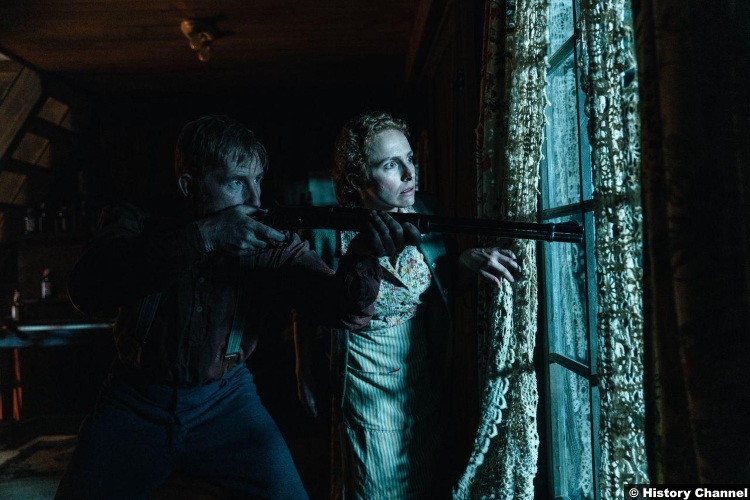 Before we get to the most commonly accepted conclusion, let’s talk about the show. Because the Kelly-Hopkinsville encounter, as it’s come to be known, is the inspiration for this week’s episode. A family in Kentucky, billed as the Shoemakers, reports the same kind of experience as the historical encounter. So, of course, Hynek and Quinn have to head on down there.

What they find seems pretty straight-forward, but they’re obviously skeptical. That doubt only increases when Quinn notices how many empty beer bottles are lying around the cabin. Still, they end up nosing around the community. 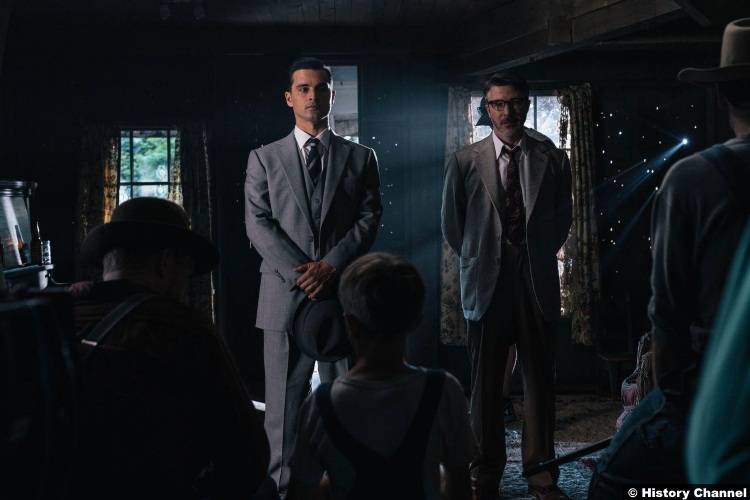 And they’re not the only ones. After hearing from Mimi that Allen’s in Kentucky, Daniel Banks heads there, too. Somehow he’s gotten wind of an apparent Air Force-planned UFO invasion, and he wants to let the generals know. But first, he wants to share the details of MK Ultra with Hynek and Quinn. Are we just sharing all our government secrets here? Why don’t we just go on the Tonight Show (uh, next year when it debuts) and talk to Steve Allen about it?

Lord. Anyway, Quinn is allowed to sit in with a psychic artist, who sketches what looks like an alien invasion. As Hynek points out, though, it’s so vague that you can ascribe any meaning to it. It’s like an inkblot.

And since there aren’t enough folks in Kentucky right now, Mimi and her pal from the UFO group, Evan Blake (Keir O’Donnell), also head down there. [Y’all drove 5 hours for this? Oh, okay.] And they actually dig up better clues than her husband and his partner. In fact, it’s Mimi who pretty much ends up solving the case. Maybe they should be Project Blue Book.

Okay, okay–Hynek and Quinn did figure out that the strange glowing handprint was made by a fluorescent glaze. But it was Mimi and Evan who first talked to a local who suggested that Mr. Shoemaker was not exactly the honest type. So when they meet Shoemaker, a circus proprietor, they lie to him immediately, pretending they’re from Ringling Brothers. 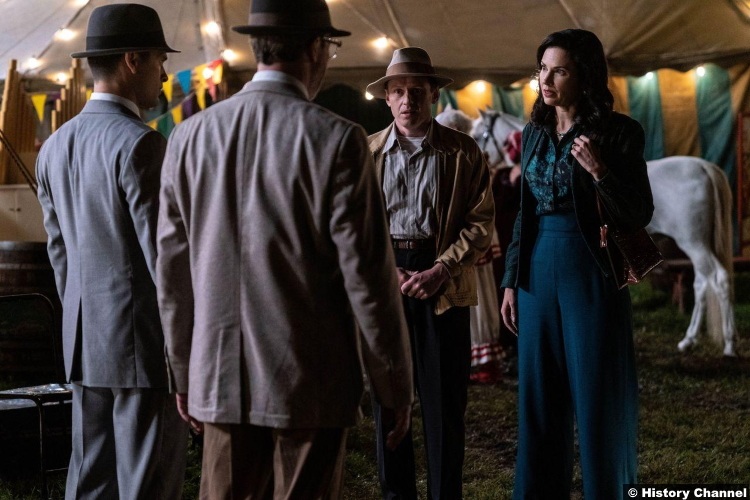 And then they bump into her husband, ha. But just as Mimi’s fumbling to explain what they’re doing there, she realizes what’s been going on. It was all a stunt. A monkey stunt. Jimmy Shoemaker let his costumed monkeys loose in the woods, where they made little fluorescent handprints. And then they shot at them??? This plan sucks.

I don’t know. Anyway, it was all a hoax to drum up interest in the circus. But as Quinn points out, they not only wasted government resources, which the government HATES when they’re not the ones doing it, they also terrified their neighbors.

Shoemaker sticks to his story, claiming that it all really did happen, and the monkeys were used to recreate the incident. We just had someone use this excuse 2 episodes ago! C’mon now. But that’s a case closed. [In real life, by the way, the most common explanation is that those folks were drunk as hell and spooked by great horned owls.]

Meanwhile, having failed to deliver Quinn, Susie is taken by Daria, her handler, and crew, and then very not murdered. Like, I’m not sure if this were supposed to be real or just a psychological thing, but they whack her in the head and bury her in a shallow grave. I think it was supposed to be legit, but they were just terrible at it. This plan sucks.

Because Susie, a survivor, claws her way out of the ground, and kills the man who’s been left to watch over her corpse (?). Then she negotiates a deal with Daria. She will kill Rizzuto, who’s now an American asset, in exchange for her daughter’s safety and maybe her own freedom. That last part was a bit fuzzy. 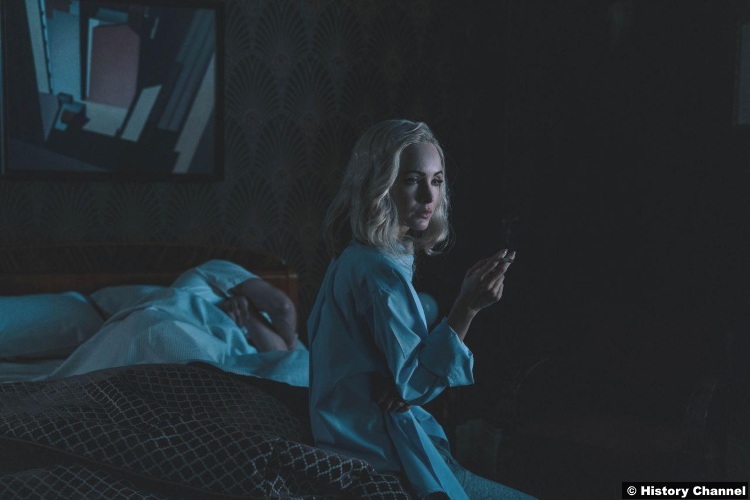 Not fuzzy: The cliffhanger that ends the episode. Returning home, Hynek finds not his wife and son, but the man in the hat. Well, more like the man with the gun, because that’s what he’s pointing at Allen as the episode ends. Not his hat.

8/10 – Ooh, a cliffhanger! Although parts of this episode frankly bordered on the ridiculous, I’ll let it go because I can’t resist a cliffhanger. And next week, we meet the Men in Black.