One of the most common tropes in alien abductions or encounters is animal mutilation. But reportedly, the first instance of alien-related mutilation actually involved a human.

I say “reportedly” because it’s likely that the story is total horseshit. It’s supposedly based on a top-secret Blue Book report a man read and then related to others. We have no proof that it ever happened or was even the subject of a report. All we have is the man’s claim. But since this week’s episode is clearly inspired by that story, here is the Lovette-Cunningham incident. 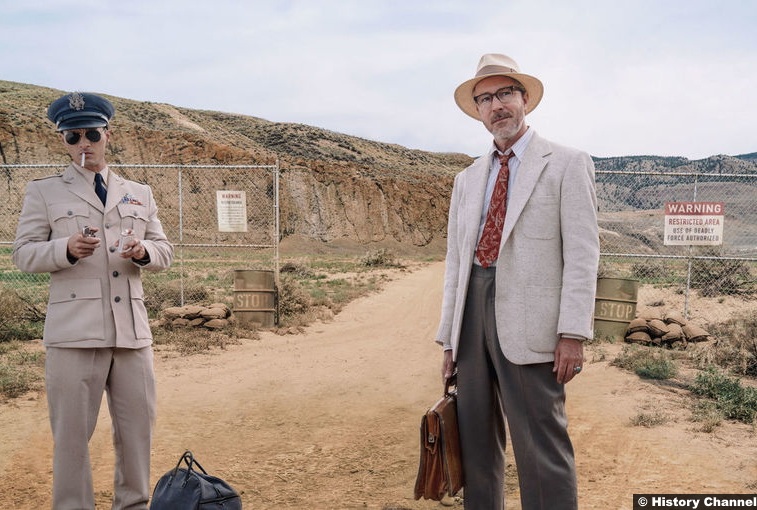 In 1956, an Air Force sergeant named Jonathan Lovette and a major, William Cunningham, were in the desert outside the White Sands Missile Range. They were picking up missile debris after a test. They became separated by a sand dune, and Cunningham says that he heard Lovette scream. When he ran toward his location, he saw Lovette being pulled into a flying saucer by a dangling tube. Cunningham described feeling like he couldn’t move, and could only watch in horror as the craft flew off with Lovette inside.

The military searched for Lovette, all the time apparently believing that Cunningham had probably killed him, and made up the story to avoid detection. After 3 days of searching, they found Lovette’s body. Or what was left of it. He’d been mutilated in a number of ways I don’t need to detail. Animals who had seemingly tried to feed on his body were also lying dead nearby.

That’s basically the story we have this week. Quinn and Dr. Hynek are sent out to the desert to investigate a traumatized airman’s story. His partner, when they arrive, is still missing. To get to the bottom of things, though, Blue Book is going to have to work with a new government service called the…Central Intelligence Agency. 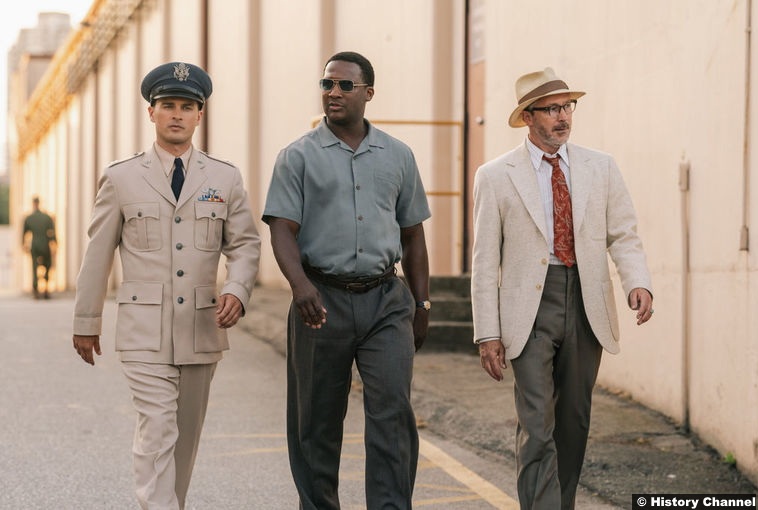 To that end, they’re shepherded onto the grounds of Area 51 by CIA Agent Daniel Banks (Jerod Haynes). What they see inside a CIA hangar blows up many of their previous conclusions. Put simply, they see crafts that were responsible for some of their earlier cases, including the Lubbock Lights and the Chiles-Whitted Encounter. It’s kind of funny to them. All this hullabaloo about little green men and it was just experimental CIA spycraft.

Well, it’s not funny to me. Bring me an alien! And it looks like they might at some point. That is, if I’m interpreting Harding’s confession to a priest correctly. He mentions that man is made in God’s image, so then what is up with “other beings”? I KNEW IT!

Unfortunately (a word that just happens to contain the letters U-F-O), we don’t get to see any aliens. But we do get to see some wild, wacky stuff. After slipping their detail, a thing they do so often, it’s a wonder they haven’t been tagged, Hynek and Quinn drive out to the desert. 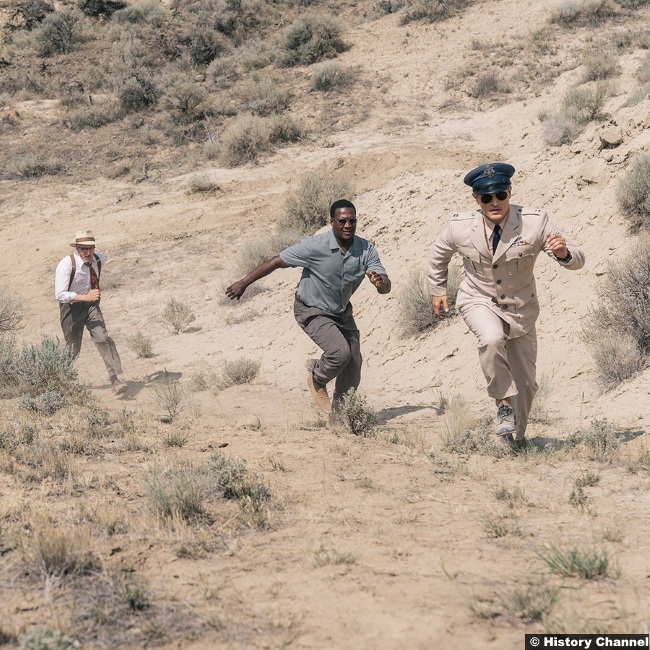 There, at the place they found the other airman’s body, they see the same kind of scene as when Lovette’s body was found–dead animals. Not too interesting. But you know what is interesting? Oh, when the side of the dang mountain opens up, revealing a secret base inside!

Oh, and then like, 20 seconds later, when both Hynek and Quinn get abducted by a strange craft. They wake up in a military truck, with time missing and no memory of what happened to them. You don’t have to be an investigative reporter to see that all of it adds up to a military cover-up. Or a CIA cover-up. Someone is covering it up!

But as Banks tells them, it might be them. That secret base in the mountain is not a CIA property–it’s Air Force, all the way. And if anything goes belly-up, Valentine, who’s the real muscle behind this operation, will gladly shove the CIA under the bus.

Meanwhile, back at home, Susie has a new handler and she does not seem nice. Daria (Sofia Milos) tells Susie that sure, she could work Quinn like she’s been doing, but it would be a lot more efficient if she just, you know, kidnapped him and brought him to the Soviets for interrogation.

Yikes. Also yikes: Mimi trying to do info-gathering for her UFO group. Not at a military base, Mimi, God!

8/10 – Although it started off a bit slow, things quickly escalated (they were abducted!).