In 1995, the Fox network broadcast a special called Alien Autopsy: Fact or Fiction. Hosted by Jonathan Frakes, the special purported to show a real-life autopsy of one of the extraterrestrials that had crashed in Roswell. As the film itself was only 17 minutes long, the rest of the hour was filled with experts in various fields who analyzed the film’s veracity.

The special was a hit, so much so that Fox rebroadcast it twice, once even winning its time slot. (Channel 4 also broadcast the film in 1995 as part of the Secret History series.) That same year, an episode of The X-Files, “Nisei,” would feature Fox Mulder buying a copy of a purported alien autopsy. They were all the rage. 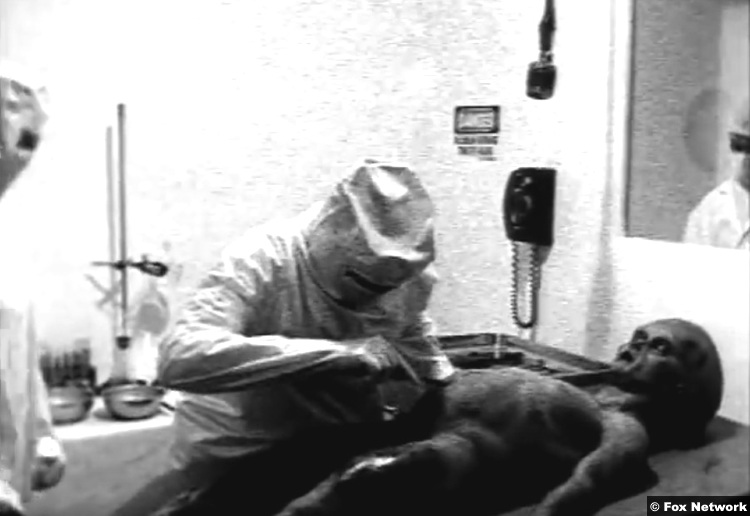 In the episode, Mulder finds links between the film and the scientists who were behind WWII-era Japan’s infamous Unit 731 program. In case you’re blessed enough not to be familiar, Unit 731 was a program that conducted biological and chemical warfare experiments on prisoners. I won’t get into the brutal details, but suffice it to say, it was essentially a facility for committing war crimes.

If you’re wondering, though, why I’ve spent three paragraphs talking about this, it’s because it’s related to this week’s episode. Last week ended with the air raid siren, and this week, we find out it was started because something has crashed in downtown Roswell. And it ain’t a weather balloon. 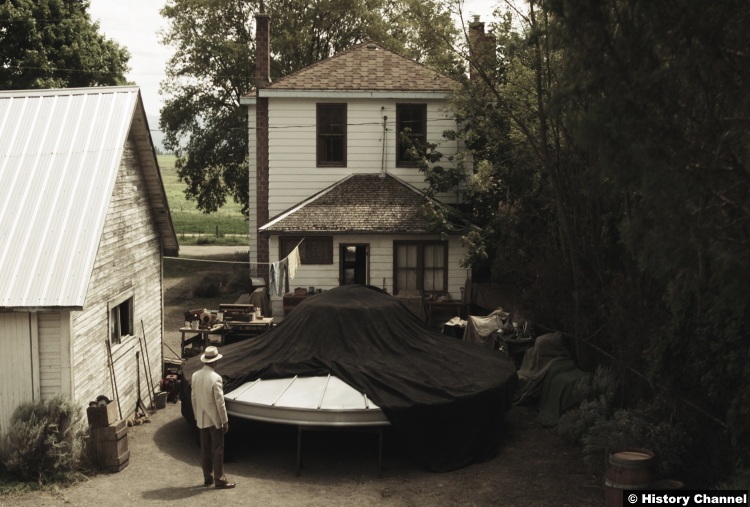 Actually, although it looks like an alien craft, its origins are very terrestrial. It’s the mock spaceship Duncan Booker (Zach McGowan) built after his encounter. He’s the one behind all the stunts and notes.

While Harding and a goon are waterboarding him, Dr. Hynek and Quinn take the opportunity to go look for that corpse they learned about last week. They indeed dig up a skeleton there and it doesn’t look regular. When they take it to a mortician for further investigation, he tells them that he was told to deliver 5 child-sized coffins to the Air Force the night of the crash. He also ran into a nurse who told him about an alien autopsy she saw performed.

Meanwhile, Booker plays Harding, pretending that he only wanted a payout like the other Roswellians got. They agree to go on live TV together the next morning to talk about what a funny misunderstanding everything turned out to be. 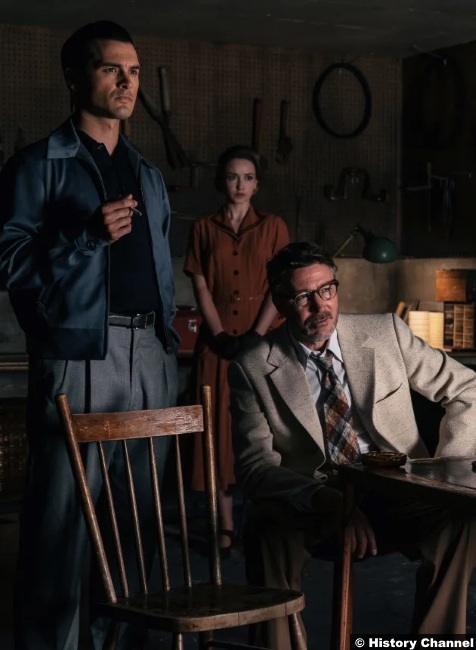 At the same time, Hynek and Quinn track down that nurse, who, wonder of wonders, is Booker’s wife. They realize that Booker isn’t done; instead, he’s planning to spring a film of the autopsy on Harding when they’re on TV together. And Harding has no idea it’s coming. 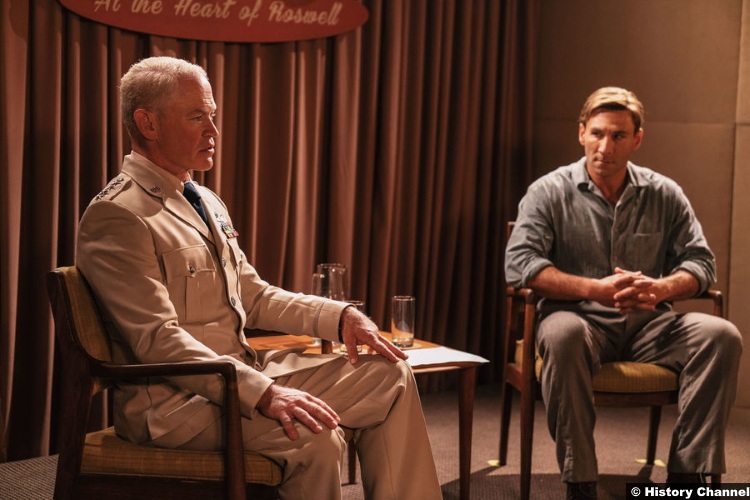 Booker does manage to spring one surprise, dumbfounding a kinda drunk Harding by announcing that the general wants to cover up the truth so much that he bribed Booker to keep quiet. But both of them end up with egg on their faces, because the feed isn’t running.

Hynek realized that the autopsy film was a fake, a reconstruction of what Mrs. Booker claims she saw. (In 2006, Ray Santilli, who came forward in the 90s with that autopsy film, admitted that it was a recreation as well. He claims it’s a reconstruction of the real film, which he saw in 1992, but which was in too poor condition to be shown to others.) So the Bookers are carted off to military jail, for…reasons? I don’t the procedure here. 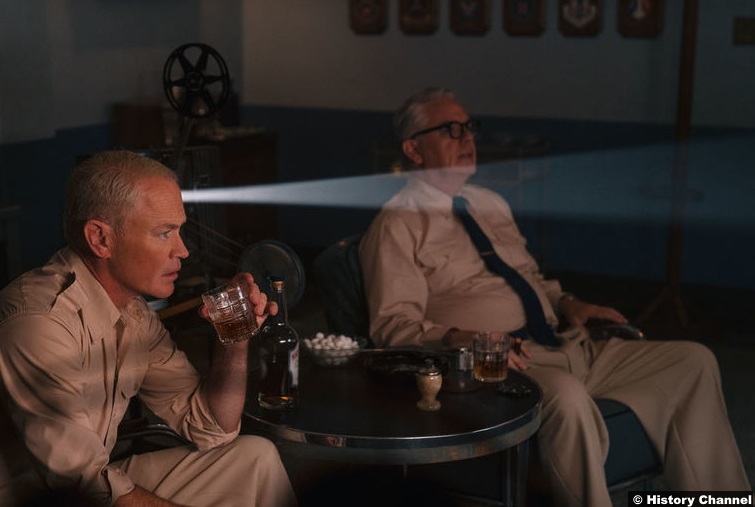 Back in Washington, Harding and Valentine watch the film, while they discuss what really crashed in Roswell. According to their conversation, it wasn’t a spaceship at all. Well, rats. Instead, it was a covert Soviet vehicle carrying a group of children who had been altered by none other than notorious Nazi scientist Dr. Josef Mengele. (And this is why I mentioned Unit 731. Mengele, of course, conducted his own inhumane experiments on prisoners at the Auschwitz concentration camp. Also, the whole thing about the Roswell crash being a Soviet operation to scare us real good? It’s a real thing that some people apparently believe, by the way.) So the aliens were never real.

Well, sure, that’s what they want you to think.

9/10 – Although kind of a disappointment for people like me who want to believe, this was a tense hour, full of surprises.