In a thriller, a stranger is usually not a good thing. After all, the stranger is often the one who torments the protagonist and/or a series of throwaway victims. The stranger in The Stranger is no different. 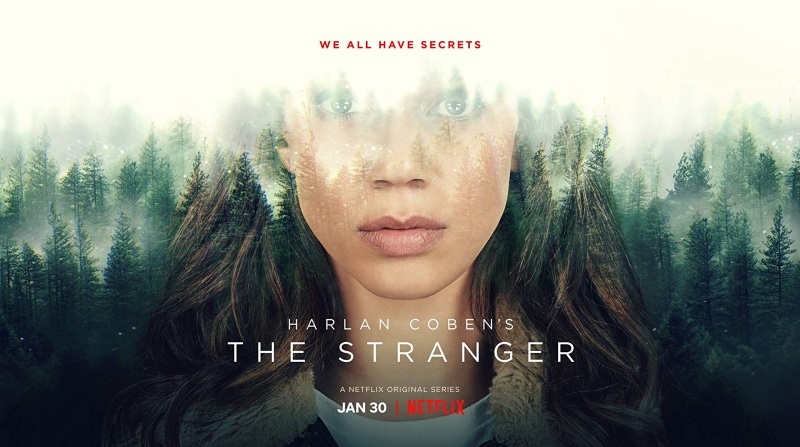 She doesn’t kill you or even touch you, not physically. Instead, she comes into your life and she drops a bomb on it. And you know what? I think I’d rather fight her.

Because what she does exactly is tell you a secret. You didn’t know it was a secret, because someone you probably love has been keeping it from you. But there she is, injecting it into your life like poison into your veins. If you’re lucky, that’s all she does. But maybe she wants something else from you.

Why does she do it? Although she clearly gets material gain from some of it, she also believes that secrets should be known. That’s certainly a noble thought, but not all secrets are the same, of course. Some are harmful, obviously, but others cause more harm in being known. In any case, they’re all here, waiting to be revealed.

Because although it’s based on Harlan Coben’s novel of the same name, this new series from Netflix (and showrunner Danny Brocklehurst) isn’t an exact copy of the book. So if you’ve read the book, as I have, there are still surprises.

One of the biggest changes for the series is moving the story to an unnamed burg in northern England. (Despite the fact that Coben has also created the UK-set shows Safe and The Five, most of his books, if not all of them, are set around New Jersey and New York.) Richard Armitage stars as Adam Price, a solicitor who’s happily married to Corinne (Dervla Kirwan), mother to their two boys, Thomas (Jacob Dudman) and Ryan (Misha Handley). 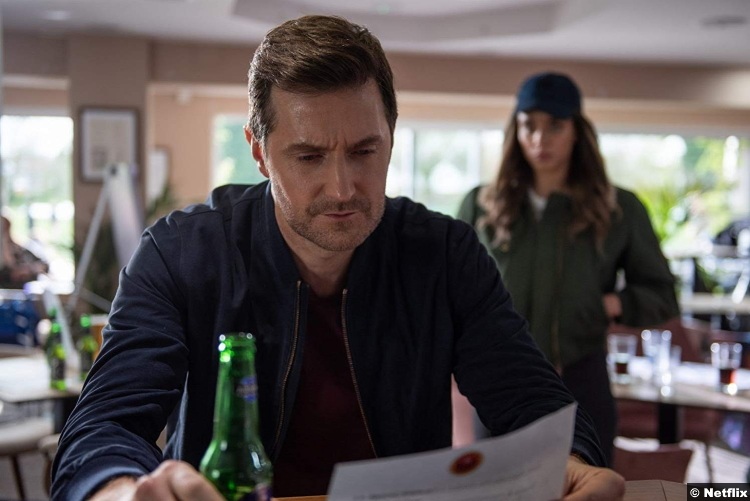 One day, Adam’s at his sons’ football club when a stranger (Hannah John-Kamen) approaches him. She has a secret about his wife. He doesn’t want to believe it, but she’s introduced enough doubt that he can’t help but wonder. And then everything unravels from there.

I don’t want to say too much, because everything is so intricately tied together that revealing the wrong detail could upend the whole story. But I don’t think it’s too much of a spoiler to say that Corinne goes missing soon after the stranger appears. And whether the secret has anything to do with her disappearance is one of the mysteries that fuels the series.

Because suffice it to say, Adam isn’t the only one the stranger approaches. The Prices aren’t the only ones with secrets. And as Adam, along with characters like DS Johanna Griffin (Siobhan Finneran), work to uncover those secrets, we can’t resist being pulled in with them. 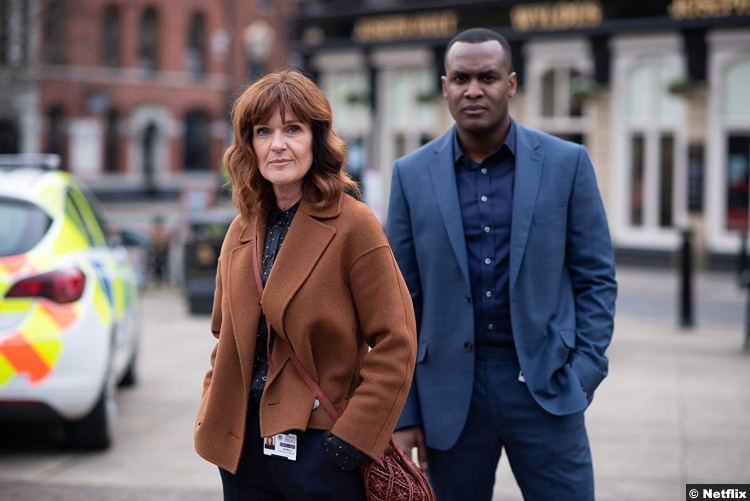 Griffin and her partner, DC Wesley Ross (Kadiff Kirwan), begin their part in the story by investigating another strange incident. A local teenager, Dante (Kai Alexander), has been found unconscious in the woods. The same night, the headless body of an alpaca is found. Are these two things connected? And how do they fit in with everything else that’s going on?

While I’m not going to spoil that, I will say that there are enough connections between everyone in this community that viewers will likely be riveted. The show is designed to keep your attention, keep you binging one episode after the other and it certainly accomplishes that goal. 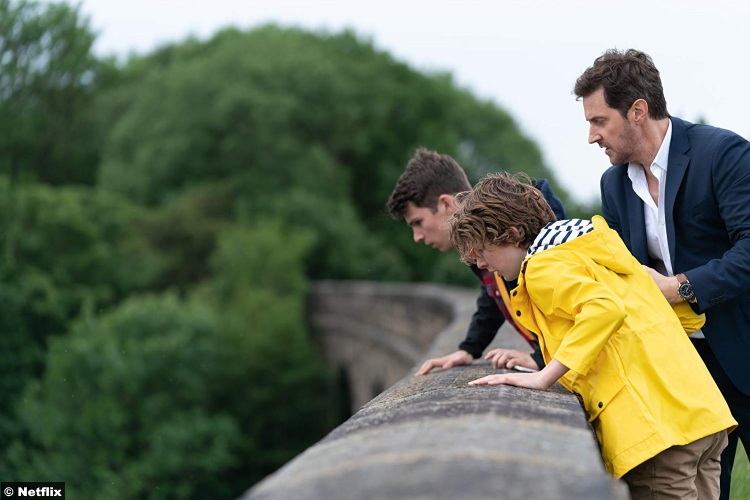 Because if you stop to think about it, you might have a hard time suspending your disbelief at some of the wilder contrivances. However, since it moves so speedily, you’re never given that much time to dwell. Nearly every episode ends with a cliffhanger, or another sudden shock, so that your greedy brain wants to move onto the next episode, the next reveal.

Because while secrets can disrupt your life, few of us can withstand the temptation of learning one. Look, for example, at how popular gossip is. Most of us like to know what’s really going on behind closed doors. And with this show, we can find out, at a distance, where no one really gets hurt. Because it’s not real, and the stranger can’t really ruin anyone’s life.

8.5/10 – While, again, some of the connections that are made frankly strain credulity, this is a cracking adaptation of Harlan Coben’s book.

Fun fact: While, on the show, Terry’s alibi is that he’s at a conference about censorship, in the book version of The Outsider, he’s actually listening to Harlan Coben speak.