When Candace appeared at the end of the season 1 finale, I was…not thrilled. The exact words I used were “cheap and unearned.” Luckily, with season 2 it’s clear they had a plan to earn it. 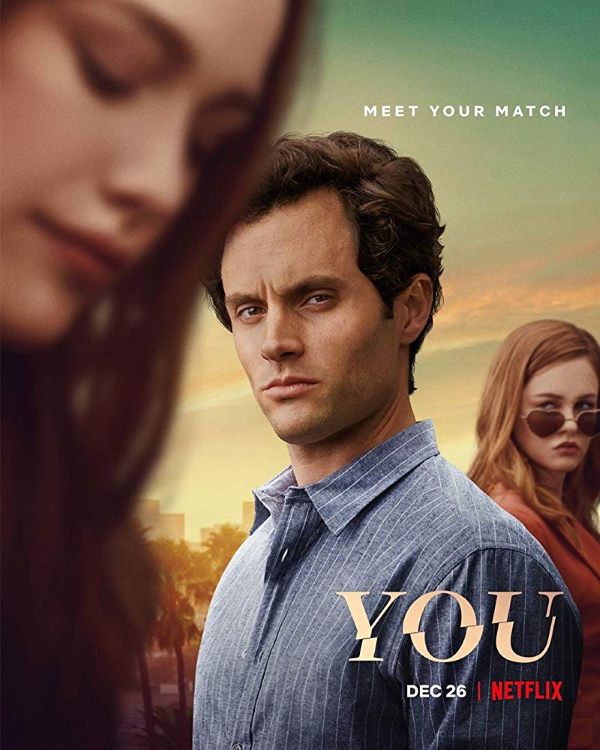 And what a plan it turns out to be. Rather than hewing closely to the book Hidden Bodies (the sequel to You), season 2 is a looser interpretation of its source material than season 1 was. 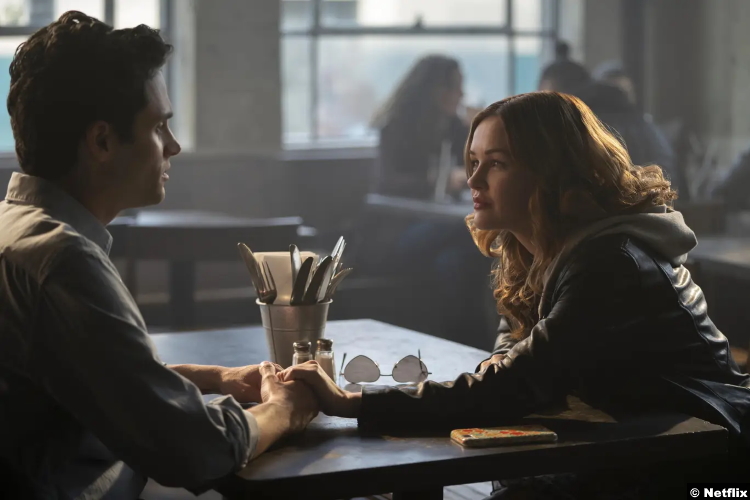 The bones are the same, but the story is quite different.  Having been confronted by the very much alive Candace, Joe has fled clear across the country to Los Angeles. There, he tries to establish some ground rules for himself.

It won’t be like it was before. He won’t get fixated on a girl or stalk her or even look her up on social media. He’s a good boy now, on the straight and narrow. And recreating the cage? Uhhhh, I’m sure he has a good reason for that.

Unsurprisingly, it takes almost no time for Joe to become fixated on another girl, Love Quinn (Victoria Pedretti). Love is a chef at Anavrin, the health food store that’s kind of the jewel of her parents’ wellness empire. Unlike Beck, who was still figuring out who she wanted to be, Love knows exactly who she is. 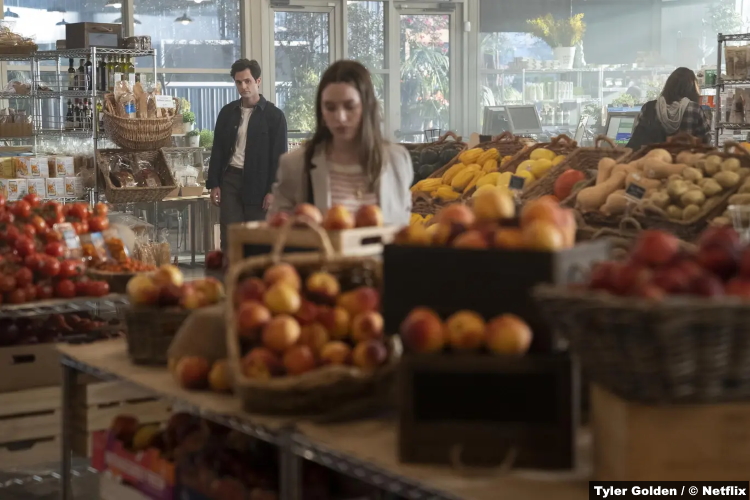 The question is, does Joe? Though he’s intrigued by her warmth, her locked-down social media settings, and let’s be real, that face, Joe doesn’t really know her. As usual, he ignores the signs that are right in front of him, deluded by the image of a woman that he has created. There’s a reason it’s called “You.”

Because, as always, his focus is outside himself. When he does turn his gaze inward, though, the view is just as distorted. Despite being a multiple murderer–“serial killer” feels too imprecise for what he’s done–it’s clear that Joe sees himself, in part, as a victim. He knows that killing is wrong and he really, really wants to avoid it in the future, but as for the past? It is what it is. 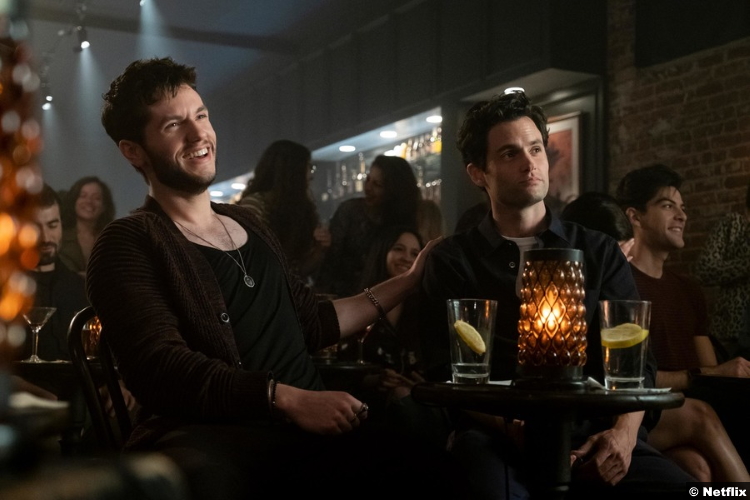 But he also sees himself as a protector, a savior. When he meets her, Love is already in a serious relationship, a codependent one with her twin brother, Forty (James Scully). So although he’s annoying af, Joe takes him on, too, accompanying him to an improv show and helping him write a screenplay.

At the show, Joe crosses paths with Henderson (Chris D’Elia). He’s a beloved comedian. He’s also, according to Joe’s landlady Delilah (Carmela Zumbado), a predator. She’s a gossip columnist, but she didn’t learn this from a tip. She knows from bitter experience. This is worrying, of course, but it becomes even more so when Delilah’s teenage sister, Ellie (Jenna Ortega), starts interning for Hendy. You can guess how Joe will react.

It’s easy to pinpoint this reveal as the moment when everything starts spinning out of control for Joe, but the truth is, despite his careful planning, he’s always been out of control. The show tries to dig into this, showing us flashbacks to Joe’s childhood, but these bits are the least successful part of the season. We already know he had a rough time, from the season 1 flashbacks of Mr. Mooney, and we can guess how he formed his ideas about women. So these flashbacks just seem extraneous. 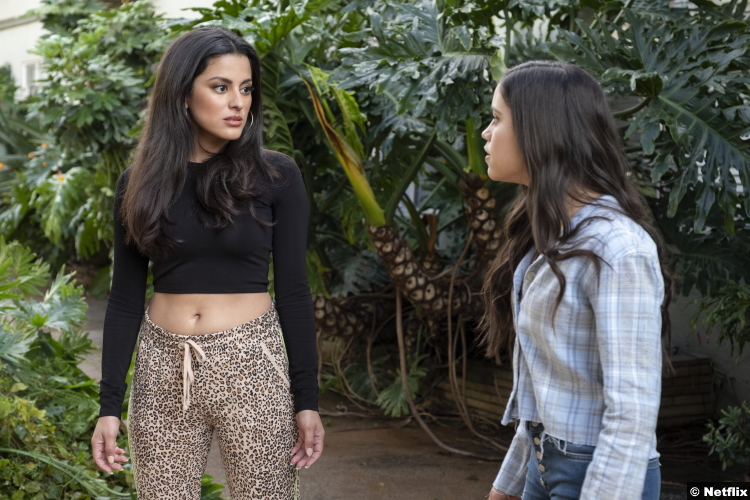 The show is more successful with its characterization, particularly with Delilah and (especially) Ellie, who feels like a real teenager, and even with characters like Candace. Her storyline, incidentally, is also a good illustration of what’s it like to try to get justice in an injustice system.

And I hate when people say that a city is another character–New York City is often subject to this–but the show also does well in the way it skewers a certain kind of Los Angeles culture. (I say “a certain kind,” because like many portrayals of Los Angeles life, it is a very privileged view.)

But that’s ultimately what the show is about, something that Penn Badgley has labored often* to get across: “….someone who is doing unforgivable things, and yet we keep performing backflips to figure out how it is that we’re going to forgive him.” Even though he’s not wealthy, Joe Goldberg enjoys enough privilege for various reasons that people take him at his word. They forgive him. And they trust him, often to their detriment.

But it sometimes works the opposite way. For example, Joe considers himself a keen judge of human behavior. He is highly perceptive, but he misses things. And for a guy who’s just trying to keep it all from falling apart, that can be dangerous. But it can also be rewarding–he just might get what he wished for. Isn’t there a saying about that, though?

9/10 – Outside of a few missteps, season 2 of You is a highly-bingeable, often funny, carnival ride.