Riverdale S04E09 Review: Tangerine – What was any of this exactly?

If there’s one thing Riverdale viewers have been clamoring for, it’s more flashbacks of the time young Betty killed her ginger cat, inexplicably named Caramel. Thank goodness, we all say, that there’s yet another storyline that involves putting that image in our eyeballs. 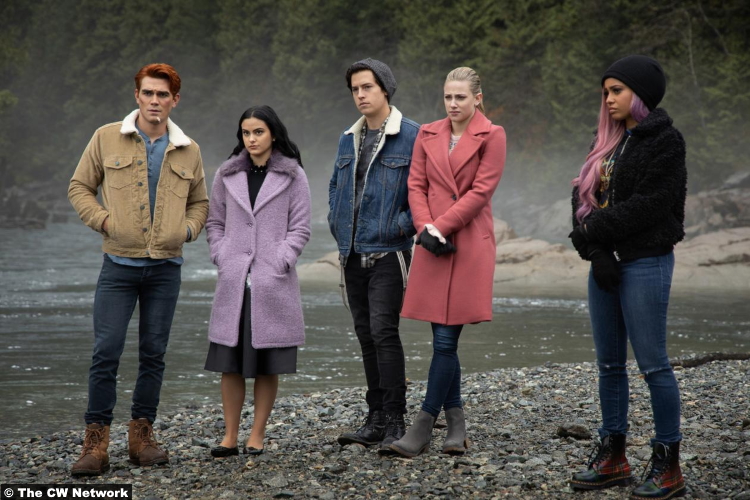 This time, it’s because *I get up, walk out the door, and return 10 minutes later* Evelyn Evernever, who’s currently locked up at Shankshaw, apparently planted a hypnotic trigger phrase in the Coopers. If someone says “tangerine” to them thrice, then they’re compelled to kill Betty or the nearest facsimile. It’s meant to target Dark Betty, so what happens if Betty tries it herself?

Answer: Hello, Caramel, I wish you could rest in peace. Betty flashes back to that moment, because that’s when a small part of her splintered off and became Dark Betty. Sure. Honestly, this is all nonsense and their handling of mental illness is, as always, ham-handed. I knew last week’s levelheadedness couldn’t last.

At least some people learned last week, though. To that end, Cheryl smokes out the “ghost” in her house and it’s Penelope. After catching her, she puts her on trial for the many, many crimes she’s committed and then sentences her to the world’s grossest bunker. I would rather be set alight like Jason than have to touch a surface in there.

And speaking of that, that piddly little fire will not incinerate Jason’s body, so good luck, whatever Sweetwater campers find that corpse downstream. 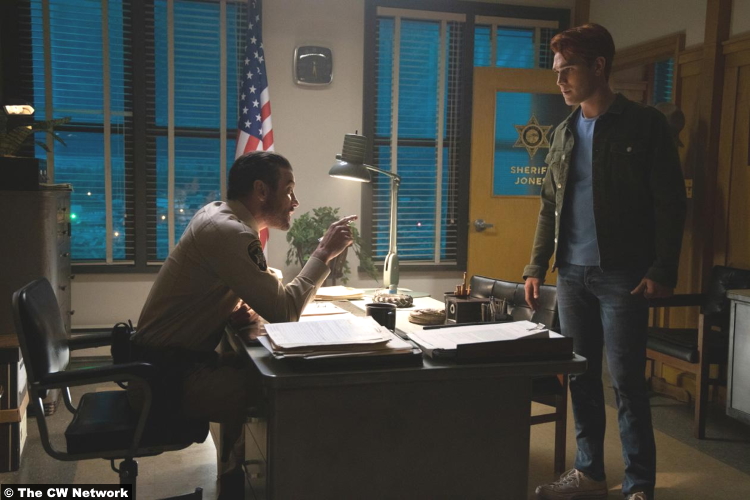 In the did-not-learn-a-thing/how-dare-you-even-ask corner, Varchie. First up, Veronica, whose brilliant plan to fight her daddy seems to be:

In a development that surprises no one, it doesn’t work. First of all, Hiram patents the rum recipe, which, okay. There’s like 3 ingredients to making rum, so I’m not sure how or why you could patent the recipe. Second of all, how is a minor child going to run a liquor empire? You can’t even legally buy your product. I’m not sure why it’s such a big deal that Le Bonne Nuit has its liquor license revoked, because a) it’s a speakeasy and b) it is run by a child. Nothing here is legal.

Stay in school, Veronica. Of course, Hiram is putting the squeeze on her there, by (probably) pulling strings so she’s rejected by Dartmouth. He suggests snidely that there’s always Riverdale Community College and I have to call another time-out. Show all the teenage sex and drinking and jingle-jangling you want, but I will not have this show suggest that community colleges are a fate worse than death. Oh gosh, I sure wish I could pay more for college, said no one.

Whew, anyway. (Show got me HOT this week.) Jughead is the new ghostwriter for the Baxter Brothers series, yay. And it turns out that Forsythe the first did write the first book and Dupont paid him for the rights. So why didn’t he just say that to begin with? Dunno. Intrigue, I guess. Jughead ends up tracking down his long-lost grandpappy and in true Forsythe I form, he’s decent at first and then turns out to be a total disappointment. At least he’s on brand. (And I like his cozy bus home, although I wonder how he keeps it warm.) 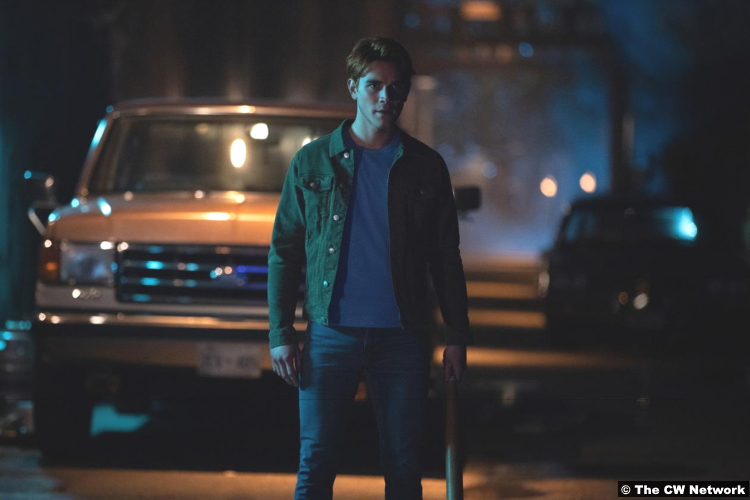 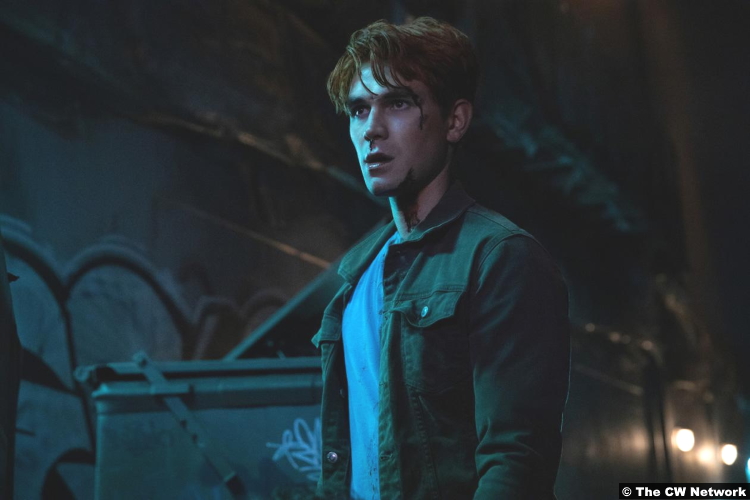 And now for Archie, who’d rather die than learn anything. FP has figured out that Archie’s the vigilante, probably because of the misspelled letters he probably left at the scenes, and he wants in. That doesn’t seem right, but okay. Together, they put a hurtin’ on the Dickinson boys, which felt really triumphant for them until they realized the community center urchins were watching. And until FP got shot in Pop’s. (Pop’s: An anti-dad zone.)

FP is fine, but obviously this was traumatic for Archie, having to relive one of the worst moments of his life. Good thing his uncle Frank has suddenly shown up. Thank the Lord–we’ve gone too long without a mysterious family member just crashing the party.

And then there’s our flash-forward. Jughead lays on the ground with what looks like a head wound. Betty cradles a large rock as Veronica and Archie look on and ask what she did. Nope. Not buying it.

6/10 – What was any of this exactly? A Mess, that’s what. Maybe I’m just an outlier, but I do not care for these repetitive plots.