I’ll admit, I was a little apprehensive at the structure of this week’s episode. While I think they mean well, this show hasn’t always stuck the landing when it comes to mental health. But I’m willing to admit when I’m wrong, and I have to say that the therapy aspects of this episode were a pleasant surprise. 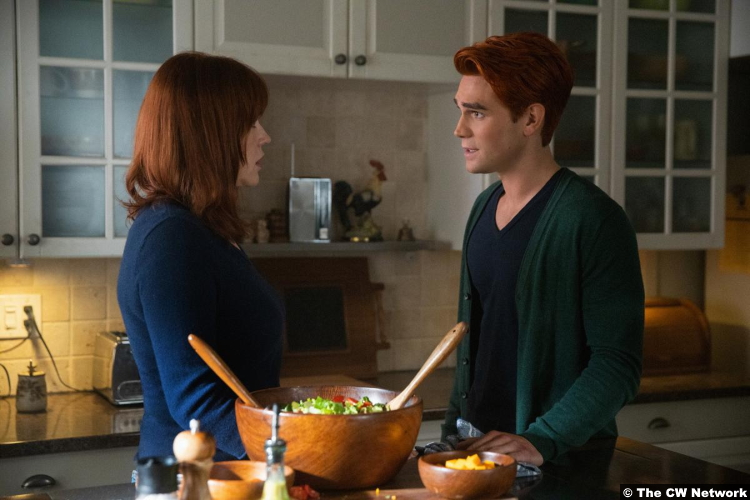 As the kids are seniors, it’s time for college admissions to start arriving. Betty doesn’t get into Yale, which doesn’t come as a surprise to me. She’s a smart girl, yes, but I can barely remember the last time she was in class. But it’s okay, really–there are plenty of good schools out there. Don’t tell Alice that, though. Perhaps because she’s feeling guilty about…all of this–I say, waving my hands around–she seizes on Betty’s rejection and her birth control pills as a reason to have a come-apart.

When Betty tries to confide in school counselor, Mrs. Burble (Gina Torres), Alice tags along, intent on being the most helicopter parent possible. And y’all know what? Mrs. Burble is really good at her job and is able to get to the root of Alice’s issues. Basically, she’s terrified that Betty’s going to become a teen mom, too, because Betty’s her favorite. (On that note, where is Polly?) Their scene at home later, when Betty tells her mom she’s her favorite, made me cry. But I also cried at Nordstrom’s character descriptions for the Peanuts gang today, so your mileage may vary. 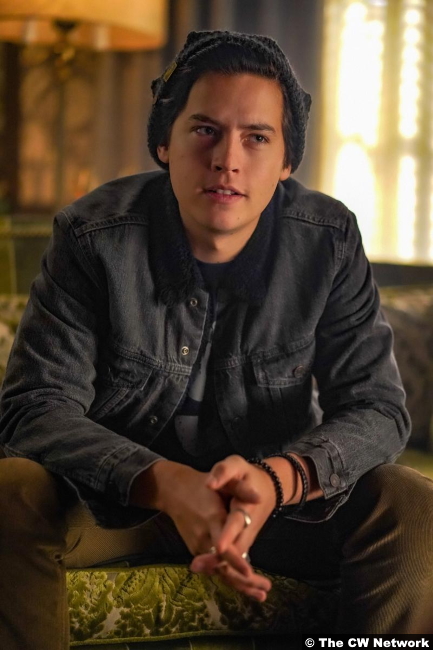 Jughead, who [extremely Damian from Mean Girls voice] doesn’t even go here, also meets with Mrs. Burble. Apparently none of his Stonewall teachers will write recommendations for him and he hasn’t even applied yet, so he’s been shuffled back to Riverdale High for help. And again, Mrs. Burble gets to the heart of the matter, quickly zeroing in on Jughead’s biggest problem. He’s afraid of failure, so he’s avoiding writing by focusing on the Baxter Brothers mystery. And at the same time, he’s making a hero out of the grandfather who abandoned Jughead’s father.

Chastened and also bucked up, Jughead returns home, where he hugs his dad and tells him how much he appreciates him–love it, applies for colleges, writes his Baxter Bros sample, and digs up new leads about Quill and Skull. Nice work, king. 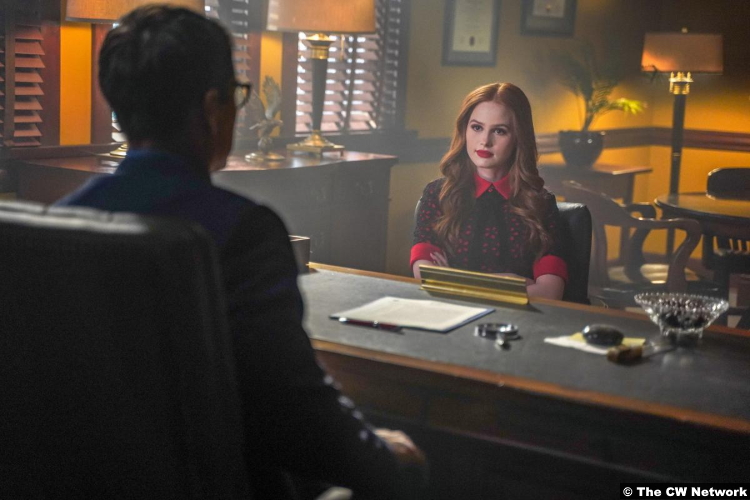 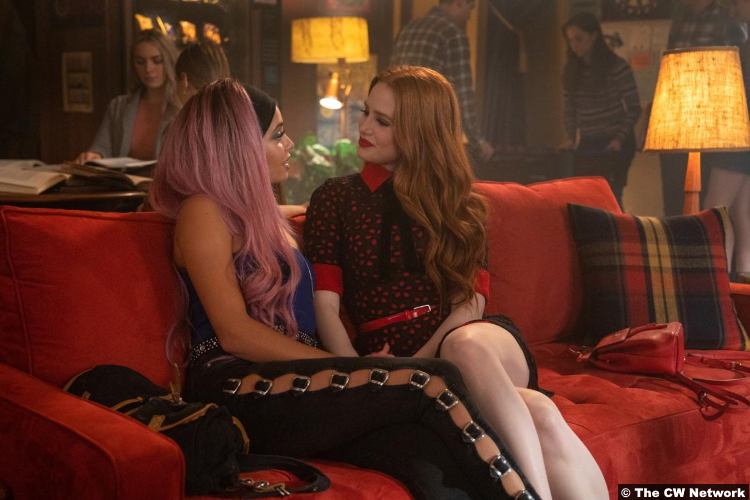 Cheryl is as resistant as Jughead, especially since her session with Mrs. Burble comes as a condition from Principal Honey. If she wants to remain in charge of the Vixens, she has to see the counselor. In the end, Mrs. Burble will recommend that Cheryl step down for a bit, if only because she’s just too overwhelmed right now. But she will also point Cheryl toward a more logical explanation of some of her troubles. First, a chimerism test proves that Cheryl did not absorb Julian*. Second, it seems to follow then that whatever is going on in her house–the supposed haunting–is more man-made. I certainly hope it’s not Toni behind it. I don’t believe that, but it felt for a moment like that’s where it was leading–Cheryl accusing her. But most likely it’s either Penelope or the actual Julian. He’s a real boy! Probably.

Moving on, Veronica and her beau have the least successful sessions with Mrs. Burble. It’s not her fault, though. You can lead a horse to water, after all. I thought she made a very insightful point during her meeting with Veronica–who has changed her surname, by the way–when she suggested that Veronica could end all this with Hiram. She could, but she doesn’t want to. Unfortunately, Veronica interprets this as “let me turn down Harvard and go declare war on Daddy.” NO.

At the same time, Archie seems to take Burble’s advice about, you know, not being a teenage vigilante. A hotline doesn’t sound like a great idea for him, either, but it’s better than taking to the streets. However, as soon as he got a call from a scared youth with a problem the police can’t really help at this point, Archie’s return to vigilantism was inevitable.

And then we flash-forward to spring, where Bret and Donna are identifying Archie, Betty, and Veronica as the people they saw killing Jughead. Yeah, those are reliable witnesses.

8/10 – A level-headed adult helping the Riverdale kids deal with the avalanche of trauma they’ve experienced? Why, I can hardly believe it. Is Mrs. Burble a ghost or something?

*That shot of Julian watching the videotape with Cheryl, et al at the beginning of the episode made me wheeze.