Let’s be fair. I knew this was going to be a snoozer of an episode when I read the plot description and saw that it was Lodge-focused. But it’s not just the typically sedate Lodge storyline–everything in this episode feels like a retread. In fact, it feels like we’re doing a clip show.

Like, Betty’s started her Junior FBI class with Kevin in tow and the big revelation, besides Betty’s preternatural ability at picking out serial killers, is that she has the serial killer gene. Yeah, we know. But it’s not just pointless filler–the show also uses this as an excuse to remember Betty’s cat dying again, so there’s that. [Just picture me cursing under my breath for a few seconds here.]

Anyway, Charles says it’s cool because he also has the serial killer genes. Betty takes this exactly as you’d expect (if you know Betty) and immediately starts spying on her half-brother. Good. He’s up to something. 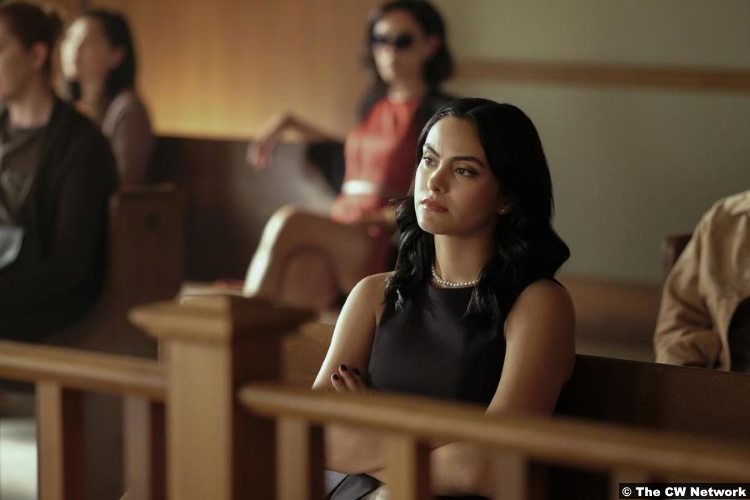 You know who else is (ALWAYS) up to something? Hiram. What a surprise. I really just can’t take another round of the Veronica and Hiram show. At this point, Veronica is like Wile E. Coyote. She tries and tries to catch her dad (the Road Runner), but is outsmarted every time. And yet here she is again, with the Acme Co anvil she’s just sure is going to land on her dad.

This time it’s by making deals with the federal prosecutor handling her parents’ cases. Remember when Archie was on trial and Veronica wanted to chat with the jury members (also known as jury tampering)? Yeah. This is like that, only so much worse. Like, at least with the jury tampering, she could argue that she didn’t know it was jury tampering. Like she thought only threatening jury members was tampering. It wouldn’t work, but it’d look a hell of a lot better ethically than cozying up with a federal prosecutor. 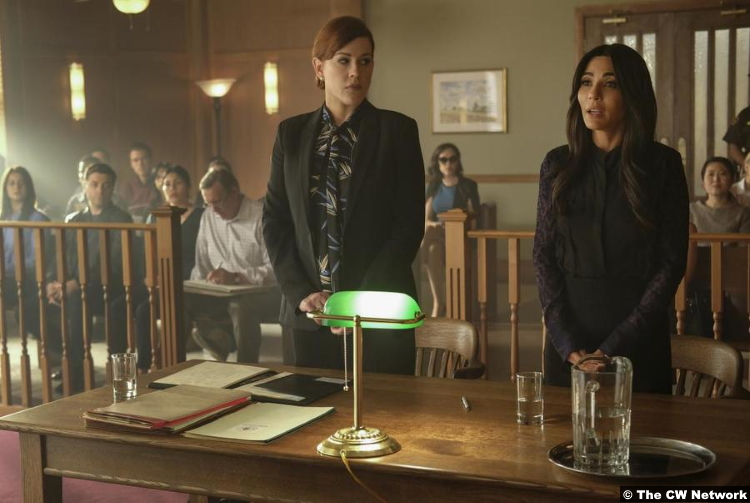 But let’s just put a pin in that for the moment, because Hermione has bigger problems. Remember Tall Boy and how he died? (I’m so tired.) Anyway, that cabin where he was found is now in Hermione’s name. Golly, I don’t know how that could have happened. (Yes, I do.)

So Hermione decides to plead guilty, because Veronica is going to blackmail the governor (again) into pardoning her mom once she’s sentenced. This show, I swear.  And once again, Veronica thinks she’s saved the day. She should really quit while she’s behind. 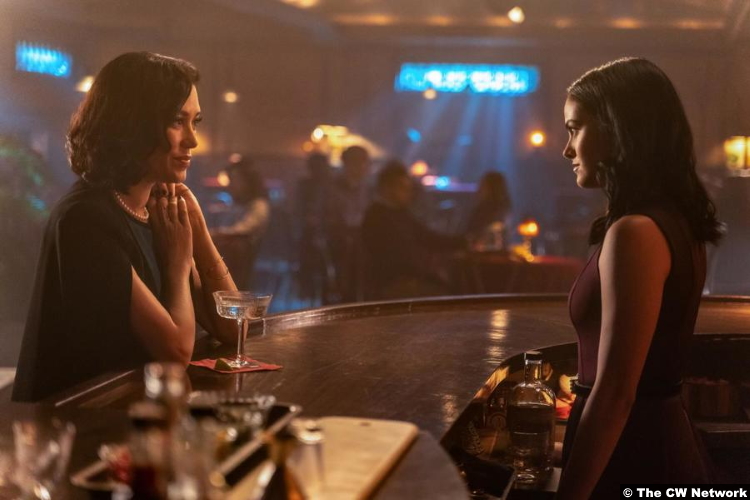 Because her dad is playing chess and she’s playing, I don’t know, Candyland. Chutes and Ladders? Whatever it is, that minor coup she pulled off last season now seems more like a miracle than a carefully-plotted strategy. I say all this to say that the Mysterious Lady who’s been showing up in court is not only a private investigator–she’s Hiram’s private investigator, who has recorded Veronica’s conversations the prosecutor. Oh, and she’s Hiram’s other daughter, Hermosa (Mishel Prada). Gee, a surprise half-sibling. What a novel development.

And speaking of things that have never happened on this show before, Archie has gone full vigilante, terrorizing the ruffians of Riverdale with a ski mask and a voice that I can only describe as Batmanesque. (Bale Batman, to be specific.) Thanks, I hate it.

Meanwhile, Jughead is still looking into the mysterious disappearances connected to Stonewall, but he gets distracted. It seems that little Jug was a huge fan of the Baxter Brothers mystery series–Riverdale’s answer to the Hardy Boys. The books were authored by a series of ghostwriters plucked straight from Stonewall. It’s time to pick a new one, so Jughead just has to come up with the perfect murder.

On that note, we end the episode with the now regular flash-forward to spring. And that’s where we find FP, arresting Archie, Betty, and Veronica for Jughead’s murder. Would it be too far for me to point out that Archie’s already been arrested for murder?

6/10 – Yawn. I wish I could think of more to say than that, but they didn’t bother, so why should we? But fine. Like the show, I’ll repeat myself: this episode was just a rehash/reboot/redoing of plotlines they’ve already done. It doesn’t always have to be thrills and chills (or rocketships), but can it be new? Even new-adjacent?