Last week, I wondered why anyone would even care at this point if DuPont didn’t write the first Baxter Bros book. This week, we find out that the franchise is worth around $200 million. Yeah, okay.

While of course that is a compelling motive to keep things secret, it doesn’t really explain why Mr. Chipping would dive out the window. So Jughead is on the hunt, much to the bemused consternation of his girlfriend. Betty ends up coming to stay with him at Stonewall during the titular ice storm, while Bret (Sean Depner) and Donna (Sara Desjardins) are also lurking around. This is discovered, by the way, because a figure wearing a bunny mask and brandishing an axe menaces Jughead in the dorm hallway. Betty, who’s had just about enough of menacing masked figures, whacks him with a golf club. It seems that Bret (the whackee) and Donna (also in a bunny mask) were just trying to scare Jughead. Sure. 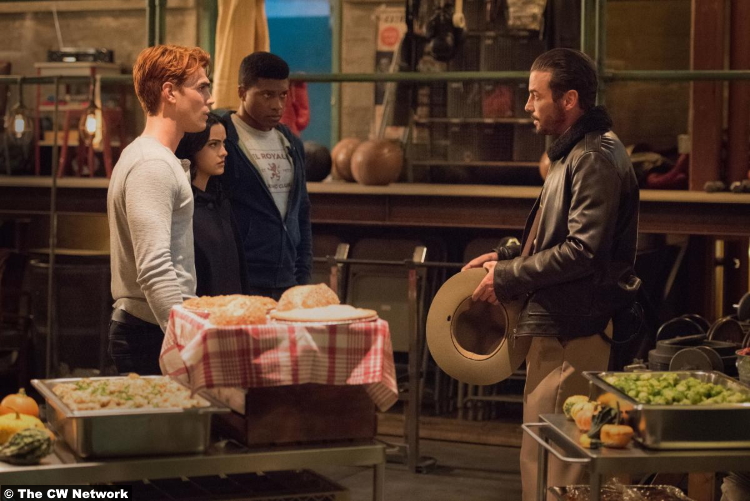 Bret later drops a paper that certainly reads like a suicide note. As there’s been one prominent suicide recently, Jughead is obviously suspicious. But Bret claims it was part of a writing exercise for the group, but not really the group, since Jughead wasn’t invited to take part. Sure.

By this point, Jughead had been pursuing a completely different line of inquiry, that of a Stonewall secret society called Quill & Skull. Both Mr. Chipping and Mr. DuPont were photographed wearing tie pins with the group’s logo. Then Betty finds one of those tie pins in Donna’s room. (Bughead lives, loves, and laughs to snoop.) Donna claims that she had been in a relationship with Mr. Chipping. When she tried to end it, he got weird, so she threatened to tell someone. Then the guilt or whatever drove him out the window. Sure. 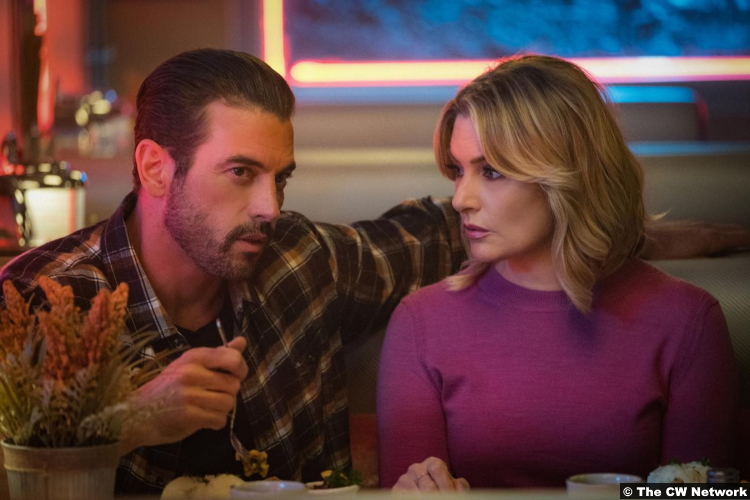 Back in Riverdale proper, Archie’s planning a big free Thanksgiving dinner at the El Royale. But because Hiram, who is somehow mayor now (???), is almost a literal monster, FP is dispatched to cancel it. (Supposedly, it’s because the community center is technically a crime scene because of Dodger’s being found there, but you know Hiram.) Well, FP delivers the message, but he can’t bring himself to enforce it. So the show will go on, but unfortunately, Dodger’s relatives crash the party. His mom wants Archie to pay for Dodger’s beating and she’s brought a gun to guarantee it. However, before things can get too serious, there’s an explosion and Mary gets the upper hand. The explosion, mind you, was that some dummy tried to deep-fry a turkey inside the community center. Can’t imagine who that could be. (Also, am I smacked or is Dodger’s mom played by the same gal–Azura Skye–who played Darla in season 2?)

While FP and Alice are having an uneasy dinner at Pop’s with Hiram and Hermione–where are Charles and more importantly, Jellybean?–Cheryl and Toni have invited over Aunt Cricket and Cousin Fester [this is not a typo]. Apparently, the gals really did kill Uncle Bedford. However, Cricket has put a damper on their body disposal, as she’s just been parked, watching the house. So they do the normal Blossom thing and trick the relatives into thinking they’ve eaten Bedford, so they can use it as leverage to keep the relatives away. Then Toni rolls out Jason’s body. Sure. 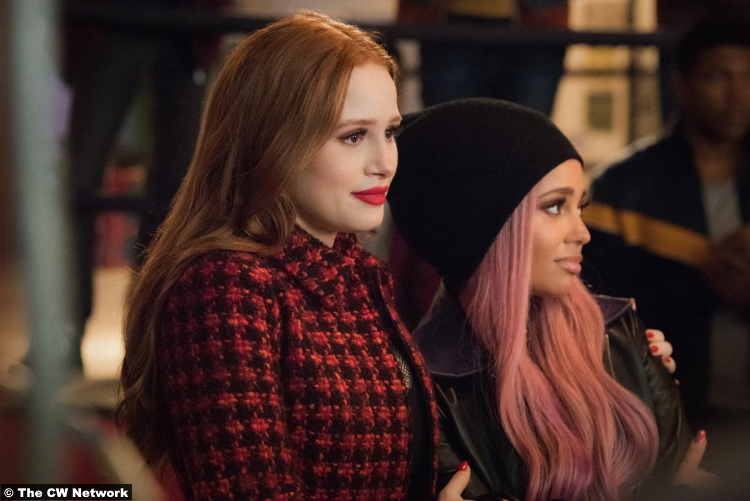 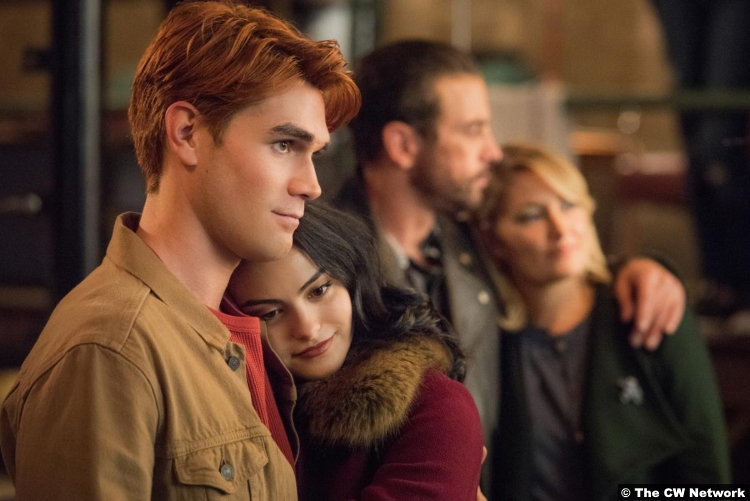 At Stonewall, Donna ends up telling the headmaster her long and sad tale, so thank goodness we won’t be investigating Mr. Chipping’s death any further. Also, someone is filming Betty and Jughead fooling around in his room. Don’t care for that.

In much better news, though, Archie dedicates the community center in Fred’s memory. It’s a lovely gesture for a show that too often forgets plotlines and even characters (where is the minor child Jellybean???). And so am I judging this week a little more favorably because of it? Sure.

8/10 – Although there was some Lodge nonsense this week, it was kept to a bare minimum in favor of stories that are actually interesting, like whatever the hell is going on at that dreadfully weird school. I also like the community center storyline. While it does strain credulity a bit that Archie is running this place, it’s a lot more satisfying to me than his past storylines.