As I mentioned last week, the His Dark Materials universe is very intricate. I don’t want to overwhelm anyone, but at the same time, I’m worried about not being able to explain things properly. Luckily, the show doesn’t seem to be stingy with the secrets, so I don’t have to worry about slipping up. And that’s great, because they revealed a big one this week. 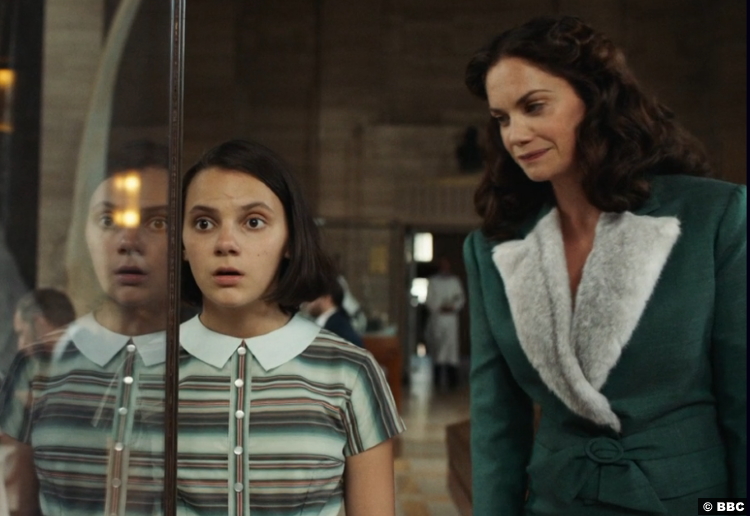 It comes in the course of Lyra’s stay with Mrs. Coulter. There’s something slippery about this woman, and although Lyra has lived a sheltered life at Jordan College, she has to sense it. Pan senses it, at least. He rouses Lyra at night, for instance, because he’s troubled by the odd noises he hears coming from the vents.

When it turns out to be Mrs. Coulter’s daemon (a golden monkey) alone in her study, Lyra is unsettled. Humans aren’t supposed to be able to stray that far from their daemons. It’s unnatural. But there are far more unnatural daemon interactions coming.

But before we get to that, we need to talk about the human-human interaction. You’d think that if Mrs. Coulter were really trying to mold Lyra into a powerful woman, that she’d be a little subtler and a little less totally suspicious. I mean, at one point in the episode, Lyra takes to carrying the alethiometer around in a purse she never removes. It’s very noticeable, but she’s a little girl. She’s not a master of deception.

Mrs. Coulter, on the other hand, is supposed to be. She’s a woman, after all, who wields power, as she puts it herself. Yet she’s got creeps from the Magisterium–the capital-C Church in this world–visiting her while she hosts the world’s most curious little girl, for one thing. And for another, for a woman who’s supposed to be in control, she is in a glass case of emotion. This is nowhere more apparent than when she allows herself to be drawn into an argument with Lyra, a child. Not only does she behave cruelly toward Lyra, having her daemon* attack Pan, but she also inadvertently reveals that Lord Asriel is not Lyra’s uncle. He is, in fact, her father. 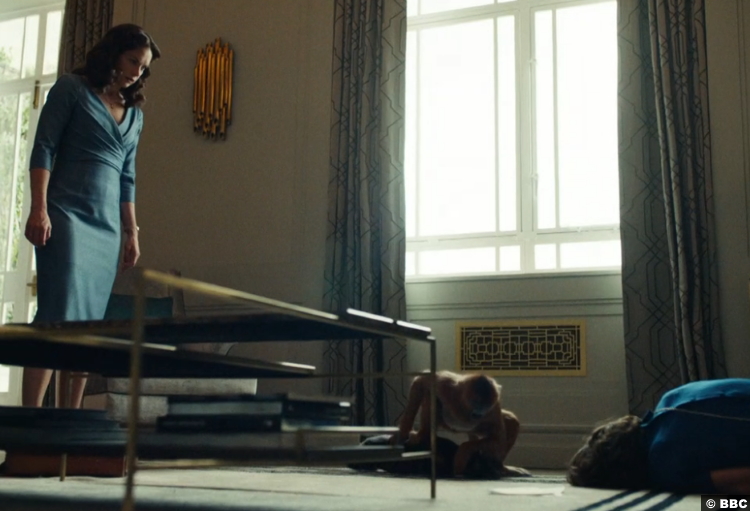 She appears to regret the incident later, but it’s really hard to tell with her. She is a very cold fish. Just look at the crowds with which she runs. We are introduced to a few of her chums this week and to a man, they’re all awful. Even the ones who don’t outright commit murder–more on that in a second–are just unpleasant to be around. The Magisterium fellows, for instance, or the lady at the…Child Hold (I don’t know what to call it)–it’s like all of them release a pheromone that tells you to give them a wide berth.

For instance, take Carlo Boreal (Ariyon Bakare)…please. He’s sent to Jordan to examine the head that Asriel brought back from the north. It’s supposedly the head of Stanislaus Grumman, but when Boreal touches the skull, he doesn’t believe it’s Grumman’s. Fine. (The meaning of all that is not important at the moment, but just tuck it away.) He believes Grumman is still alive and possibly hiding out in another world–our world. So he just walks through a portal into our world, like you would, and asks a friend in our time to watch out for Grumman. 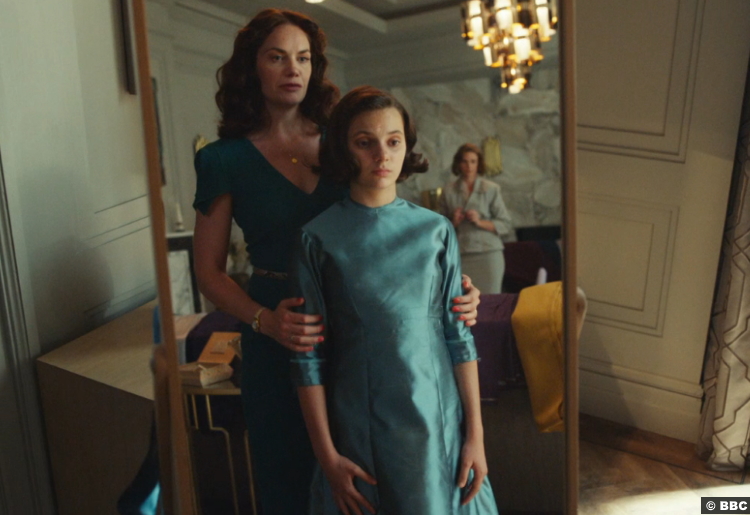 Meanwhile, just in case you weren’t totally convinced that Mrs. Coulter is a bad, bad lady, the show reveals that she is a part of the whole kidnapping children scheme. She’s not helping Lyra look for Roger, because she knows exactly where he is. He’s one of the many children she’s taken. Lyra, of course, doesn’t know this. However, taking the opportunity to snoop while Mrs. Coulter is out, she does find out that Mrs. Coulter is part of something called the General Oblation Board.

Lyra doesn’t know what that is, either, but she finds out later, to her horror. Mrs. Coulter has a cocktail party, because I guess she doesn’t have enough on her plate. At the party, a journalist, Adèle Starminster (Georgina Campbell), corners Lyra in a very awkward conversation. The gist of it is that with the Gobblers taking so many kids, it’s smart for Lyra to shack up with a Gobbler. When Lyra doesn’t get it, Adèle makes it even more painfully clear: Generation Oblation Board, aka GOB. Mrs. Coulter is one of the ones taking the children! 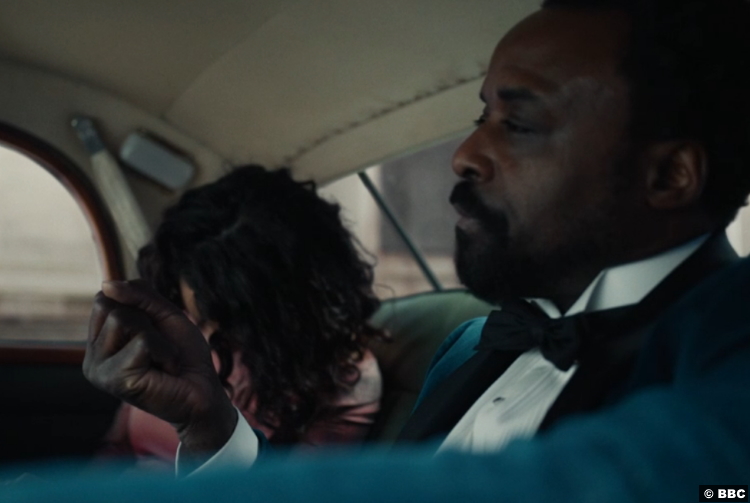 Well, we knew that already, of course. But it’s quite a shock to Lyra, who runs away in fright. She manages to evade Mrs. Coulter, but someone grabs her at episode’s end and her fate is uncertain. Similarly, the kidnapped kids are packed up for what they’re told is a trip to the north for the “best place” for them. Judging by those scary blueprints Lyra found, though, I have a feeling these Gobblers ain’t telling the truth. I know–the people who stole a bunch of kids might not have their best interests in mind? Hard to believe, but I think it could be true.

And speaking of not having the best interests, Boreal again. After Adèle is kicked out of the party, Boreal forces her into a taxi, following after her. And if you didn’t think these people were ruthless–even after all the child-stealing–what happens next should be proof. Not only does Boreal touch Adèle’s daemon–a major taboo–he crushes the little butterfly, essentially snuffing out Adèle. And he seemed so nice before! (No, he did not.)

7/10 – While I have no issue with going ahead and introducing the existence of other worlds–or the “Asriel’s your dad” reveal–on the whole, this episode moved a little slow for me. I realize that’s a funny thing to say right after talking about the multiple reveals, but I just had a small issue with the pacing.

*There are a few things about Mrs. Coulter’s golden monkey** that I think are quite telling. The fact that it doesn’t speak or have a name or that she hits it sometimes all point to someone who is deeply unwell.