REVIEW: IT Chapter 2 fails to match the greatness of the first

Two years ago, IT blew away audience and box office expectations, hauling in a staggering $700mm in cinemas, good for the most earnings in horror movie history. To top it off, the movie wasn’t just successful, it was good. It was great, actually, earning a 9/10 score RIGHT HERE on Cult of Whatever…

Review: IT is an instant horror classic

The movie only told half of Stephen King’s humongous story, meaning a follow-up film was inevitable. This weekend, IT Chapter Two premieres, and this time it does so amidst high expectations. Does the movie live up to them? 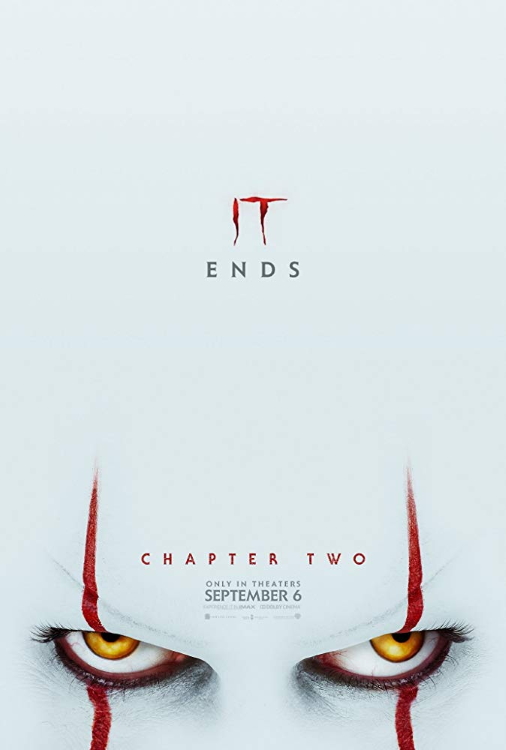 Here are five facts about IT that summarize what went wrong… 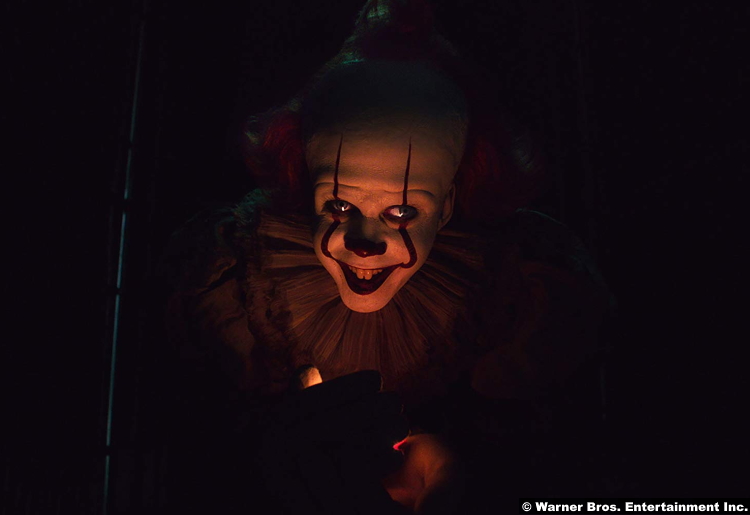 Clocking in at nearly three-hours, IT: Chapter Two is a full thirty-minutes longer than the first movie. On the one hand, I admire the attempt to go for broke and try something most horror films do not (most shoot for the 90-minute mark), the end result, however, is a movie that feels every bit of its two hours and forty-five minute run time.

Warner Bros. definitely has faith in the movie as they not only approved the long length (remember when they demanded Justice League be two hours or less) but they’re releasing the film in 4,570 theaters, making it the largest release for an R-rated movie ever. But a longer movie means fewer showings, and horror movies are notorious for being front-loaded with big opening weekends and not much else. Avengers Endgame released in over 4,000 theaters too and it actually hit the three-hour mark, but it moved at a snappier pace and was edited in such a way that you never really felt how long it was.

IT: Chapter Two is long, and you feel it, but fixing the problem isn’t so easy. Which takes us to…

IT DRAGS IN THE MIDDLE 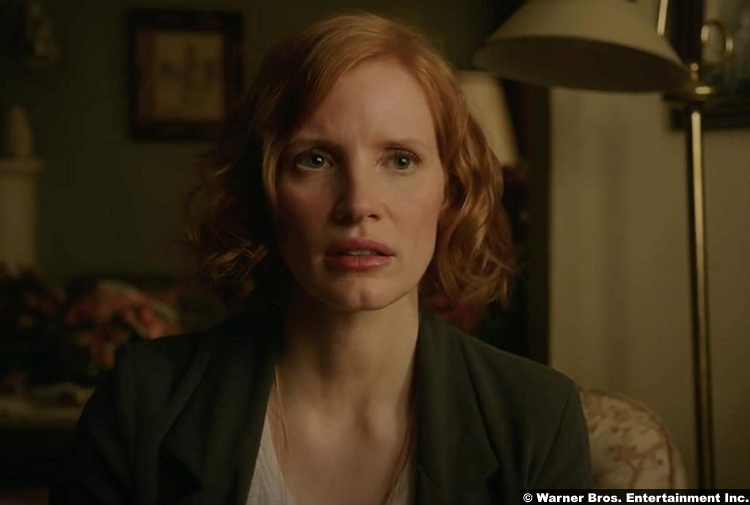 The heading is what it is, but that’s only half the story. Yes, the movie drags, but it’s not an easy fix. Typically when a movie is too long it’s because there’s a subplot that can be nixed or the first act takes too long to set things up, etc. Usually, there’s an obvious thing that just needs to be cut or trimmed and there are ten minutes you didn’t need and boom: Better movie.

With this one, there’s not really anything you can cut. Well, I take that back, there is one glaring thing that ordinarily could be cut but can’t be cut in this movie because doing so creates a whole new problem (more on that next). So we’re stuck with a movie that has no easily removed sequences or characters. Maybe you could trim up a ton of scenes, get them moving at a snappier pace: That might save you five minutes. There’s one minor villain character whose scenes could be cut but it would ruin some good bonding and character progression if you do.

Nope, there really is only one thing you can remove from the movie, but you can’t actually remove it because it would only make things worse. Which takes us to…

IT STRUGGLES WITH ITS ADULT CHARACTERS 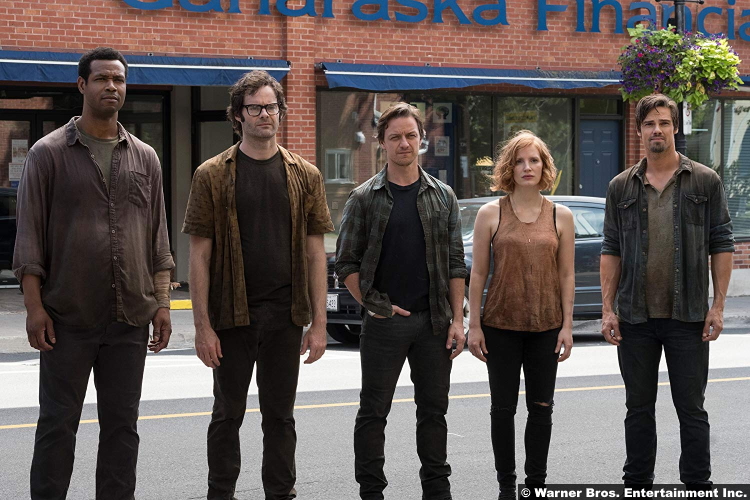 In my review of the first one, I said this:

The cast is too good, the tension too real and the dialogue too sharp to be ruined by a few minor quibbles.

The biggest problem with IT Chapter Two is that the adult actors aren’t given as good material to work with as the child actors had in Part One, and not all of the adults are as good at acting as the kids were in part one. To be clear, Bill Hader is a revelation and Jessica Chastain does the best she can with not much material. James Mcavoy is…okay, but the rest of the grown-up Losers Club look and act like soap opera stars. They don’t elevate the already subpar material.

Fortunately, the movie features plenty of flashbacks to the days when the Losers were kids. These are the moments when the film shines, as that cast of actors made the first movie and almost carry this one to victory.

And therein lies the problem.

But what can you do?

You can’t cut out the adult scenes because then the story unravels. Naturally, you’d have to cut the kid scenes, since they’re the only expendable part, but if you do that you’re cutting out the best parts of the movie. Because whenever the kids were running around, cracking wise and getting shook, the movie was just as good as Part One. Whenever the POV switched to the adults doing the same thing, it stumbled. Which takes us to… 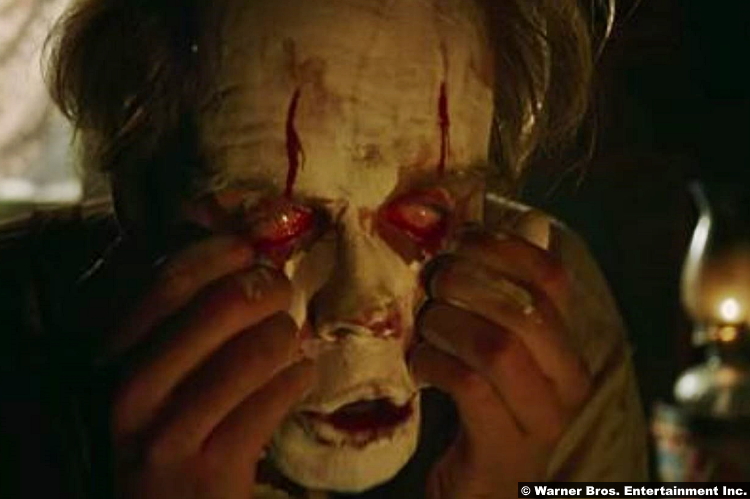 To be clear, there are some really good moments that will make you jump and freak you out, but the only really effective moments come when the kids are the victims. When it’s the adults, it just doesn’t work.

It’s easier to believe the terror in the face of a child running from a clown than it is an adult. Along the same lines, the panicked cries and worried remarks felt more genuine when the children were saying them than the adults. Again I must quantify this by saying Bill Hader almost single-handedly made the grown-up scenes worth it. The rest of the time, I just didn’t buy that any of these adults would have their jimmies that rustled by a clown and a haunted house.

When the grown-ups stand up to Pennywise, however, is when the film finally works. Which takes us to…

IT HAS A SATISFYING ENDING 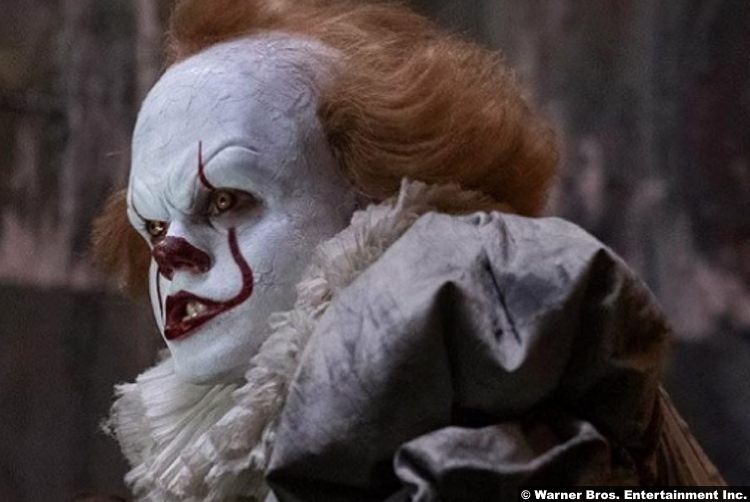 Spoilers here if you don’t already know the ending.

Pennywise feeds on fear, so the big turning point in the final battle comes when the adults decide not to be afraid of him anymore. This was the most believable part of the grown-up scenes, because laughing at and mocking a clown that can do far less damage than you might initially think is a very believable/rational thing for an adult to do (as opposed to an irrational child).

Seriously, though, is Pennywise all that scary? For 99% of the movies, he’s only able to hurt you if you are stupid enough to get within arms reach of him. Occasionally he would shake violently and run toward you, but everyone from child to adult managed to successfully outrun him. Sometimes he’d make you see something that disturbed you, but it was just an illusion. He also seems to be effective only in one solitary town. What’s the big deal?

So yeah, the moment when a bunch of 9-to-5ers stopped and said, “this is stupid…you’re stupid” and won? That was a great moment.

6/10 – IT Chapter Two has some great moments in isolation but it also has a lot that just didn’t work. The first movie was a 9/10 film and, combined with this one, the whole two-part saga earns an 8/10 rating.