REVIEW: Midsommar is not Hereditary

Last year around this time I watched what I called the best horror movie since The Exorcist.

Fair warning, this entire article is going to compare and contrast Hereditary with Midsommar. If you don’t think that’s fair, take it up with the film’s marketers, who invited that comparison. Last year’s movie was a revelation, a brilliant debut feature for Ari Aster. It was the kind of movie that made me immediately say “whatever that guy does next, I want to see.”

And here we are and boy am I backtracking. 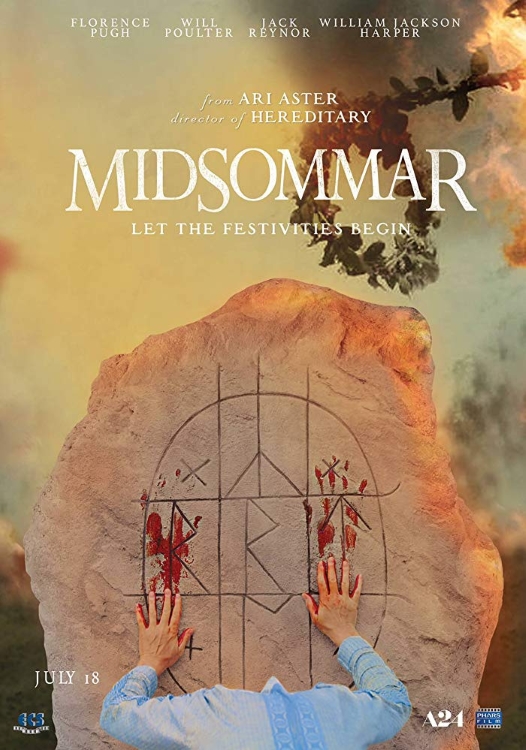 For his sophomore effort, Aster has crafted the most frustrating movie experience I’ve had in ages. Almost everything about this movie works. Visually it is gorgeous, stylistically it is captivating, in terms of acting it is flawless. On a technical level, there’s absolutely zero to take issue with. The movie plays like an acid trip, with bizarre, heightened visuals that drown out any semblance of coherent storytelling. 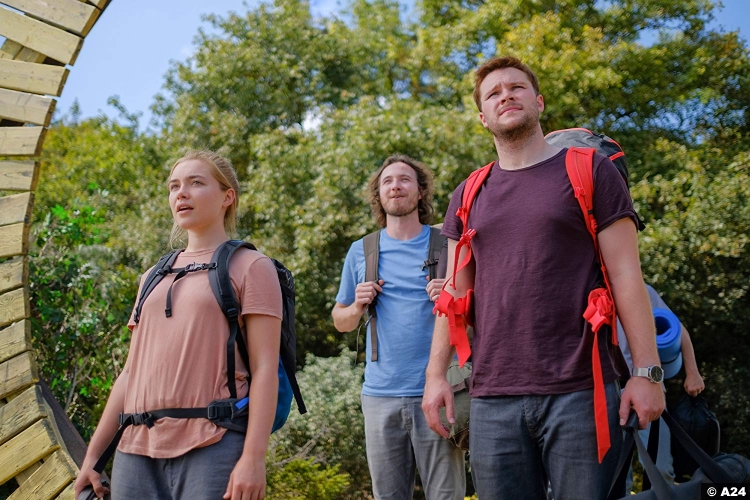 Last year I wrote this about Hereditary:

If I have anything cautionary to say about Hereditary it’s that it is absolutely, positively not a movie for the faint of heart. This movie is The Exorcist of our time. Scratch that: It’s The Exorcist-meets-Rosemary’s Baby. It’s everything the pretentious, stupid, wannabe-deep movie mother! wishes it was. It’s a horror movie that contains absolutely grotesque images and pulse-pounding moments of intensity, but for the most part it’s structured and paced like those two titans of old-school horror; apart from the crazy final few minutes, it has the same slow-burn “am I crazy or is THIS crazy” feel to it that audiences had watching The Exorcist in 1973, or Rosemary’s Baby five years earlier.

Hereditary, like Midsommar, had a theme playing in the background of its crazy visuals and dream-like structure, but unlike Midsommar, Hereditary had a far more sensible plot and was genuinely unsettling for basically the duration of the picture.

Also last year I said this:

I could talk about the movie’s atmosphere, how the film begins with a little blip of unsettling tension and anxiety, and how that blip never truly goes away, it just gets bigger and bigger and bigger as it presses on. There is not a single moment—not one single moment—where you feel comfortable enough to exhale. Every scene is unsettling, leaving you waiting for a jump-scare that your modern sensibilities are trained to expect, but which never comes. The modern horror movie gives you those scares as a quick release before dropping the tension like a rock for ten minutes before kicking it back up. They’re roller coasters—thrill-rides—but they’re not high art. They sacrifice good story and performance for the feeling.

Then along comes Hereditary, which slowly drives you crazy the way it does the characters in the story. You don’t just watch this movie, you experience the same feelings of dread, confusion, shock, fright and panic as the people going through the plot in the film.

You can forget all of that in Midsommar. This movie has loooong stretches of nothingness. Again, it’s beautiful to look at; I gotta hand it to the cinematographer, art director, et al, but still: Nothing happens for dozens of minutes at a time, and then when something does happen, it’s just bizarre for the sake of it. I can count on one hand the number of times I felt anything close to the feeling of dread and unease that Hereditary made me feel every second of its runtime.

Sorry I can’t really talk about the movie, I can only talk around it. I can’t talk about it because there’s nothing to talk about. 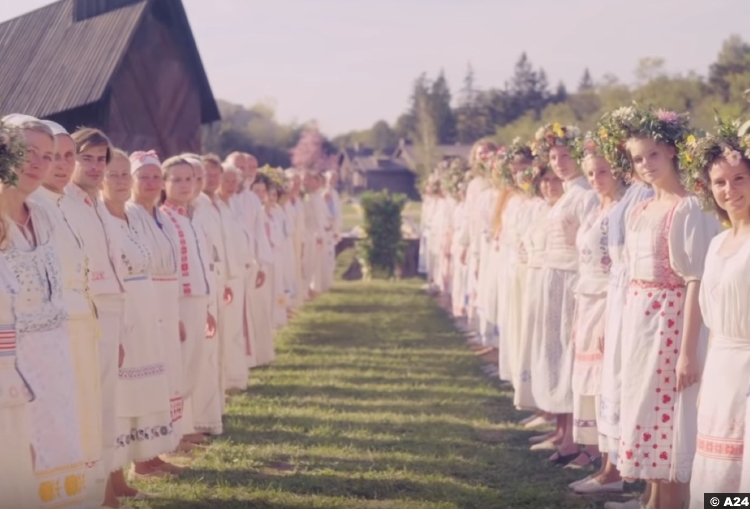 That was Hereditary. This…is not that. 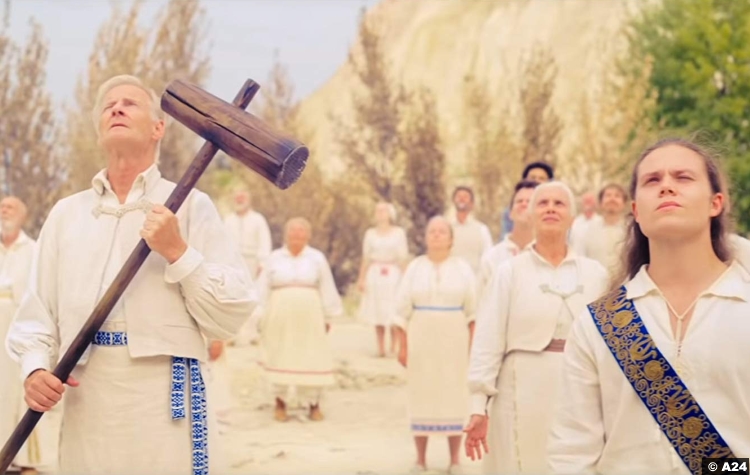 I wouldn’t even classify this as a horror, as it never actually horrified me. It grossed me out a couple of times but that’s about it. There just wasn’t anything that really grabbed me and compelled me to go on this very long, very slow journey.

And when a movie is beautiful to look at but meandering in its storytelling we call that movie pretentious, nothing more. It wants to be deep and critics are mostly giving it high praise, but I feel like this is an “emperor has no clothes” scenario, where no one wants to be the one to say “No, this was stupid. Pretty to look at, but stupid” because they don’t want to be accused of “not getting it.”

5/10 – This was stupid. It wasn’t gripping. It wasn’t unsettling. It was occasionally (like, four occasions) shocking, but mostly long, slow, and dumb.