REVIEW: Scary Stories to Tell in the Dark is “Teenager Goosebumps”

If you’re not familiar with Alvin Schwartz’ “Scary Stories…” book series, the best way to describe them would be “Goosebumps for high schoolers.” By that I mean it has all the campiness and young-reader terror levels of the R.L. Stein classics, but with the horror, the gore, and the terror ratcheted up a few notches. If Steven King is “Rated-R Horror” and R.L. Stein is “PG-rated Horror” then Alvin Schwartz sits comfortably in the PG-13 range, sort of the way Temple of Doom and Poltergeist ushered in the rating in between PG and R.

Upon release, the books (three in all) were among the most controversial on the market, with parents and schools hosting all the usual book burnings and “won’t somebody please think of the children” speechifying against it. Even a decade after release—even two decades after release—the books remain high on the list of banned books in the United States. The most common complaint against them is, expectedly, the level of violence and unfiltered brutality it describes. But Goosebumps this isn’t, nor was it designed to be. This is a horror for those too old for Goosebumps but too young for Carrie or Salem’s Lot.

And after the success of Goosebumps (though not as an adaptation), not to mention the academy-award winning authority of producer Guillermo del Toro, it was only a matter of time before a movie was made. Del Toro was heavily involved in the project in fact, which, if you have followed the director closely over the past decade, you know how big of a deal it is for any movie he’s involved in to actually see the light of day. GDT is notorious for starting a project, green-lighting a project, or otherwise expressing interest in doing a project, only to get bogged down with the next wild idea that strikes his fancy.

Throughout the development of Scary Stories, GDT said all the same good things; how much he was excited about it, how many ideas he had that he wanted to pour into it, how certain he was of its release, etc. It was all good, but we’ve heard it all before. Fortunately for horror fans, this one actually saw the light of day.

Scary Stories to Tell in the Dark is here. Was it worth the wait? 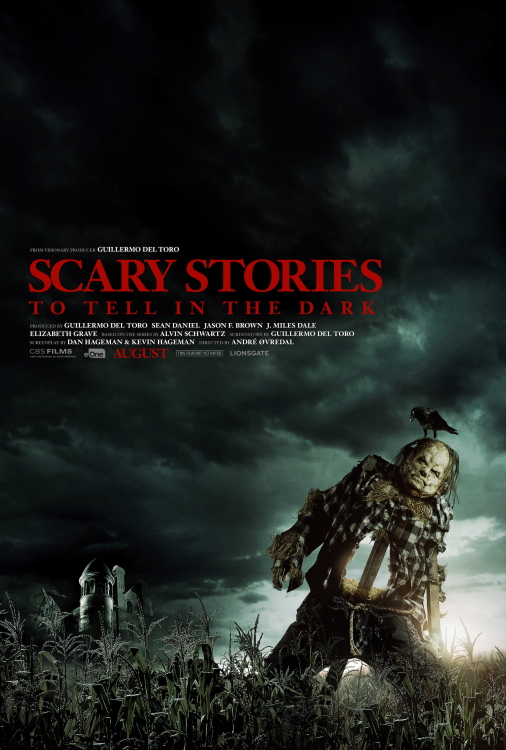 I think the strongest compliment I can give to the film is that it never once felt inauthentic. Everyone who watches movies with any kind of a critical eye has their own personal pet peeves; things that bother one person who writes about a movie may not bother someone else. I get that. I can only speak to the things that bother me; what bothers me the most in a bad movie is flat, fake-sounding, acting, specifically in the way the lines are delivered. If it feels like you’re reciting words that you only just read on the page half an hour before the director yelled “action!” I’m probably not going to have a good time.

I need performers to completely slip into the role, and to make their every word feel like words real people would say in whatever situation they are in, even if that situation is completely ridiculous and fantastical. Fortunately here, every actor (particularly Zoe Colletti and Austin Abrams) totally inhabited their characters and delivers their lines—be they humorous, threatening, or terrified—with earnestness and sincerity. It went a long way toward helping me overlook some of the more obvious flaws of the movie. 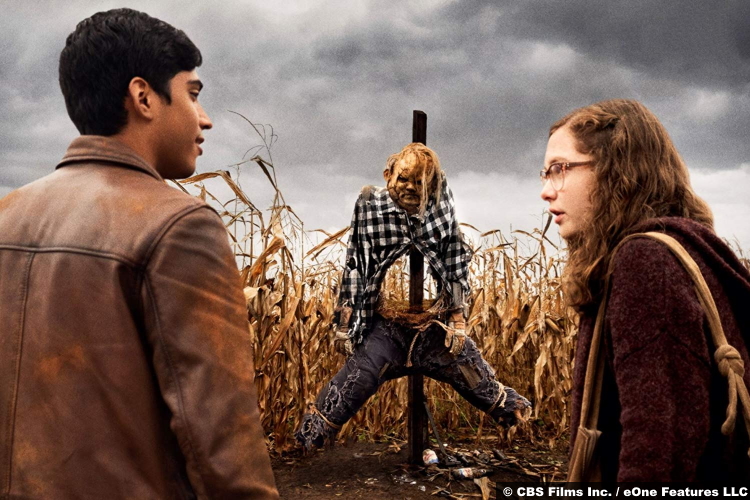 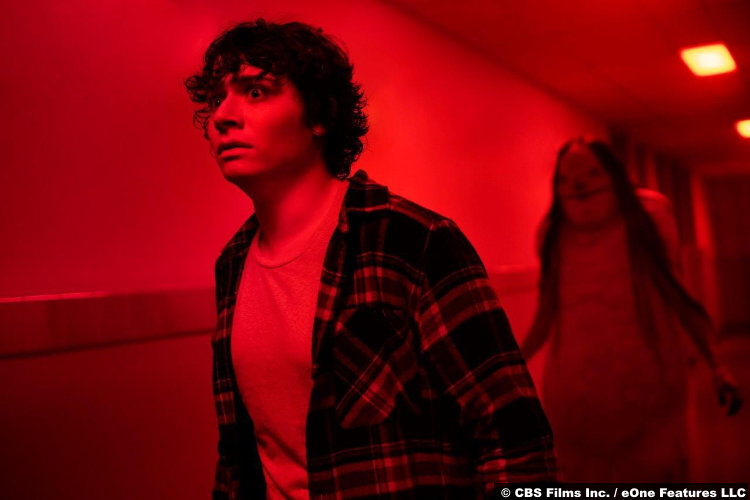 On the negative side, I was a perhaps most disappointed in the story itself, and in the structure around the various monsters and their attacks. One of the biggest points of contention around the movie was that it would not be adapting any of the stories in particular, either in a “one story per movie” format, or as a mini-anthology film with several stories presented in a row. Instead, the screenwriters (Guillermo del Toro and Dan Hageman & Kevin Hageman, and story writers Marcus Dunstan and Patrick Melton) went with an original story that served as sort of a hub around which a few of the more famous monsters from the books could make an appearance. This worked well in the Goosebumps film but it didn’t work as well here, probably because the former movie had Jack Black as a strong anchor and central voice, whereas this one had to rely on a contrived, quasi-Ringu knockoff story. The center of the plot wasn’t strong, which made the rest of the movie suffer as a result. 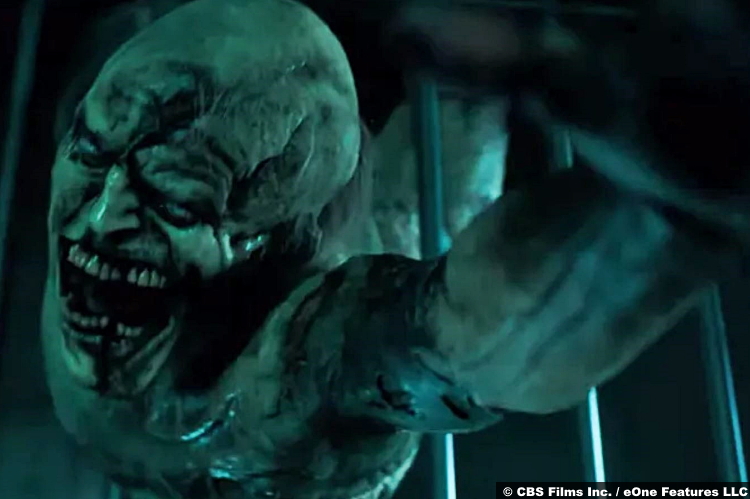 Individually, each of the monsters had great moments of terror and suspense. There is a scarecrow that turns its victims into scarecrows (presumably to terrorize others, too). There is a spider-bite that grows a million-spider egg inside your cheek, bursting out to bite you to death. There is a decrepit zombie with a missing toe, who really just wants his toe back and nothing more. There is a dismembered corpse that’s able to reassemble and disassemble himself at will. And, for me, most terrifying of all: There is a fat, slow-moving, creepy-smiling, lady who is around every corner, relentlessly pursuing you, closing in on you from every angle, until there’s nowhere left to run…and then she hugs you to death.

Isolated, each of these monsters is highly effective. But as part of a larger narrative, framed around a magic book that writes your death scenes as they happen in real-time, it’s a bit flimsy. That drags down the overall feature, despite how fun and well-made the film is otherwise. The door is open to a sequel, which means a potentially better framing device next time. In that case, the score can only improve.

8/10 – Scary Stories to Tell in the Dark isn’t going to revolutionize horror, but it can, despite a weak overall story, sufficiently inject some nightmare fuel into the minds of its target audience, ages 11-16.