REVIEW: Goosebumps 2 just does it all wrong

Sony continues to be the most incompetent movie studio still in business. Every time you think Warner Bros. will seize the trophy along comes Sony with another stunningly wrong-headed movie release. 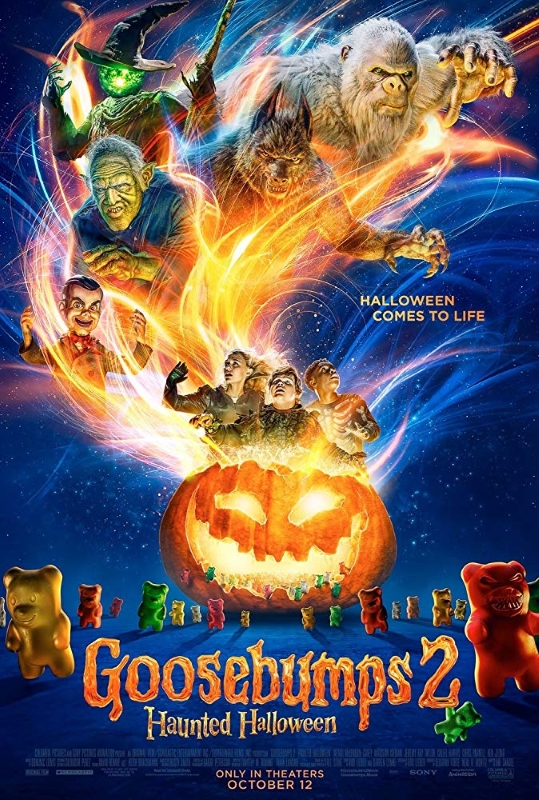 This time it’s Goosebumps 2, the sequel to the surprisingly good first movie from three years ago that should not have been anywhere close to as entertaining as it was. It was, however, due to three factors: Jack Black, the sharpness of the humor and action set pieces, and a strong, cinematic look to the movie. In other words it looked good, it sounded good and it felt good. A movie that lets you have fun without making you feel like an idiot will carry itself a long way and Goosebumps did that.  As a bonus, it landed on Halloween weekend, a time when theaters usually have a harder-core R-rated offering. Goosebumps was counter-programming that still appealed to the festivities of the holiday. It reaped about 150mm on a budget of 60mm, but has done even better on home video, making it worthy of a sequel.

And now here we are, and…

How did this happen? It’s not like we’re talking about someone making E.T. Part Two or Titanic II. This wasn’t a sequel to a movie that a definite, closed-book ending. The first film was very open-ended, allowing for more stories to be told from more of R.L. Stein’s books-come-to-life. There was a formula established and just waiting to be tapped. Instead, Sony made four—count-em FOUR—blunders with so much fail-skill that they have likely sunk any chances of establishing a new franchise.

A House With A Clock On It’s Walls came out less than a month ago. I enjoyed it. It didn’t blow me away but it made good use of its cast, had a solid-enough plot and some good set pieces. It felt like a sequel to Goosebumps, what with the “Jack Black and some kids fight off evil magic” concept. It ended up making almost the same amount of money as Goosebumps as well, which tells me the general audience saw it as a sequel if only a spiritual one.

For some reason Sony decided to release the ACTUAL Goosebumps sequel a mere three weeks later. Sure they released it near Halloween and since that holiday is a major part of the movie that makes sense, but even if they’d waited two weeks until the holiday weekend, it wouldn’t have made a difference. The fact is Dreamworks beat them to the punch, movie-goers got their “Jack Black vs monsters” fill and were ready for something else to eat. Sony would have been better to delay the movie until NEXT Halloween; the extra time might’ve helped them with the movie’s other flaws too… 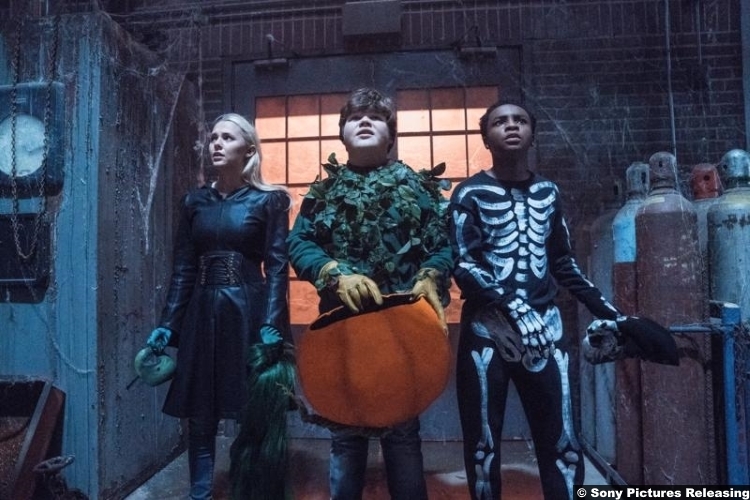 Sweet Moses does this movie have a terrible script. The movie’s biggest sin is so humongous it deserves a special entry, but even setting that aside, the rest of it is just awful. It’s boring! How can you make a children’s movie so dull and uninspiring? Nothing of substance happens for the first 70 minutes of this 90-minute movie. Character motivations do not exist. Some characters completely disappear midway through the movie, others are there from beginning to end without doing anything more than stand around and make bad (baaad) wisecracks. I haven’t seen a movie try this hard to be funny and fail so spectacularly since…whatever the last movie Adam Sandler made was. And only part of that lies in the screenplay… 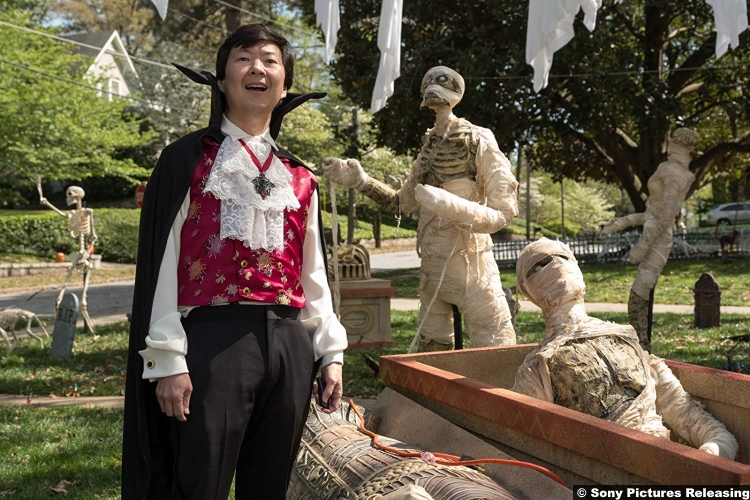 That’s the word: It’s flat, lacking in expression, personality or vibrancy. This is a movie about monsters from a kid’s “horror” book that come to life and terrorize a neighborhood, and it’s shot with all the visual flare of a small town car commercial. And there’s the acting: It’s the job of the director, number one above all, to get a good performance out of his or her actors. In that regard, Ari Sandel fails in epic fashion. These aren’t bad actors; most of them are small time but Jeremy Ray Taylor was great in IT. Madison Iseman was…better than this in Jumanji. There’s talent in this movie but they all look stiff and stilted and boring here.

AND THE BADDEST BAD DECISION OF ALL… 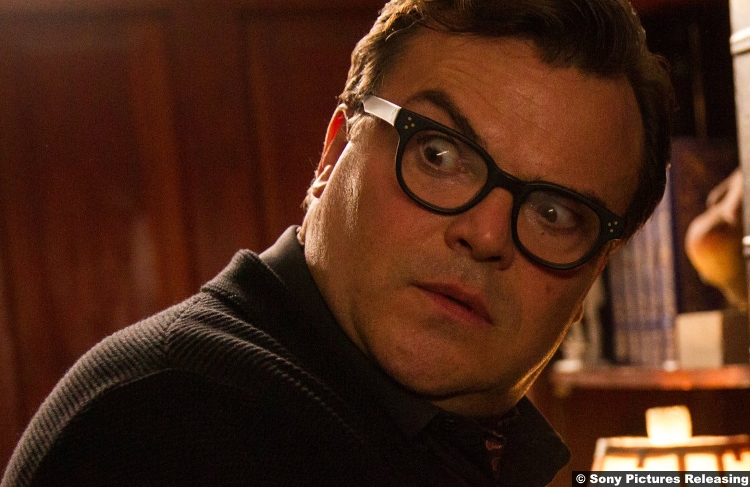 The best part of the first movie was Jack Black and his quirky (and wholly inaccurate) take on RL Stein. Black’s trademark sass and manic energy were put to good use in part one. Here? Here?!

Jack Black isn’t even SEEN until the beginning of the third act. He only appears in three scenes in the movie, one of which is just a teaser at the end of the film for a sequel that may never come. His character is basically completely left out of the movie but for two scenes, one of which—his first—is instantly the best part of the movie, simply because he is there. His charisma and stage presence liven everything else up. His witty lines (which, on paper, are just as cheesy as the rest) are delivered with the right mixture of earnestness and ham that it sells it and you buy it. This movie needed him starring in it from minute one in the worst way. Instead he doesn’t appear until minute eighty!

Imagine Disney making the first Pirates of the Caribbean movie and not putting Jack Sparrow in it until 90% of the movie was seen. Imagine if Han Solo never came on screen until just before the Battle of Yavin.

Sony, what are you even doing?

1/10 – and that “1” is just for Jack Black, who waltzed into the movie for a few delightful moments and managed to make me smile before disappearing once more like a fart in the wind.