As I said last season, at its core, GLOW is a love story about work. And as with most love stories, eventually, the honeymoon ends. That’s when the real work starts, when you have to get serious about maintaining it. 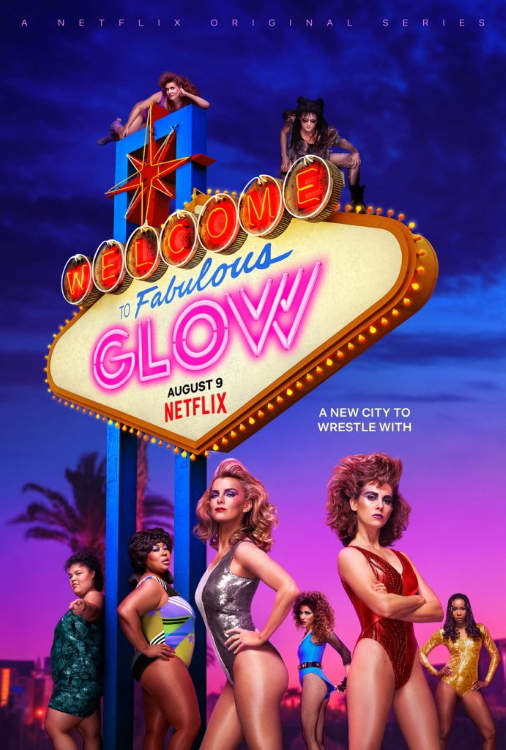 And work, of course, can be repetitive. I’m speaking generally here, but also literally, as the gals find out. If you recall from last time, they were on their way to Las Vegas to do a run of shows at a casino. Those shows quickly take their toll in various ways. For some of the women, it’s in boredom. Casinos are built to be places where you don’t notice that time is ticking by, after all.

For others, the toll is physical. After a while, Tamme’s back just can’t take the stress of slamming onto a mat several times a week. She tries to hide it at first, but back pain is one of those things that (doesn’t usually) just go away. She tries to suck it up and soldier through, but no one wants her to do that. So they’ll have to figure out a way to keep her in the show. 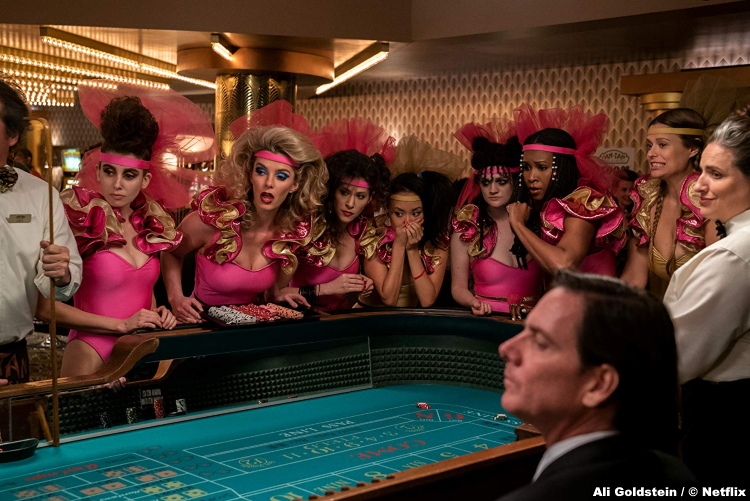 And for a few, the toll is emotional. Debbie flies back and forth between LA and Vegas so she can see her son, but it’s still not enough. She’s missing out on so much. Eventually, she will come up with a solution, but not before she meets Tex McCready (Toby Huss) on the plane. They’ll develop a relationship that goes places neither of them expects, particularly Debbie.

Not that anyone’s relationships are going that great to begin with, though. If you don’t remember, Bash and Rhonda got married, and now their honeymoon period is literally coming to an end. Bash is struggling with a lot of things this season, including an issue that’s only been hinted at before. Meanwhile, his mother Birdie (Elizabeth Perkins) comes to town, prompted by her suspicion of Rhonda. That won’t turn out like she expects, either. 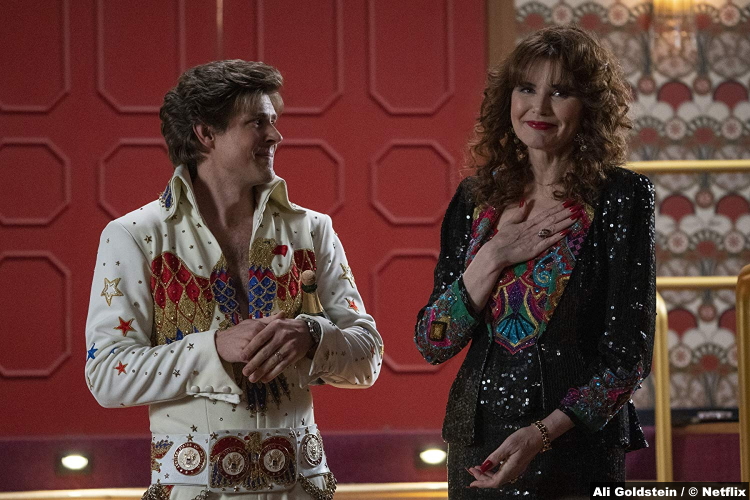 At the same time, Cherry and her husband Keith (Bashir Salahuddin) are discussing whether or not to have a baby. Arthie and Yolanda’s relationship hit a few speedbumps, while Ruth is confronted by Sam’s feelings for her. But romantic relationships aren’t the women’s only concerns.

Many of them are now focused on the future, for example. Tamme is living proof that you can’t wrestle forever. They’re all going to need some of kind of back-up plan. Hell, even Sam needs a future beyond GLOW, and he does the least physical job. So he works on strengthening his relationship with his daughter Justine (Britt Baron) and helping develop her future. 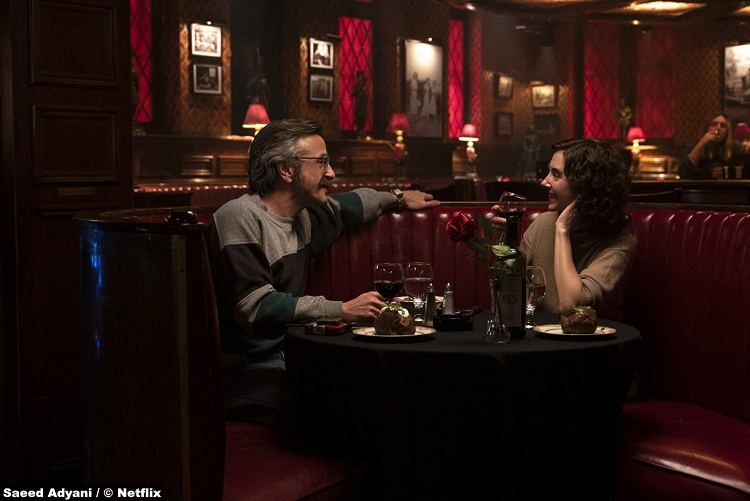 Developing one’s future–growth–is one of the biggest themes of this season. One of the biggest changes we see is in my beloved Sheila. She’s hidden behind the She-Wolf persona so long that it’s tough to get past her barriers. But Bobby (Kevin Cahoon), another performer at their casino hotel, finds a way in. I wouldn’t say that he’s the impetus behind her transformation, but he’s part of it. Even Sandy Devereaux St. Clair (Geena Davis), the casino’s entertainment director, has to deal with change. She’s part of the old Vegas, but that Vegas is dying out, even if she only partly grasps that yet.

Change is necessary, of course. But as the season draws to a close, there are hints that not everyone’s heading in the same direction. And they don’t have to. But they have to head in a direction. In Vegas, they want you to think the party will last forever, but all parties come to an end.

9/10 – While this season goes deeper (and sometimes darker) than the previous seasons, my biggest issue is that with a cast this big, not everyone gets their moment to shine. The scene between Melrose (Jackie Tohn) and Jenny (Ellen Wong) on the camping trip was excellent, for instance, and I wish we got more moments like that. As it is, there are still some characters, like Stacey and Dawn, that I don’t feel like I really know at all. I know they’re there mostly for comic relief, but they’re still there. And I’d like to hear from them some time.