In a departure from its seasons on Netflix, but a return to its first two seasons, this season of Black Mirror has only three episodes. You can look at this a few ways. On one hand, maybe they’re opting for quality over quantity. On the other, maybe they’ve run out of ideas. 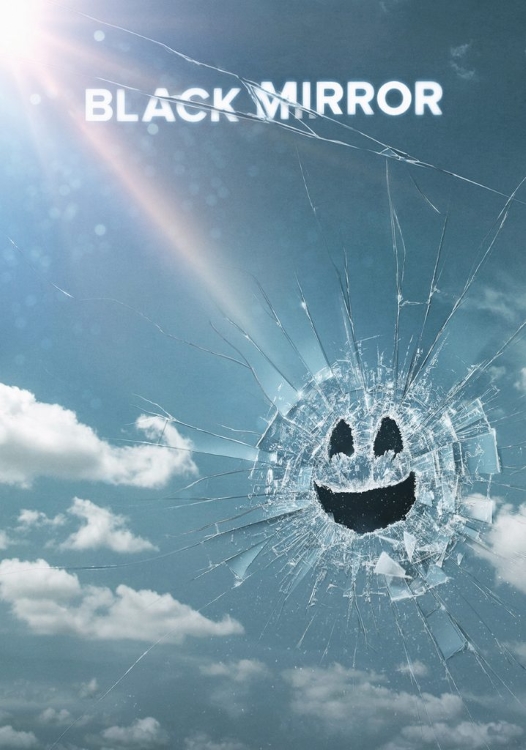 Unfortunately, over the course of watching this season, it becomes clear which one of those options is more likely. We begin with “Striking Vipers,” which finds Danny (Anthony Mackie) in kind of a rut. He and wife Theo (Nicole Beharie) have been together since college, but it’s evident that the thrill is a little gone. They haven’t fallen out of love, but there’s a feeling like something is missing. Enter Karl (Yahya Abdul-Mateen II), Danny’s old college friend.

Karl gives Danny an updated version of their old favorite fighting game Striking Vipers. While the version they played in college was a basic two-player fighting game like Street Fighter, the new edition adds a virtual reality component. Like many a Black Mirror character before them, they submit to the technology, affixing a whatzit to their foreheads that allows them to feel everything their characters do. And this will take them and their friendship in directions they, at least, never expected. 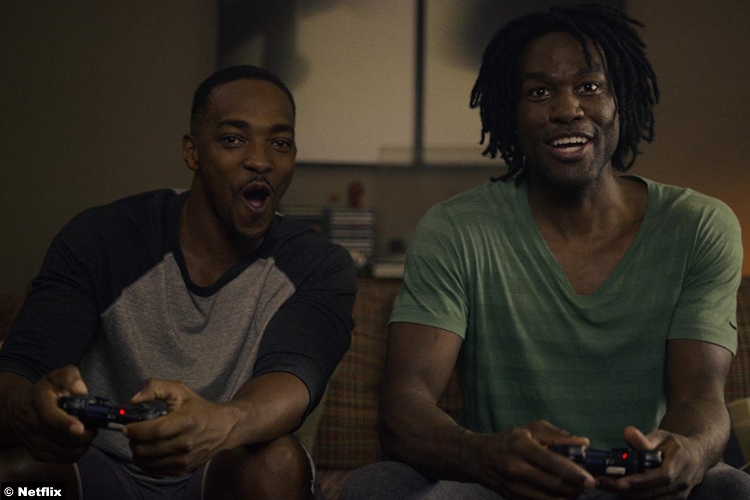 While it’s possible to read a lot into the episode–The Root had a take I found interesting–for me, that’s the problem. You have to read these things into it. The episode never delves into them in a meaningful way. The topics it brings up, like sexuality within a virtual environment, are handled superficially. It may remind some viewers of the stand-out episode “San Junipero,” but it has only an echo of that episode’s depth.

The same issue persists in the second episode “Smithereens.” While this one, about Chris (Andrew Scott), a grief-stricken rideshare driver, is buoyed by great performances, including by Scott, Damson Idris, and Topher Grace, there’s no there there. Chris puts forth all this effort to get in touch with tech mogul Billy Bauer (Grace), but the end result is kind of like the quip from The Dark Knight’s Joker: “I wouldn’t know what to do with one if I caught it.” 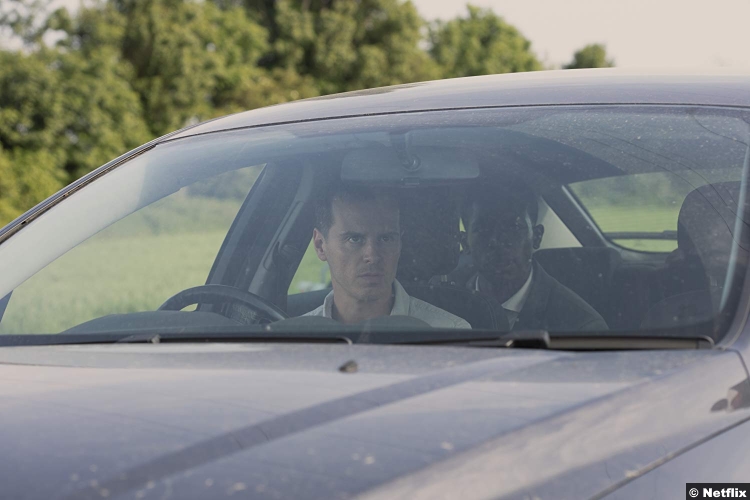 As with “Striking Vipers,” there are interesting ideas here–I thought the “God mode” was going to go somewhere else, especially with Grace depicted as a Christ-looking figure in the desert–but they’re never fully explored. How much responsibility does Bauer have? How much does Chris? The show raises these questions but doesn’t care to look further. And when it comes to an ending, the show flinches rather than commit.

By the time the season got to its final episode, “Rachel, Jack and Ashley Too,” I was running out of ways to say the same thing, so I just surrendered. Featuring Miley Cyrus as Ashley O, a pop star whose aggressively positive image masks her desperate unhappiness–AHEM–this episode plays like a demented Disney movie. And you know what? Fine. Yeah, plot details borrow from “Be Right Back.” Fine. 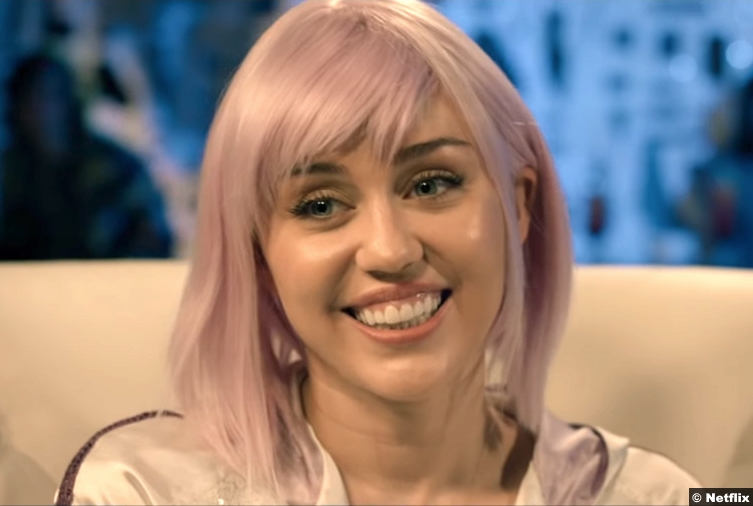 There are still clever elements to be found here–Ashley’s biggest hit is a poppy reworking of Nine Inch Nails’s “Head Like a Hole,” for example–and the future Ashley’s auntager (Susan Pourfar) envisions for the young singer’s career isn’t really that far off. And sure, if you look closer, some things won’t add up. If you’ve ever waded into “stan” culture, for instance, 15-year-old Ashley superfan Rachel (Angourie Rice)’s devotion won’t seem surprising. A girl her age wanting a doll-like Ashley Too might, though. But in the overall picture, looking at these episodes as a whole, it’s trifling stuff.

On that note, looking over the episodes as a whole, it strikes me that they all have happy or happyish endings. Maybe that’s one of the reasons this season feels unbalanced. It wouldn’t too bad to look toward hope, though. Black Mirror has overwhelmingly been the show that depicted the worst-case-scenario outcomes of our lives with technology. But in a world where technology has already affected in terrifying ways, how much scarier can it get?

6/10 – What is the point of these episodes? What is it they’re trying to say? They offer up fun ideas but fail to really examine them every time. Whether it’s lack of inspiration or just Bandersnatch-related fatigue, this abbreviated (for Netflix) season isn’t as impressive as past ones.