If you’re following along, here are the previous entries in our reviews of Star Trek Discovery: Season Two…

I think I see the pattern that Discovery’s second season has settled into.

The premiere episode was a messy one, laying the foundation for the storylines that will carry us through the year: Spock is missing, there’s some rocky history between he and Michael, also there’s these weird signal/alien/angel(?!) things that may or may not be the Iconians (but it’s totally the Iconians, come on), and Spock is somehow connected or at least involved with them.

The first episode did a good job explaining all of the varying elements and lighting the fuse to the season, but what it failed to do was provide a compelling hour of television. It’s one thing for a show like Stranger Things or The Crown to have episodes with no clear beginning or ending; they’re meant to be binge-watched in one or two sittings (depending on your level of fandom). You can watch those seasons all at once and treat them like one big ten-hour miniseries.

Discovery, on the other hand, delivers its goods piecemeal. You get an hour, then you get a week to digest it, then you get another hour, etc. In that case, you have to have a strong hour-by-hour show, with well-defined openings and closings and, most importantly, stuff actually happening that is resolved and moves the plot forward.

Episode one failed to do that…

Episode two did it to perfection.

The Johnathan Frakes-helmed hour had a stand-alone plot that offered a self-contained little sci-fi story, and even found time to advance the overall arc of the season in between some genuine discussions about sci-fi/philosophical-related things. It was *mwah.* You can’t see me but I’m doing that *mwah* thing where you kiss your fingers after a great meal. If the whole show was just that—great little sci-fi plots with the overall arc peppered in here and there—that’d be just perfect.

Instead episode three happened and everything just grinded (ground?) to a horrible halt.

The arc took center stage and everyone just spun in place for an hour, talking and talking about nothing, doing nothing, going nowhere. Everything ended and it was just such a chore. 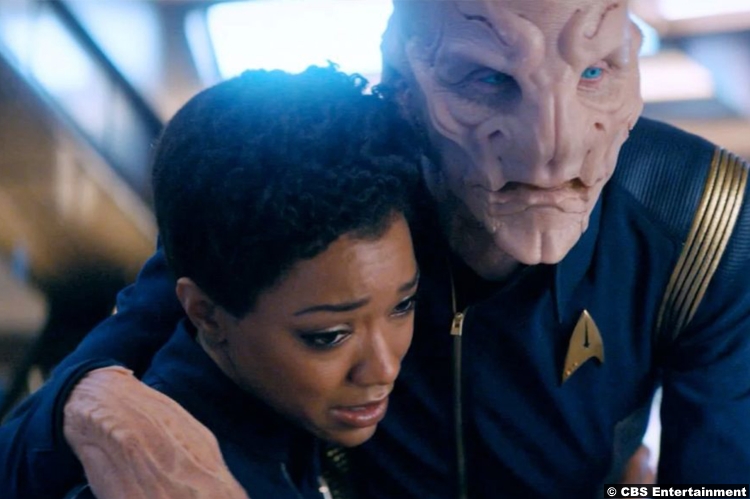 My overall thought is this: The first half of the episode worked, but as it progressed it became more and more tedious and long-winded, to the point where it felt like the longest fifty-minute episode I’d ever sat through. There were two major stories, both of which were hindered by the other because both should have been given the center-stage and instead both were forced to be each other’s B-story.

On the one hand there’s a big giant thing out in space. It’s weird. It’s scary. It’s going to destroy the ship but SURPRISE it’s actually friendly. It can’t help that it’s destructive. It just needs someone to figure it out and help it. That’s about as “Star Trek” as Star Trek can be. Very good idea. The execution was a misfire but I appreciate the effort. More of that.

On the other hand there’s Saru who suddenly announces he’s dying because the big scary thing out there has screwed with his physiology and triggered a life-killing response common to his species. The trouble here is two-fold. First, no one believes Saru is going to die. Even in a show that has killed off more than a few characters (or so we thought), Saru is so obviously safe because he’s one of the few people on the show whose name everyone knows. I still don’t know the robot lady’s name, nor do I know how she exists in a universe where Data is a hundred years away and supposedly unique. 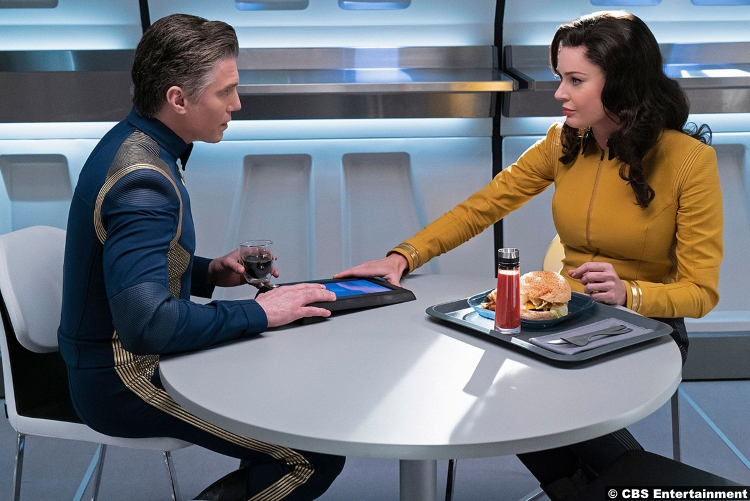 A story about Saru dying and instead evolving ought to be an A-plot and given twice as much attention as it got. Instead it was a B-story and not given time to breathe in the episode’s first half, and then rushed to a conclusion in the second half. The drama was unearned and unbelievable, ruining whatever effect the writers wanted to get out of it.

The episode earns a 5/10 – solely for the effort put into the Big Giant Thing plot. 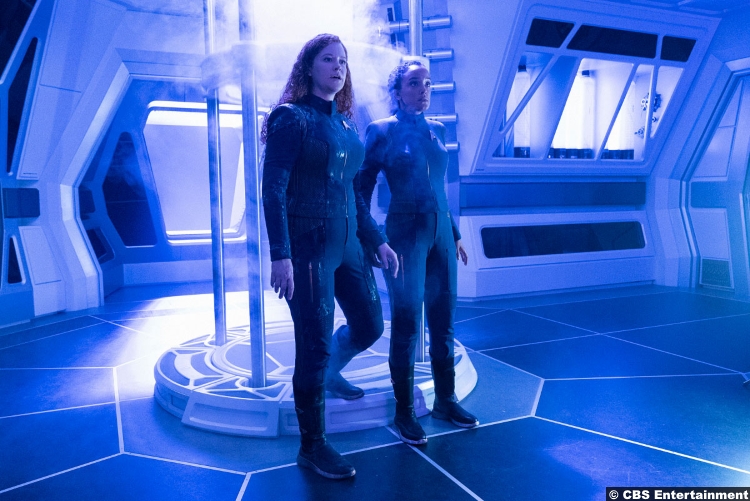 My overall thought is this: The episodes that put the season-long plot front and center suffer the most because there’s just not enough compelling “there” there to keep me invested in the story. That’s it. That’s all I have to say in summary: It’s just a bland, meandering, nothingburger of an episode. It wasn’t offensively bad like Point of Light was, because at least it seemed competently shot and directed, but the meat of the story was hardly meat at all. 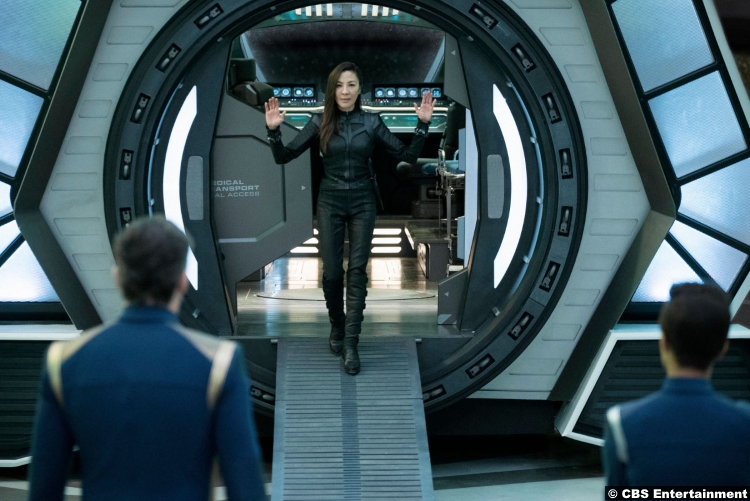