This season began with a mediocre debut but immediately thereafter dropped the best episode of the series thus far. 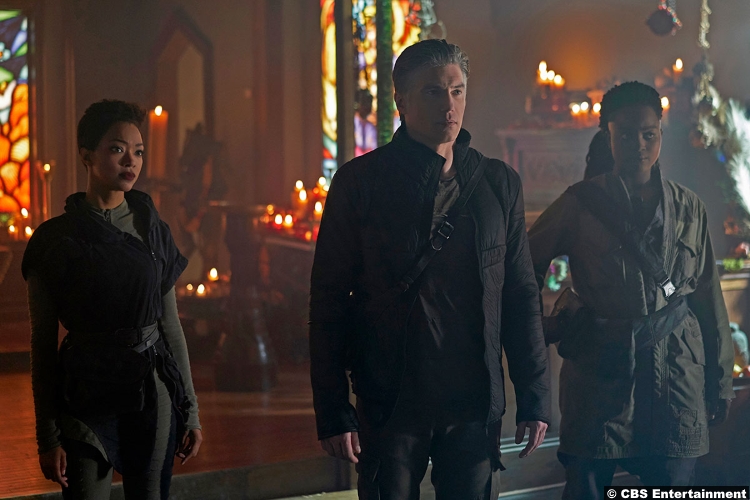 New Eden is as classic a Trek episode as you are going to get in these “new era of Trek” days in which we live. Discovery is, of course, a heavily serialized show with a single overarching theme propelling the narrative for the season. That’s fine, provided you do have strong episodes that stand on their own. That’s especially important when you’re releasing the episodes weekly, as opposed to a season-drop like with Stranger Things. Ronald D. Moore’s Battlestar Galactica had a very serialized plot but they still went to great lengths to make each episode have a strong story that begins, middles, and ends in an hour.

Discovery’s first season struggled with it, but they tried. New Eden nails it, however. It manages to be a great standalone episode, while also furthering the season’s storyline of the Red Angel. In addition, it feels like old school Trek, with the crew beaming down to a mystery planet, talking with mystery people, unraveling a mystery mystery, debating the mystery on philosophical and ethical grounds, and then beaming back having learned something about themselves.

That, ladies and gentlemen, is all I want from my Star Trek. 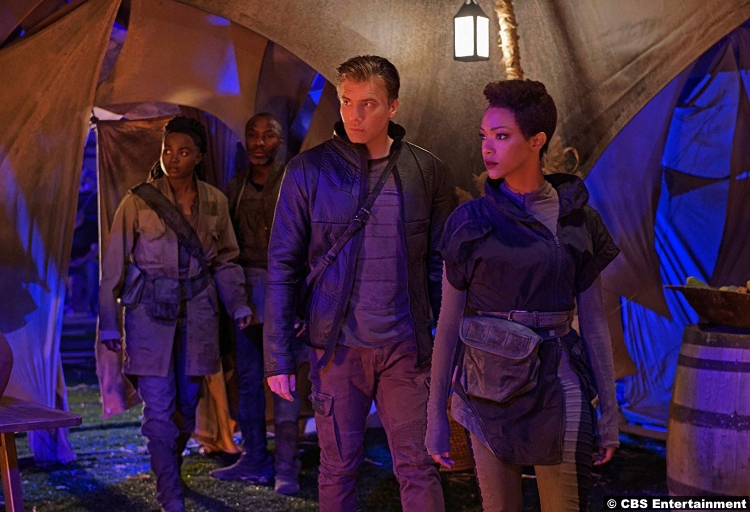 Phaser fights and holodeck adventures are great the way whipped cream on a pie is great, but if the pie is made out of feces, the whipped cream isn’t going to help. New Eden was directed by Trek vet Johnathan Frakes, and it shows. He’s an accomplished director and more than familiar with making Star Trek feel like Star Trek, having already helmed many great Trek hours in the past (The Drumhead, Quality of Life, Cause and Effect), not to mention one of the Franchise’s best movies (First Contact). There was an indescribable feel to the hour; it just sank into my Trek-loving brain like pajamas on Christmas morning.

There was a sense of urgency at times, without the show throwing too much at us. There were things to discuss, lessons to learn, points of view to debate (we talked about the Prime Directive and God; all in all a productive hour). And when it was time to have fun, Discovery did donuts in space. 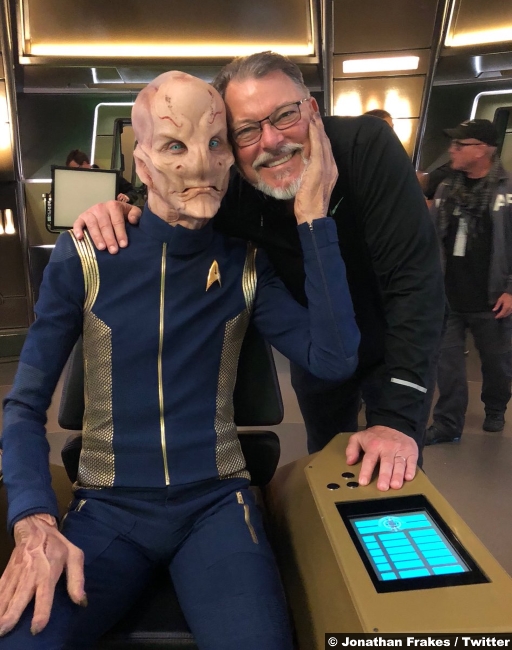 Who was the director of New Eden? Jonathan Frakes.

New Eden ought to be the episode shown to anyone asked to write for or direct an episode of Discovery. And I don’t think it’s a coincidence that the show’s best episode was also the one that really embraced its legacy, not in a superficial way, but with the way in the way it tells its story. It is the template for showing exactly what kind of show Star Trek can be in 2019, ironically by being the most like the Trek shows from a generation ago.

10/10 – Exactly what Star Trek should be. Do this fourteen times a year and I will be soooo happy. 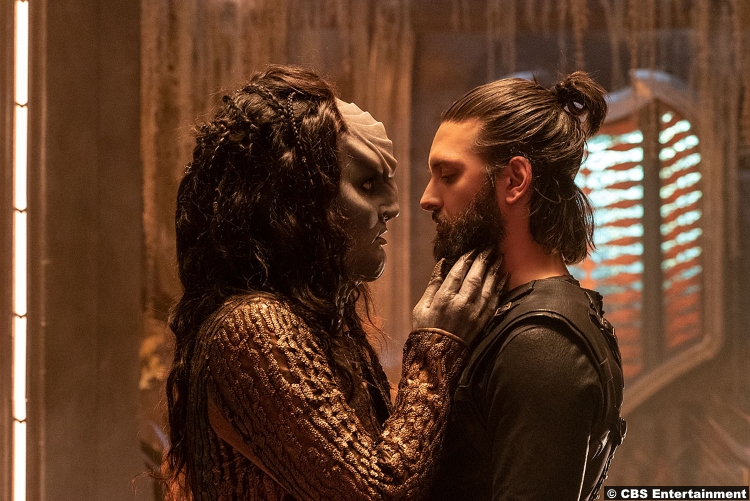 One week later and…every wonderful step forward has been replaced by two-stepping out of an airlock to drift in deep space, soulless and hopeless forever.

Point of Light? I don’t even know what that’s a reference to…

Anyway, I am shocked by how much I hated it, especially after last week.

One more time, last week was, in my opinion, the best episode of the show thus far. It was tight, fun, funny, contemplative. It was everything I want the show to be. This week was the show’s worst. It was meandering, boring, inconsequential. No one learned anything. No one grew. Nothing happened. Instead of a self-contained plot, there were three storylines happening but no singular theme to unite them, no grand lesson to learn, no growth by any characters. It is almost entirely skippable.

All you need to know is “Amanda is now looking for Spock” and “Ash/Voq is working with Section 31.” That’s it. One sentence of development on a 50-minute show that had nothing to say. 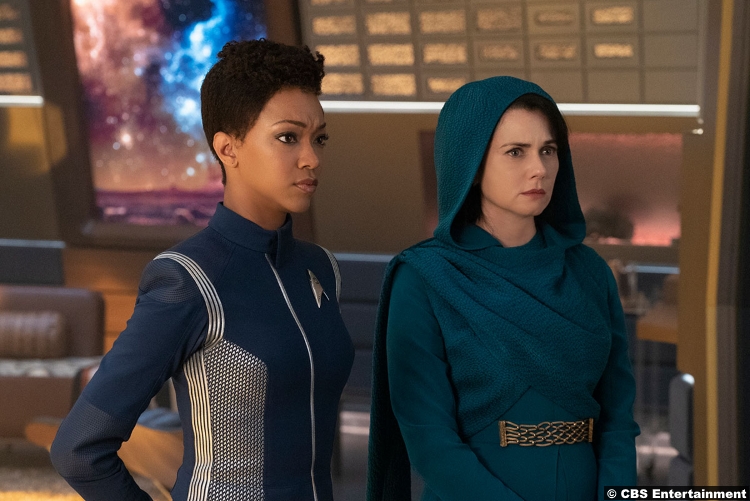 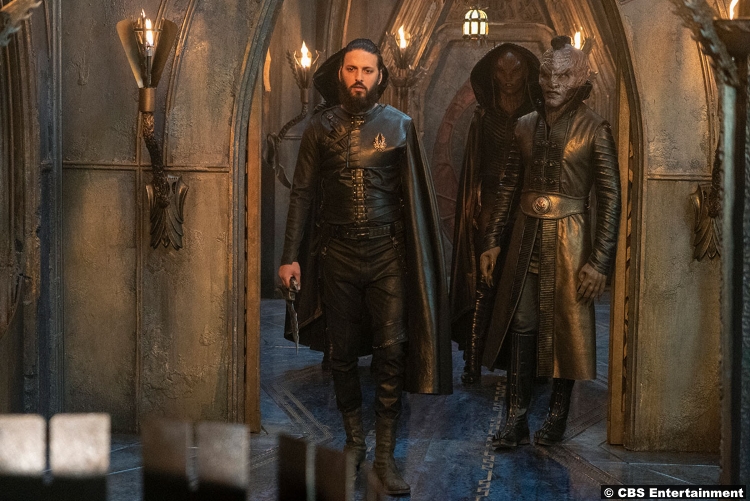 It was also, hands down, one of the worst directed hours of television I’ve seen maybe ever. It was shockingly bad. Actors were stiff, delivering their lines in a rushed, awkward way. The action was clunky as well, especially that Klingon fight scene. It happened so slowly (and not just when it was in actual slo-mo) it was like they filmed a practice run and just…used that instead. It was also a guessing game for me regarding character motivations. When Amanda left Michael to go find Spock was she…mad at her? determined to find Spock? I had no idea how to read her.

And the script was horrendous. Just line after line of exposition. No depth. No nuance. No problems to solve. No debates to be had. The worst part about it all was how un-Star Trek-like it felt, and I’ll give you two examples…

I’m absolutely stunned at how much I hated this episode, especially in light of how much I LOVED last week’s. I was lukewarm last season, unsatisfied after episode one this year, but all-in and on–board last week. 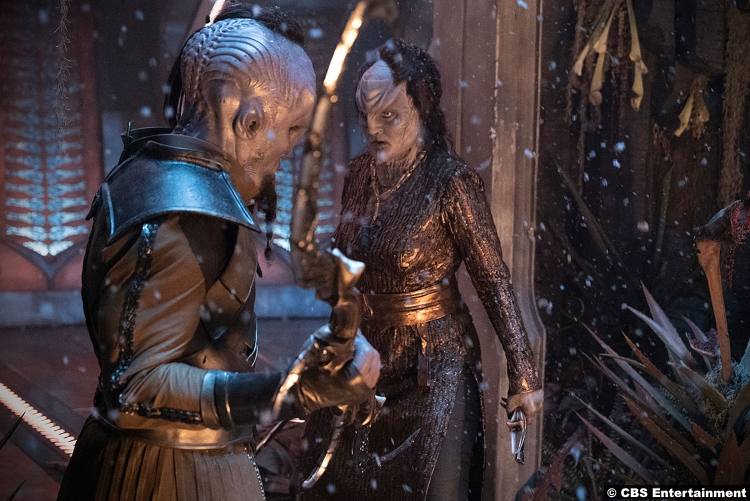 This week is in the bottom ten Star Trek episodes ever.

It wasn’t insulting in its badness, don’t get me wrong. That’s a distinction reserved for episodes like Turnabout Intruder, Code of Honor, Sub Rosa, Move Along Home, Threshold. It was just bad for how poorly made it was, how weak the script was, and how utterly inconsequential everything that happened was.

It’s indefensible and no amount of fan service like Kor’s daddy, the Albino from DS9 (I’m assuming that’s who the baby grows up to be), the old Klingon D7, or Section 31 can change the fact that it’s just a bad, bad hour of TV.

1/10 – A single point only because Pike had a funny line and Tilly’s DISCO shirt is awesome. I want one.