As I alluded to in my last review, I’ve been dropping hints to the murderer’s identity in each review. This was probably my favorite one. But if you didn’t catch them, that’s fine. It’s hard to straddle the line between hinting and giving too much away, something the show itself has struggled with in their Munchausen storyline. Tonight, it’s finally time to lay out all our cards.

Having returned home after the debacle with Richard, Camille walks in to find her family sitting down to dinner. It’s a special occasion because the murderer has been caught and Adora doesn’t have to worry about her daughter’s safety. Oh, the ironing. 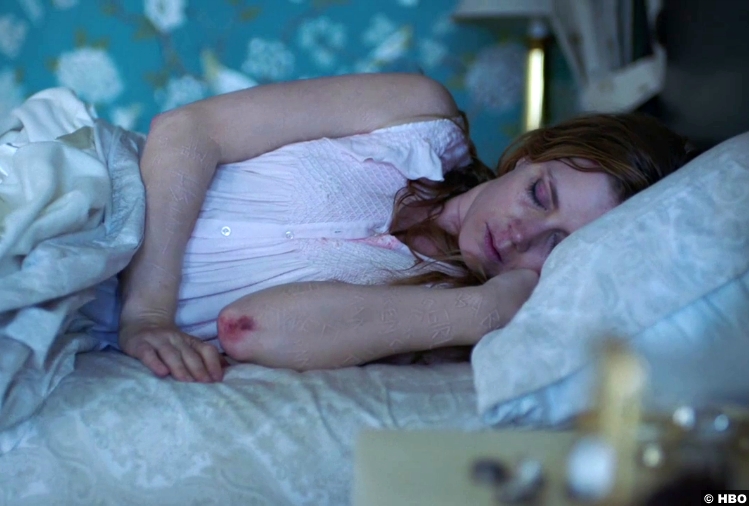 Camille has probably returned home with plans to confront Adora, but those plans are scuttled when she collapses as she’s trying to follow her mother out of the dining room. And then maybe because she’s feeling self-destructive, she then does what her mother wants most–she submits to her mother’s sickness regimen and takes the blue.

I don’t know what Adora puts in that mess–we later find out that it could contain antifreeze, various prescriptions, and rat poison–but it is fast-acting and brutal.  Camille is mostly confined to the bed then, because as Amma says, it’s too hard to walk on the blue. Better to crawl. 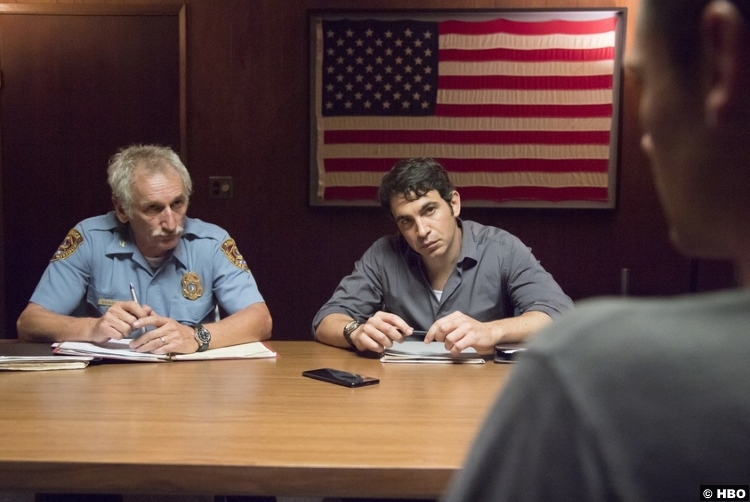 Meanwhile, Vickery and Richard’s initial interrogation of John doesn’t yield much. He maintains his innocence and he seems genuinely surprised that Natalie’s blood was found in the carriage house where he stayed. He’s not surprised, though, that his arrest may have something to do with Ashley. According to John, their relationship has been over, but he’d been putting off officially ending it because he knew it wouldn’t come without a big fuss. Then Natalie was killed and the inertia became quicksand.

Richard goes to see Camille, but Alan tells him that she’s out with her “girlfriends.” This would have been the first red flag for me–what girlfriends?–but I’m not sure Richard’s suspicions are heightened until he notices Camille’s car is still there. Either way, he doesn’t move until Camille’s boss, Curry, shows up and yells his way through the police station. 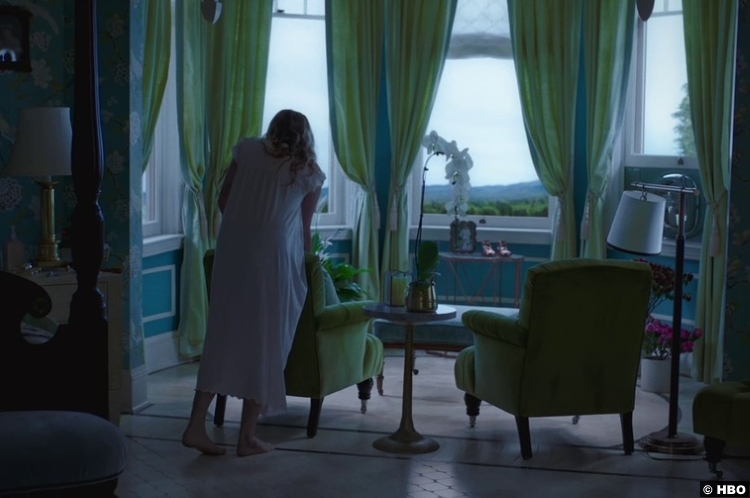 Having heard the knocking at the door, Camille tries to call for help but all she can manage are little gaspy pleas. Earlier, she’d tried to send a slightly heartier Amma for help, but Amma’s so trapped in a folie à deux with her mama that she couldn’t go. Camille’s so weak now that crawling down the hallway is enough to exhaust her and she collapses on the floor in Adora’s room. The lights on the ceiling start to throb and just as your heart is finishing its leap into your throat, you realize it’s the reflection of police lights.

Richard and Curry find Camille upstairs and call for paramedics. Besides Adora’s cache of “medicine,” they also find a pair of pliers–the better to remove your teeth with. Adora is taken into custody and life moves pretty quickly from there. After Amma and Camille complete their hospitalization and recovery, a wordless montage moves us through the next moments of their lives. Adora is indicted and apparently convicted, Amma moves to St. Louis with Camille, and Camille works to move on, knowing what she knows now. Amma makes friends with Mae (Iyana Halley), a girl in their apartment building, and she visits Adora in jail. Ain’t life grand? 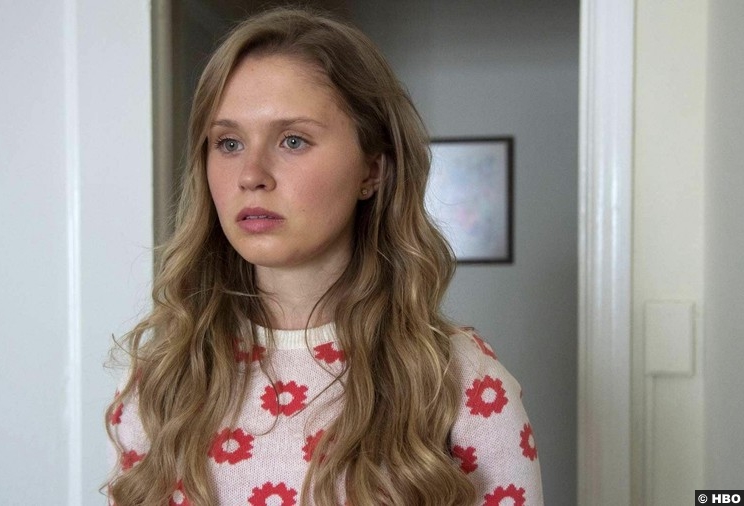 But after Mae’s own mama mentions that the girls had their first fight and oh, by the way, Mae’s missing, Camille finds the dollhouse bedspread Mae sewed in the trash. She puts the little blanket back on the little bed and examines the little rooms. Of particular interest is the room from which she was largely banned in real life and in the dollhouse: Adora’s room. We can see from her expression that there’s something wrong about it, but it’s not until she lifts up a tooth that we’re in on the secret–the call is coming from inside the dollhouse! The floor is almost fully tiled with little teeth. As Camille examines it, a noise behind her gets her attention. It’s Amma, stunned, and the only reaction we get before the credits are those three little words: “Don’t tell Mama.”

After the credits, we see it all in full. Amma has been the “woman” in white all along. And now she’s brought her reign of terror to the Lou.

9/10 – Whew, are y’all breathing normally again now? I tell y’all what, I read the book and still, my anxiety was cranked up to 11 tonight. I almost had to fast forward through that scene where Camille crawls from the bathroom. As for the episode and season as a whole, while I still think the Munchausen storyline and Alan’s complicity could have been better integrated, overall it was very good. I’ve mentioned the acting before–and I’ll mention it again, it was excellent–but I must also call attention to the direction from Jean-Marc Vallée. He’s had great source material, but still, it’s astounding how well he’s brought to life both Sharp Objects and before it, Big Little Lies. It was his decision to end the series on that jolt from Amma and I think it was a wise one. This hasn’t always been the easiest show to watch, but it’s been a beautiful one.

Ayo, what happened to Ashley’s ear, though?