Seeing the title of this episode, I couldn’t help but think of Coldplay’s “Fix You,” a song written about grief, about losing “something you can’t replace.” There’s a reason why the song says “I will try to fix you” and not “I’m definitely going to fix you–here it comes.” Some lows are actually highs–giant mountains it can feel impossible to climb. This week, we visit some.

Two girls have haunted Camille since she’s returned to Wind Gap, but not the two you might think. Not Ann and Natalie, the two recently departed. Instead, one of them is Miriam, her late sister. And tonight, we meet the other one, Alice (Sydney Sweeney). 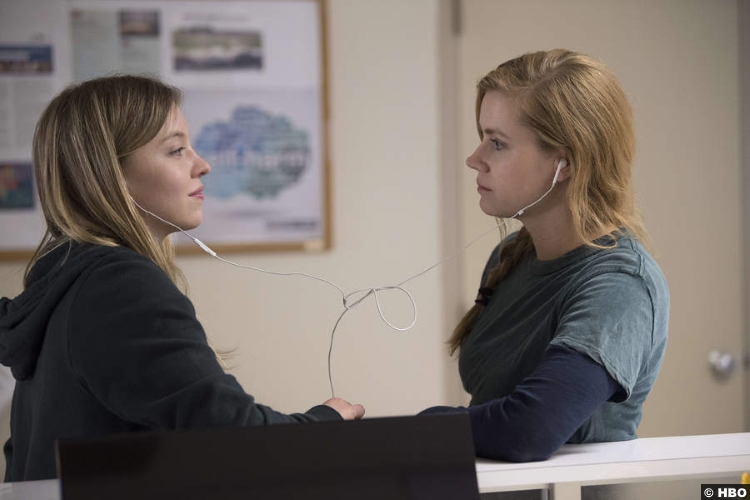 Alice was Camille’s roommate at a mental health center. Like Camille, Alice was a cutter. But she was a teenager and she thought she might grow out of it, until she met Camille. That isn’t to say that what happened to Alice was Camille’s fault. Our brains function as faulty cameras and intricate file systems and sometimes synapses misfire. Sometimes we can try to fix it, but there’s still so much we don’t know about how those tricky little waves work. And sometimes we don’t have the support we need to get through it.

We know, of course, that Camille doesn’t really have a familial support system. And we see in flashbacks that Alice doesn’t appear to, either. Camille and Alice form a nice team, a sisterly bond, but it’s not enough for Alice. A girl should have a mother who’s there for her, especially when she’s that young. (That also may be a sly commentary on Adora, who Goldilockses her parenting. With Camille, she’s not enough and with Amma, she’s too much. Either way, her children are eaten by bears.) 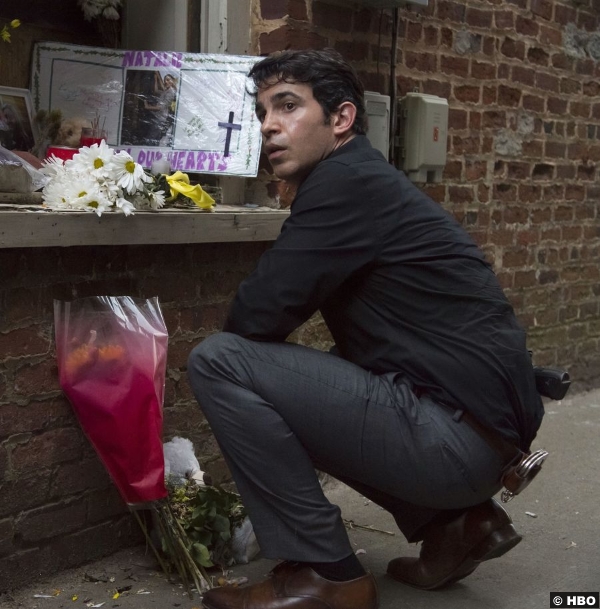 How was she with Miriam? Like Miriam, Alice is taken by a sickness. One low moment, the mountain is so high, and Alice just can’t climb anymore. In the flashbacks to the hospital, though, you can’t help but wonder about the sickness driving the murderer in Wind Gap. Richard thinks the murders are crimes of passion–not the kind that results in someone killing a cheating spouse, but “a different kind of itch.” He thinks whoever committed the murders was trying to exert control or express their power. Vickery, predictably, thinks it might have been a trucker or maybe one of those workers at the hog factory.

Maybe going up against this every day is what lowers Richard’s defenses later, when he gets drunk with Camille. They have a good rapport and it is not hard at all to imagine where this relationship is going. That is, if Amma doesn’t get in the way. She’s a hurt little girl and she lashes out in hurt little girl ways, like burying her lolly in Camille’s hair and making cheeky references to Camille’s youth in Wind Gap. Camille doesn’t respond like Amma might want her to, though. She was a hurt little girl, too, but she usually directs her hurt inward. 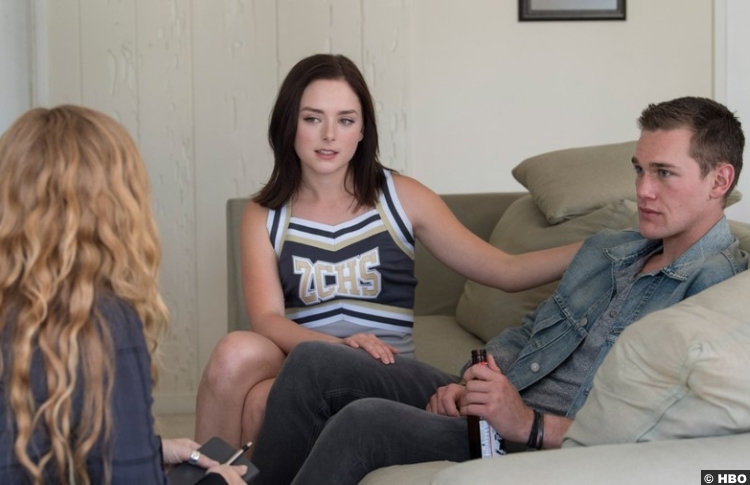 She’s sensitive, as Ashley (Madison Davenport) points out. Ashley is the girlfriend of John Keene (Taylor John Smith), brother of victim Natalie. And it’s Ashley who makes the double connection. Camille is sensitive like John. And then she literally connects them, setting up an interview. Their talk doesn’t yield much–it’s more of a background color kind of thing–but it is more successful than Camille’s second interview with Bob Nash, which is interrupted by Adora. She accuses Camille of “interrogating” Bob and it’s in Camille’s reaction here that we see the hurt little girl in her, as she shoves her things into her bag and storms off.

We see that same reaction later, when Amma interrupts her and Richard. Camille barrels off down the road, driving like the proverbial bat out of hell, which Wind Gap kinda is to her. She races in the direction of St. Louis, until a brief glimpse–mirage? hallucination?–of Alice stops her. She’s already haunted by two girls. I don’t think she wants to make it four. That won’t fix anything.

8/10 – Although I haven’t mentioned him much so far, what is up with Alan? Most of the time, he seems to move through life like he’s swimming through molasses, but that last scene, where he silently screams, is telling. But telling of what? That’s one of the things is doing really well so far–the curious details like that that sometimes flit through the background. Like those relating to Amma’s sickness, for example. Last week it was the fit and this week, she’s telling Adora that she threw up 3 times. That, of course, could just be the alcohol she’s chuggin’, but could it also be something else?

(On a personal note, this review is dedicated to Tala, the something I can’t replace, who left us last week.)