This week as we begin the second half of the series, Sharp Objects kicks off things with the best episode yet. I assume they’re trying to make it up to me for describing Calhoun Day as a “Southern pride” celebration. Reading that in tonight’s episode description made steam shoot out of my ears until I had to be sedated with an emergency IV (it was 10ccs of barbecue sauce). I am writing this from my fainting couch.

Speaking of hullabaloos, after the last episode’s cliffhanger-esque ending, it all turned out to be nothing. Camille wakes up in her bed and the fright of last week is never mentioned. 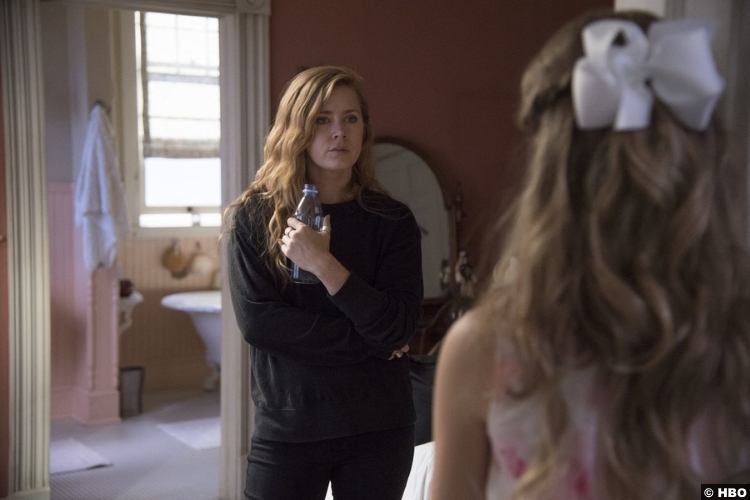 And ain’t that just the Wind Gap way? Sure, there are some horrors they cling to–the socially acceptable ones, see also: Millie Calhoun–but everything else, they’d rather sweep under the rug. That is, unless it can be used as a weapon, of course. So as Camille wakes, the preparation for Calhoun Day is underway on the grounds of the family home. Despite what the name may make you think, the day is not a celebration of war hawk and states’ rights advocate John C. Calhoun, but rather a retelling of the degradation and murder of town heroine Millie. Of course. Young (very young) Millie was taken as a child bride by Confederate scoundrel Zeke Calhoun. When Union soldiers turned up looking for him, still young and now pregnant Millie refused to betray her husband, even if/when it resulted in her death by fire.

What a lovely story. Be sure to bring the kids out for barbecue while we watch our local youths recreate this astounding horror. Amma will be starring as the sacrificed young girl, the director–Kirk Lacey–having vetoed Amma’s rewrite where Millie has an all-female militia and fights back. After all, why would you want to give Wind Gap’s young women the vision to fight back when you could teach them instead to endure?

Unsurprisingly, Camille wants nothing to do with this and even less unsurprisingly, Adora forces her into participating. None of Camille’s clothes will do, so the entire family loads into the car so they can go to a boutique. I assume Alan is there because Adora is too delicate to drive or whatever–she’s still nursing that scratch on her hand like she got it caught in a bear trap–but I don’t get why Amma needs a new dress for the festivities. Nevermind, it’s really just so she can be there to witness. Because while Camille is in the dressing room in only her underbody, as my Southern great-grandmother would say, someone swipes her clothes. 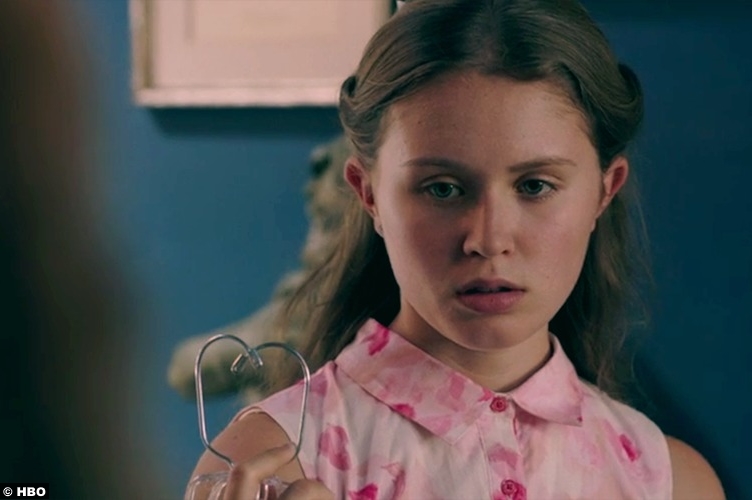 After a moment of pleading, Camille emerges from the room. For the first time, Adora and Amma (and we) see the full extent of her scars. Adora, predictably, wails that she’s “ruined.” Amma is fascinated. Up until this point, she’d been needling Camille about her article, which has gone Wind Gap viral, but seeing Camille like this moves her to reach out. She tells her about a friend who cuts–who could it be now?–and offers her a beautiful white dress to wear to Calhoun Day.

I will withhold my jokes about the impracticality of wearing that to a barbecue because Amy Adams looks AMAZING. I know it’s for the character, but Camille’s drab wardrobe has been doing her no favors. Anyway, someone who has been doing her favors: Richard. He shows up for Calhoun Day, despite his protests to cancel it. It’s interesting, by the way, to see how tough Vickery is in defense of the day, when we know he lobbied Adora himself to cancel it. 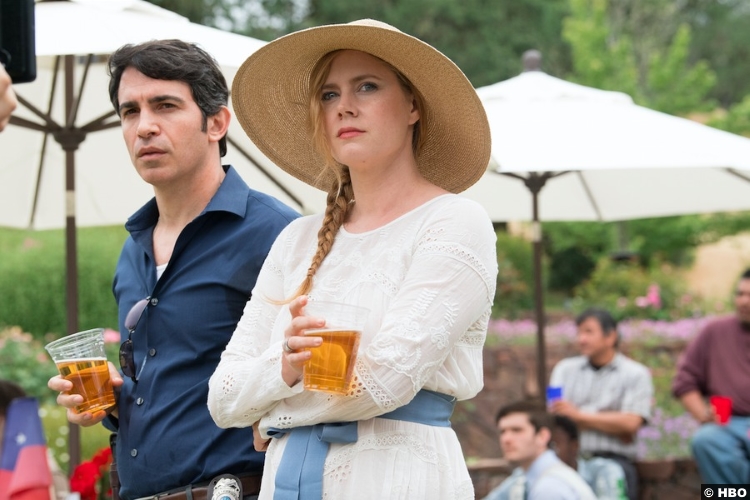 The actual celebration is like other town gatherings we’ve seen in that townsfolk, whom I’m sure consider themselves good people, say mean things to Camille while smiling. There are some changes, though. Kirk finally gets up the courage to speak to Camille, much to his wife’s silent disapproval, for example. Bob Nash and John Keene, who are both attending the day for some reason, get into a fistfight. Amma, who is high, runs away during the commotion and is found by Camille in that nasty ol’ shed.

And Adora, who cannot for one-second stand for Camille to have happiness, gives Richard a tour of the house. Please enjoy the hand-painted silk wallpaper, the floor made from real ivory, and my daughter’s mental issues hint hint run away. She cannot stand for Camille to be happy, because if she were, Adora would lose her scapegoat. So she tries to compound her actions with revelations about Camille’s father that she wraps in tender confession. He couldn’t get close. Camille’s inherited his temperament. That’s why Adora’s never loved her. “I hope that is of some comfort to you.” Hmm, great talk, ma. 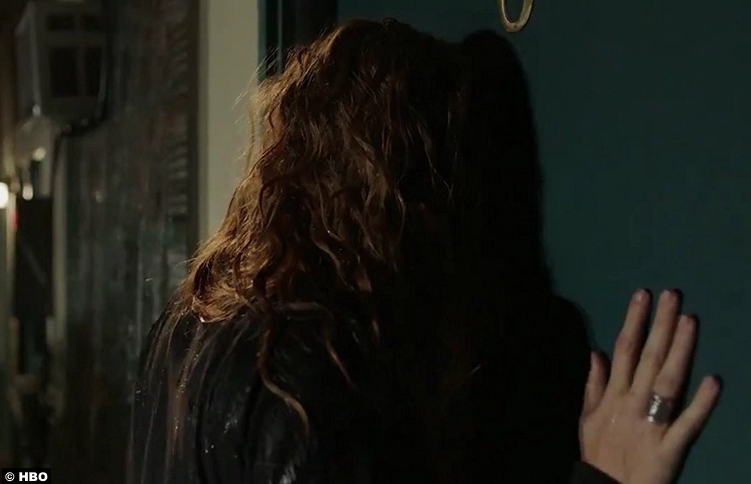 It’s no wonder then that Camille leaves her family home to go have sex with Richard. It’s not love or desire and it’s not that intimate–she barely gets undressed–but it’s the closest she can get to another person.

9/10 – That scene in the ladies’ boutique was probably the best of the series so far and it elevates the rest of the episode. Without it, I’d be a bit miffed that we don’t make much noticeable traction in the murder cases this week. It does give us an excellent eye into the way that Wind Gap works, though. Watch the way people watch each other. Hear the lies they tell. Like, Adora wanting Richard to know that even though there is some darkness there, there’s a lot of good. Have you seen it?

Also, I don’t know how they’re going to wrap all this up in three episodes, but good luck.