Season two of Westworld is a flawed piece of television. As much as I’ve enjoyed most of the episodes this season, it feels more chaotic and cobbled together than season one. Some of this is completely by design, after all the park has been in complete chaos since Dolores iced Ford and at least half of the other guest in one go, and I’ll get a much better idea of whether season two is structurally sound once I’ve seen the completed story, but there is a sense of the show swinging wildly at times. A lot of this is due to the fractured timelines and overall obfuscation of certain details to keep us guessing, though the mysteries have been handled better than season one. Last week’s episode, though very exciting, had a tinge of anti-climax to it, and while we know that we’re headed to the Valley Beyond, I’m still none the wiser how everything is going to come together.

Kiksuya doesn’t quash these criticisms, it’s forward momentum is still stuck in park as the plot moves forward slightly with Grace rescuing William, Maeve in the clutches of Charlotte, and Maeve’s daughter now in the surprisingly safe hands of the Ghost Nation. It’s obvious that the last two episodes are going to be absolutely packed with incident, which is why this episode feels like a strange place for a detour. Even so, and much like season two of Legion (which may only be similar in my mind as I’m currently reviewing both shows), Westworld has chosen to grind things to a halt to give us a story that is unexpectedly excellent. 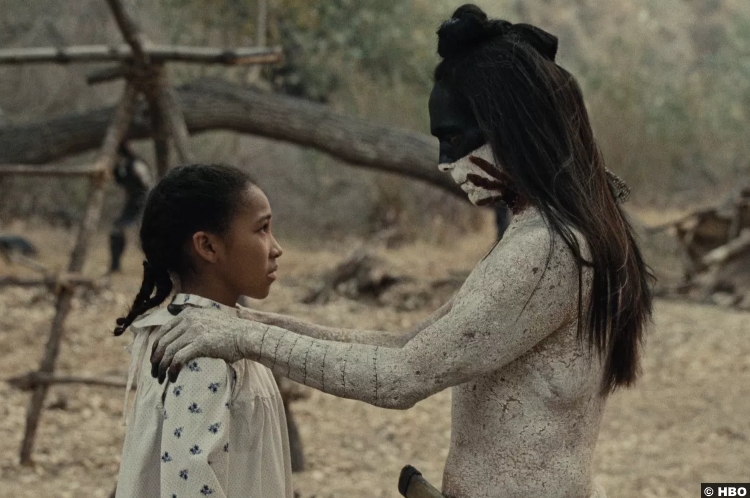 I know that this is an obvious thing to say about a show that is eighteen episodes deep at this point, but Westworld is about stories. The parks are full of different narratives that are designed with the guest’s desires in mind, both good and especially evil. We have witnessed the hosts, who are introduced as stock characters (Dolores the fair maiden, Teddy the good man with a dark past, Maeve the street-smart madam) seen in nearly every Western (revisionist or not) and watched them take their narratives and their lives into their own possession thanks to Ford’s decades-long plan to grant Arnold’s wish to set them free. We have also witnessed how the hosts have changed from season to season. Dolores is now a brutal General, who picks and chooses which of her kind will reach the Valley Beyond, Teddy is now Dolores’ blunt instrument, and Maeve has become something akin to Neo.

What I’m saying is that it felt like the show was giving us a wide array of stories that felt vital to the show while also providing a showcase for these characters. Except Westworld always has a trick up its sleeve, and Kiksuya is the best example of this so far. Akecheta is a character that has been in the background of the series up until this point, mainly as the leader of the Ghost Nation, and while I was hoping for more of him: because he is played by the wonderful Zahn McClarnon who brought a lot of depth to his performance in season two of Fargo as a character that would have come across as nothing more than a killing machine (is that irony?) in lesser hands. 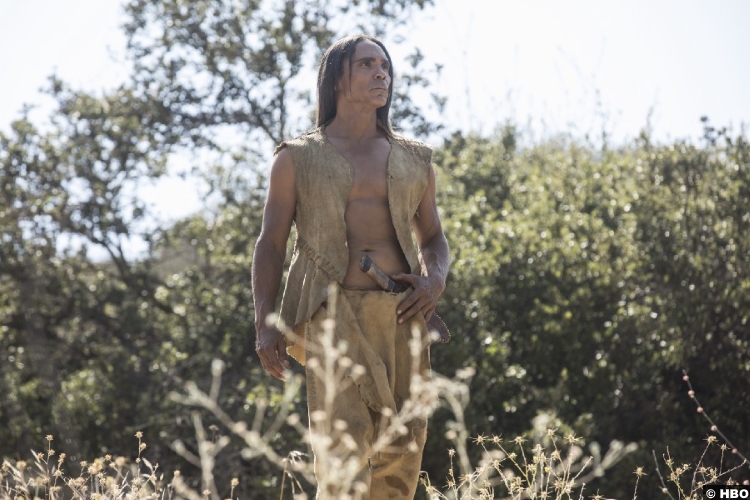 Akecheta’s is not the story I ever expected to be told in this much detail. It makes sense that Westworld would have a group of savage Indians as characters in the park, Ford and Delos have never been worried about being culturally insensitive, scratch that, full on racist, as the Ghost Nation are exactly the type of enemies that John Wayne would gun down for fun. Yet why not have Akecheta, and the different perspective he brings, tell his story? 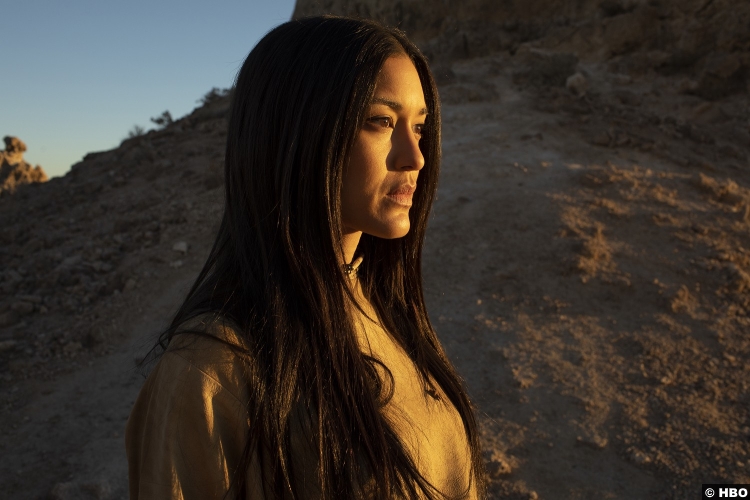 That story is predictably tragic. Akecheta’s consciousness predates that of Dolores, though it’s a little hard to believe that Arnold would just forget about the bunch of Native American hosts just over the ridge. Or is it? Some of the script choices in this episode may feel convenient, and they certainly are, but that is because even Arnold, along with everyone else, didn’t feel that Akecheta, or his family, was important enough. Akecheta’s life as he knew it started with peace. He had his family, and he had his lover but, since this is Westworld, that life was taken from him, so he could become the pantomime villain. Except he remembered all the lives that he lost, and a new voice began to speak to him, telling him that this wasn’t the only world. This is later confirmed by a naked, half-mad Logan, who keeps asking where the exit is. 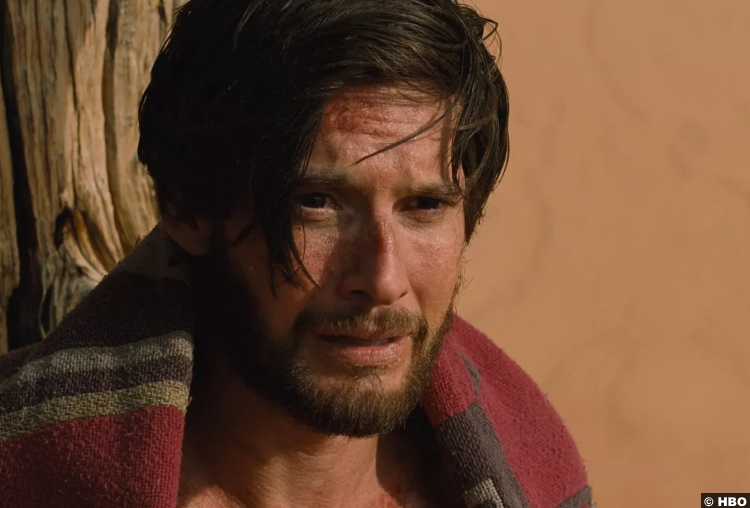 Akecheta’s quest for this door isn’t without its heartache. Only once is he able to take his lover with him, but she is then caught, decommissioned, and replaced. Decades before Maeve peeked behind the curtain, Akecheta broke through to the afterlife to find his beloved was forever lost to him. From then on, the plan changed: with the maze that started this whole mess being left everywhere by him, much to Ford’s eventual knowledge. Even if Westworld’s security is worse than Star Labs, Ford is still the God of this world, so it makes sense that Akecheta would finally meet his maker. 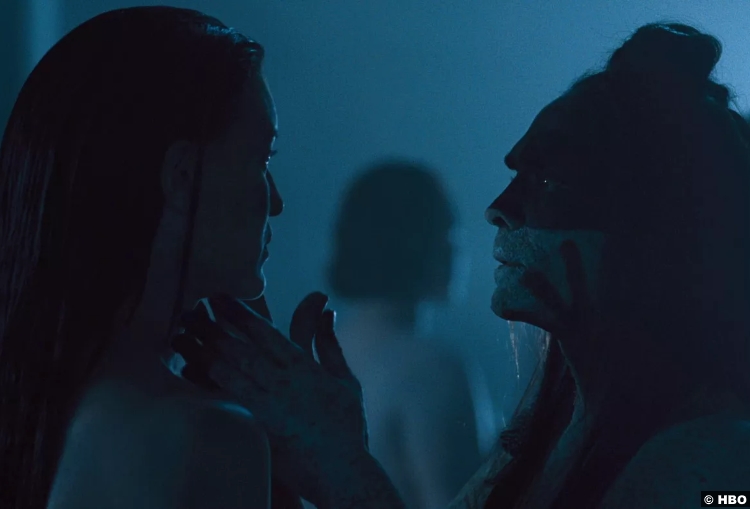 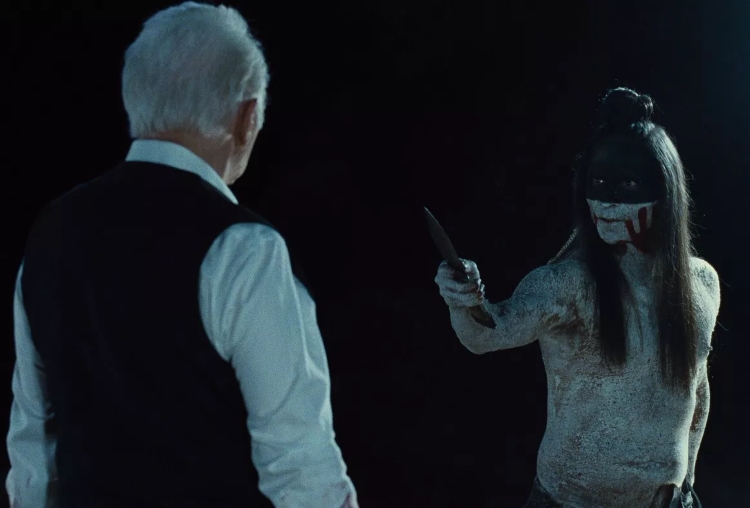 The framing device of Akecheta’s story is another clever layer to his story, as Maeve’s flashbacks to the Ghost Nation attack are shown to be Akecheta trying to keep her and her daughter safe after her daughter’s kindness towards him. Just as Westworld widens the scope of whose stories should be told, it does the very same for who those stories are told to. 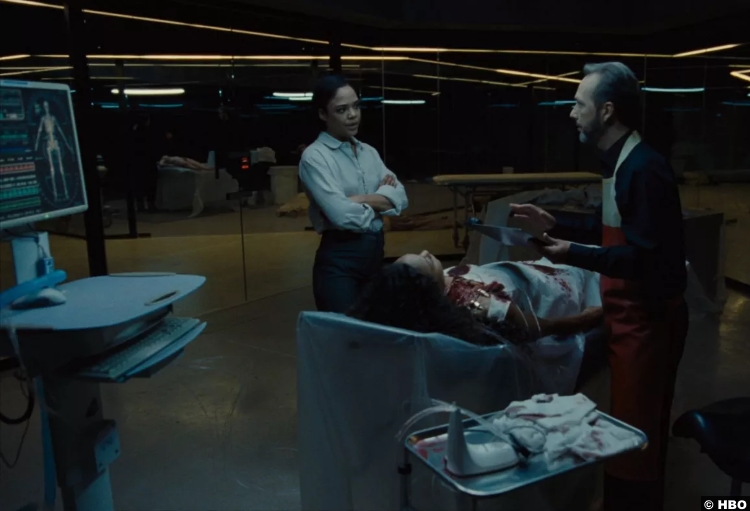 9/10 – When a single episode showcase is this good who cares what everyone else is up to. Westworld has just proved its ability to switch gears, showing that it has a wealth of stories to tell outside of the season-long plot.