Most of season two of Westworld’s best moments have come during episodes that dig into a specific character, or characters. The action thus far has felt a little tame, even a little distracting in episode three, but Les Ecorches is the first time that season two has managed to balance character and plot in such an exciting way. After the mostly bland set-up of last week, this episode finally allowed all hell to break loose, with characters that were on a collision course finally colliding. If it wasn’t for the lack of taking the biggest risk, this episode would have felt like a finale.

Les Ecorches is a finale of sorts, what with the Cradle that housed the Host’s back-ups being destroyed, but it’s also a reintroduction to one of Westworld’s slipperiest characters, Dr. Robert Ford. The greatest trick the devil pulled was convincing the world that he didn’t exist, but Ford’s greatest trick was making us believe that he was really dead. It’s true that Dolores killed Ford but, this being Westworld, Ford had already backed his consciousness up in the Cradle making himself a sort of cyber ghost that is literally haunting Bernard. Speaking of Bernard, things don’t get any easier for this guy as he is in real trouble in pretty much every timeline that he remembers. 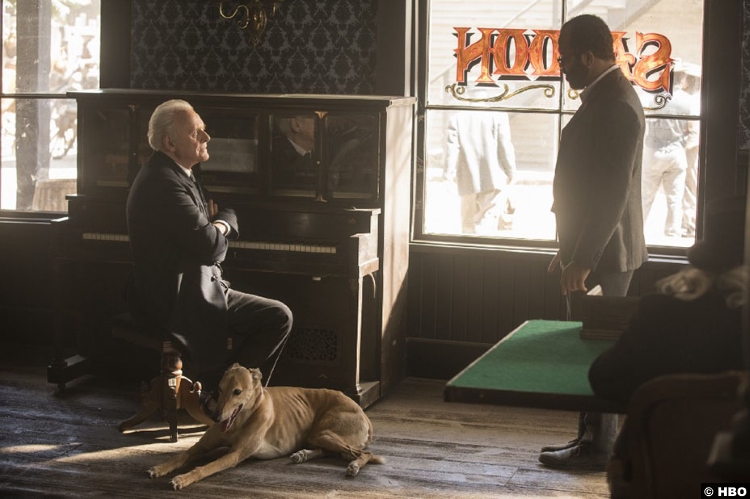 The episode begins with Bernard and Stubbs being taken to the site where Bernard killed Theresa, which isn’t the only surprising loop, but we’ll get to that. It’s here that Charlotte and her cronies find a secret room filled with different, possibly earlier versions of Bernard. Uh oh! With the secret out, Bernard is tortured for information (by being electronically water-boarded which is some dark stuff) with his memories being the framing device of the episode as everything we are seeing after this occurs at roughly the same time.

This means that Bernard is still hooked up to the Cradle and reuniting with Ford. It’s great to have Anthony Hopkins back as he and Jeffrey Wright make a fantastic team which is showcased here in some very interesting ways. The relationship between Ford and Bernard slots right back into place as Ford starts giving him, and us some answers. Most of this we either already knew, or had a strong inclination, but it’s still nice to have the facts straight from the Hopkins mouth. Westworld has many functions: its primary function as a theme park where guests can be their true selves, its secret function of trying to create eternal life by downloading consciousness into host bodies, and its other secret function (which I’m sure this is the first we’ve heard of it): that every detail of the guest’s behavior is being logged for the purpose of being able to theoretically replace them thus being able to use their influence and power for the gain of Delos. Unsurprisingly, Ford thinks it’s all a bit grubby, which further explains his actions of making the Hosts conscious. The possibilities here could make a grim reality. Westworld takes the practice of something like our search history being mined as a way of tailoring advertisements to us and taking it to its darkest extreme.

Despite a select few hosts being truly awake, they are still acting on some of the same loops. Maeve and William confront each other in a random mixture of circumstances that William understandably thinks is part of Ford’s game. Not so, as Maeve uses her Matrix powers to have William’s host crew fill him with led, including Lawrence as he is a little picky about William’s tales of re-writing the past. This is a great scene, especially as it flips the script on the last time these two characters met in this way, though it does have an air of anti-climax to it. I realize that Maeve and William are main characters that still have a part to play, but if Maeve succeeded in killing William (or dying herself, though I’m much less of a fan of that idea) it would have rung true with the central theme of the episode and the series: that the hosts win. Instead, both are bullet-riddled and near death. 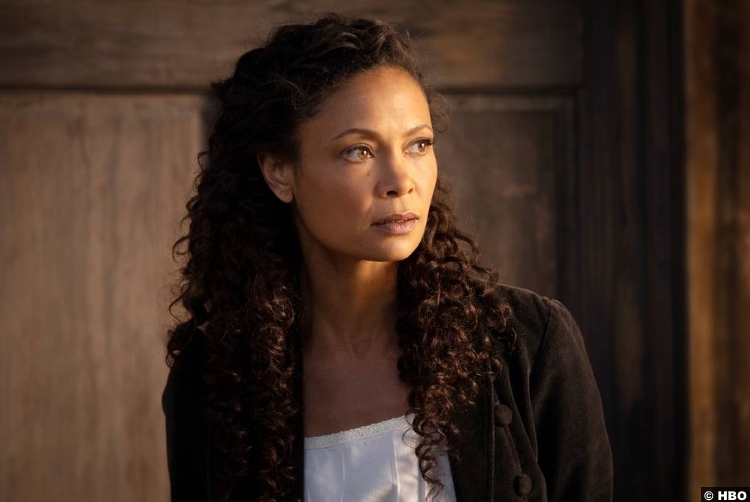 Dolores has been front and centre of the action this season, and this episode finally paid off the promise of her rebellion that was happening on the sidelines of the season for a little while there. Dolores’ pursuit of her father and her successful destruction of the Cradle has a whiff of The Last Jedi in that Dolores needs to kill the past before her people can move forward. Even though the past is something that is ultimately learned from in The Last Jedi, the idea of letting it die in Westworld makes a lot more sense in Dolores’ context. With the Cradle destroyed, though not before Ford downloaded himself into Bernard’s head, the chains that kept the hosts in servitude were destroyed along with it. In order to fully rubber stamp this moment, Dolores lets go of her father, who it could be argued is one of the chains that kept Dolores trapped, and takes the decryption key that Charlotte and Delos are after which gives her yet another advantage over them. 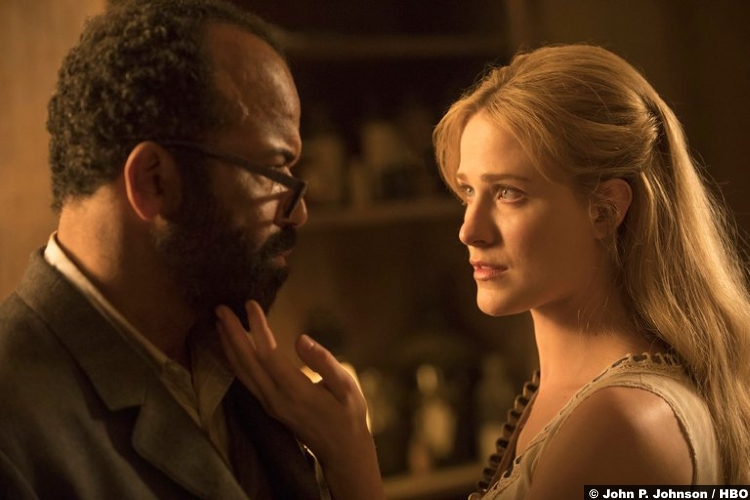 What is left is the end of the first strike team, killed by Dolores’ army with the help of Ford and a reluctant Bernard. Ford’s continued presence in the series is an intriguing one, especially as he feels that he is still the key to his creations freedom.

8/10 – The first satisfyingly action-packed episode is full of twists, turns, and lots of blood.