After two very character-based episodes, Phase Space gives us four plots that could have filled full episodes of their own. I understand the thinking behind getting the plot moving again after two weeks of focusing on Bernard and William in The Riddle Of The Sphinx, and Maeve and Dolores in Akane No Mai. Legion also suffers from the “oh f**k, we haven’t shown the main story in a while” problem due to how good the show is when it is character focused. Phase Space feels like an episode that is over compensating for the fact that there is only four episodes left, meaning that the pace needs to quicken a whole hell of a lot. It’s not a bad episode by any means, it has some fantastic sequences, which are elevated further with fantastic acting, but it still feels like Westworld is rushing to take only a few steps. Still, the episode structure does lend itself to make analyzing it easier by taking a character at a time. 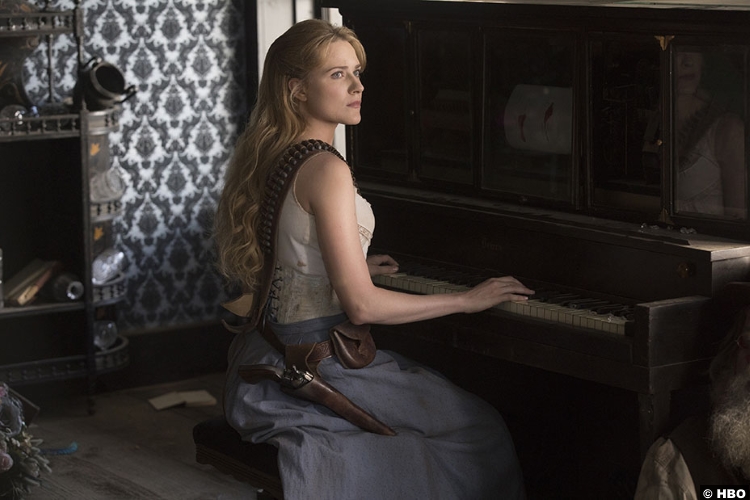 Phase Space’s biggest problem is a lack of cohesion. Almost every episode preceding it, that includes season one, feels like a small part of a bigger whole, yet narratively satisfying in its own right. There are connections between plots: Dolores is still on the hunt for her father, who has been nailed to a chair in the base that Dolores just smashed a train into. Yet that is about as much as we’re getting in terms of the bigger picture. At the very least, Phase Space is set in one timeline.

The biggest aspect of this plot is the change in Teddy. James Marsden was fantastic as Teddy, a host that immediately gains your sympathy as the guy born to lose, who only spoke in good-guy speak, while also being relied upon to stare smolderingly into the distance while talking about his dark past. The good news is that Marsden is equally brilliant as dark Teddy. Perhaps the most impressive thing about his performance, and how Dolores is still unquestionably the leader of this mutinous pack of hosts, is his entrance in the episode. He relives getting off the train only to pick up a bullet instead of a can that Dolores could have dropped. To further symbolize the new relationship between Dolores and Teddy, is that Dolores is playing the player piano: a small visual representation of her growing power in Westworld. 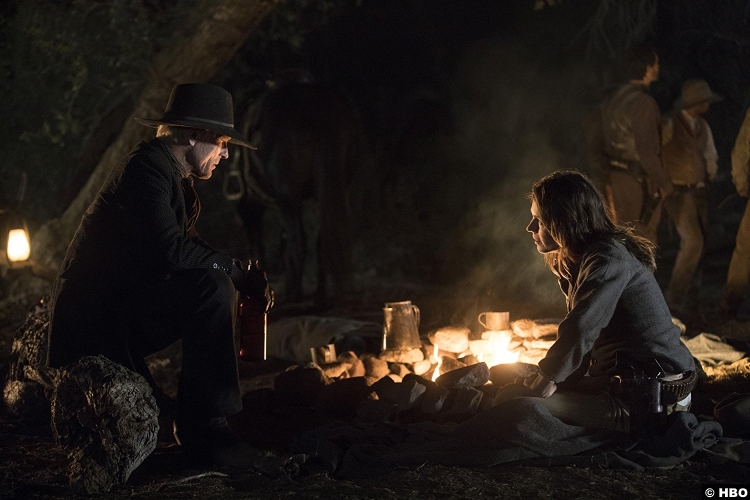 William’s story is based on one fantastic scene between himself and his daughter. They both connect through the shared appeal of parks like this, but Emily can tell the difference between Westworld and the real world. This is one of Ed Harris’ best moments, where Emily strips away the Man in Black to talk to William. It’s a sweet scene, with William promising his daughter that they will leave the park at sunrise. Except William didn’t mean a word of it, perhaps still paranoid to the point where he believes that Emily is another one of Ford’s tricks. Honestly, there isn’t much proof to be sure of Emily’s true identity one way or another. After all, I was as shocked as anyone when Bernard turned out to be a copy of Arnold. 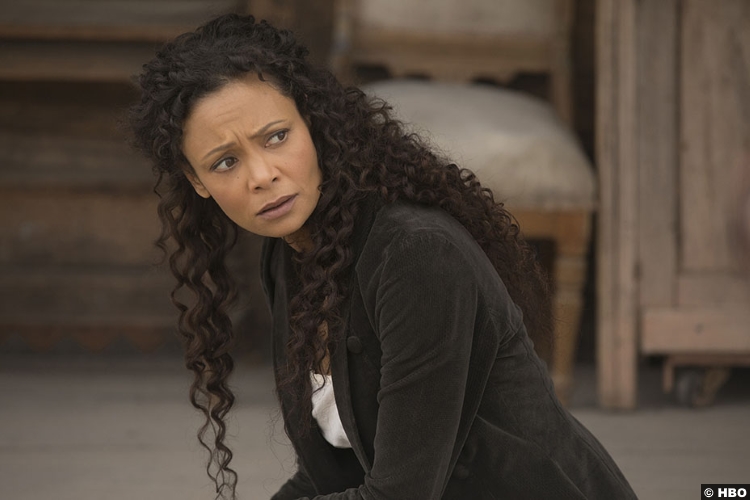 Maeve’s storyline was equally entertaining and disappointing. While the Shogunwolrd version of Armistice is sticking around, Akane and Musashi’s journey ends at the burial place of Sakura. What’s disappointing about this is that the sudden departure of these two very interesting characters relegates Shogunworld to the status of a brief diversion from the main story. I’ll admit that the time spent there had its uses: Maeve’s mind control powers manifested there, and the tragedy of Akane losing Sakura was an effective parallel for Maeve’s search for her daughter.

The one solid piece of storytelling in Phase Space is that Maeve finally finds her daughter. This leads to another terrifically acted scene, this time from Thandie Newton, as Maeve’s quest is tainted at the finish line. I have been wondering whether Maeve’s mother role would have been replaced once she was reassigned which turned out to be true. The true magic of this reveal is that it’s both obvious and heartbreaking for Maeve at the same time. For all of the fine acting in this episode, the best of the lot comes as Maeve is nervously trying to smarten herself up before her daughter looks at her. That small moment is a perfect encapsulation of the humanity of the hosts. Shame then that the Ghost Nation came to spoil the party, and the scene. 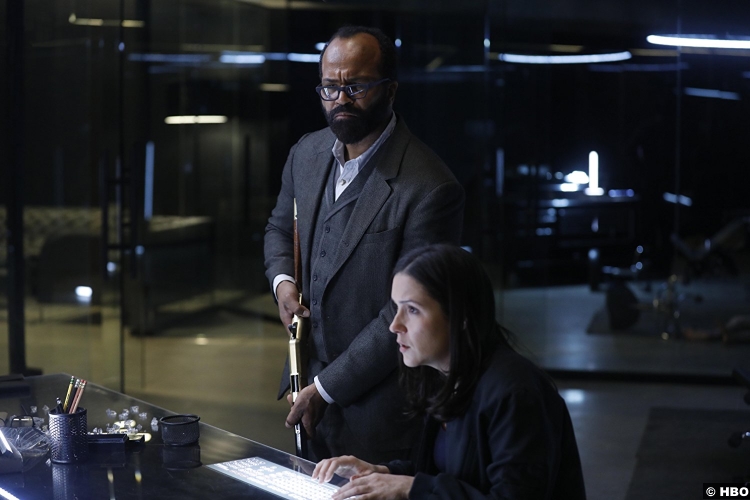 Bernard’s storyline is much like Dolores’: a good start and a great end, but little to enjoy in between. The confirmation that the scenes of Arnold talking to Dolores were actually Bernard’s memory of Dolores testing is a great touch that connects well with Dolores’ growing control over the park. The real sting in the tale is the return of Ford to the show. This was always a possibility, you don’t have Anthony Hopkins for just one season, but the manner of his return: as the personification of the Cradle is very in keeping with the show’s style. It could have been cheap, but it just leaves me wanting more.

6/10 – Despite some fantastic acting, Phase Space is an episode lacking in connection, that promises much but delivers, apart from the Ford reveal, very little.