Season two of Westworld has thrown off most of the shackles of season one in the same way that Dolores, Maeve, and other hosts broke their own shackles thanks to Ford’s final narrative. One of the only things that I was sad to see go in this transition was the meta-commentary on the western genre. Thanks to their awakening, most of the hosts are only partially following their loops, but it has mostly been an absolute bloodbath instead of anything recognizably genre-related. The full introduction of Shogunworld brings some of this commentary back to the show, while also providing an eye-opening look at how much the western and samurai genres are connected to a western audience.

In terms of influence, Shogunworld is a lot more Takeshi Mike than Akira Kurosawa, but it’s in the similarities of this park to Westworld in which the decades-long connection between the two genres becomes apparent. Legendary director Akira Kurosawa brought Japanese cinema to the attention of the western world thanks to his second film, Rashomon (Bernard’s memory problems are possibly another subtle nod) as well as producing some of the best films of all time. The likes of Yojimbo and Seven Samurai were remade as the equally classic Westerns A Fist Full of Dollars and The Magnificent Seven respectively. Another layer is added when you take into account the fact that Kurosawa was heavily influenced by American cinema, including the westerns of John Ford.

When taking this cinematic history lesson into account, Shogunworld becomes the most obvious candidate for Johnathan Nolan and Lisa Joy when introducing another park. It also makes perfect sense that it’s Maeve’s group that discovers and explores this park as it becomes part of her journey to find her daughter. An added bonus here is that Lee Sizemore is finally narratively useful, outside of his role as comic relief, as he can explain to Maeve and us the different rules of such a place. 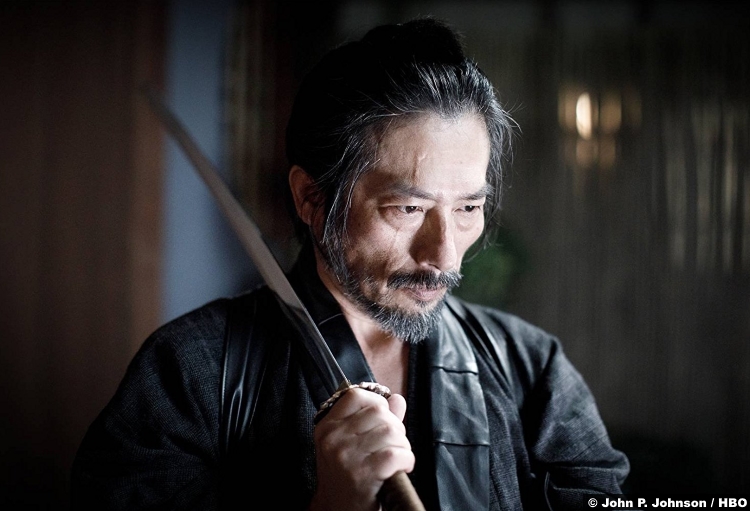 Lee is the unofficial guide to Shogunworld thanks to his role in building it. Maeve and co are captured because Maeve’s powers of persuasion don’t work due to the language barrier. As they are taken to town, the park’s version of Sweetwater, the hostages begin to notice an eerie resemblance taking shape. It turns out that Lee is a true Hollywood writer, re-working and adapting the same story and character beats to different settings to save time. Because of this, we get the Shogun version of the robbery that we have seen Hector and Armistice perpetrate so often in season one. I see where Lee is coming from in this respect, writing 300 storylines in just three weeks is a mammoth task, even with his ego. It’s completely different when your characters are looking at you with disgust, it’s bad enough that they are robots made to suffer for the pleasure of the guests, but they are not even unique to themselves anymore. 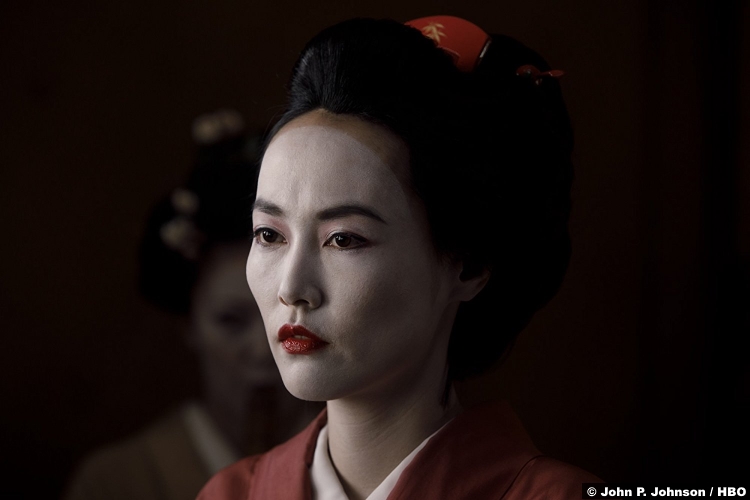 The Shogunworld plot is a richly entertaining diversion for Maeve. It’s through her Shogun counterpart, Akane, that she continues to prove that the hosts contain empathy and goodness, rather than being prisoners of their loops. With Maeve’s new Neo-like abilities she could be done with this park and its inhabitants fairly quickly. Instead, she offers to help Akane when her surrogate daughter, Sakura, is kidnapped on the orders of the local Shogun. Akane and Sakura’s relationship reminds Maeve of her lost life with her daughter, making the decision to help Akane easy. What follows is Westworld levels of tragedy, with Sakura being mutilated then murdered by the Shogun before Akane cuts his face in half after a gorgeously shot and choreographed dance number. From here Maeve creates total chaos as the Shogun’s men are compelled to turn on each other. 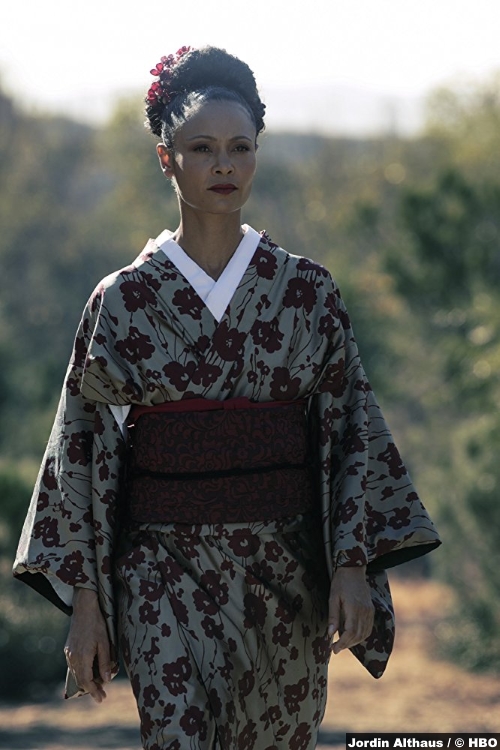 With this being season two’s halfway point, it’s interesting that Maeve is given a similar moment to what Dolores was given at the same point last season. Dolores believed that she was finally changing her role from damsel to the hero of her own story. Maeve has a similar awakening, but she goes from hero to possible god, as she now has the same power as Arnold possessed by influencing the minds of other hosts with her self-described “new voice”.

Maeve is slowly turning into the host to root for, as Dolores continues down the darker path. While her and Teddy’s plot has been the one that has interested me the least this year, it suddenly became very interesting here. Dolores was always going to punish Teddy for letting the Confederates go, but the manner in which she does it, out of love more than true punishment. Dolores and Teddy are programmed to love each other, but they were also programmed to be raped and killed. Dolores has become the version of herself that needs to right the wrongs done to her and her kind, but Teddy is too good a man for that. After a tender love scene, Teddy is forcibly overwritten with a personality that will be more useful to Dolores in the coming fight. It’s a brutal moment, further painting Dolores as this season’s big bad, and I’m finally starting to feel the impact of the transformation of that innocent farmer’s daughter. 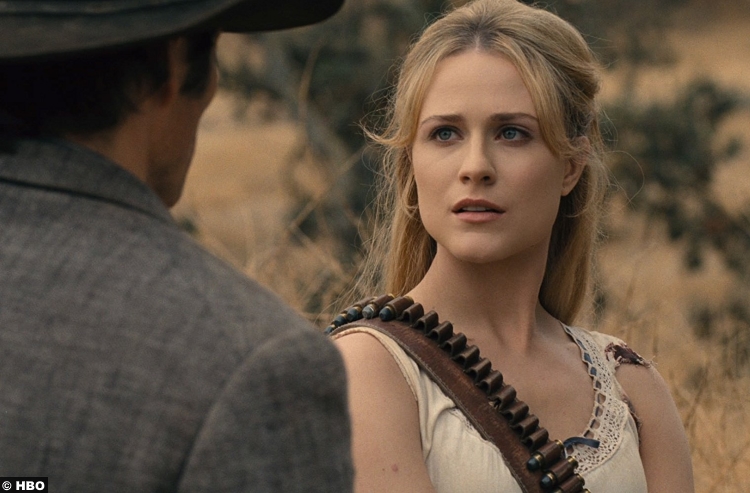 9/10 – Akane No Mai sees Westworld tinkering with the very idea of programming, as both Dolores and Maeve showcase the best and worst of human choices. Maeve, the formerly out for herself prostitute see’s weakness and wants to help. Dolores sees weakness in the man she loves and destroys him.