Westworld S02E01: Journey into the Night – It’s hosts vs guests in a bloody premiere

Welcome back to Westworld, the sci-fi show that makes you question everything that its creative team show you. While the acclaim for the first season has waned, mainly due to the constant mystery box nature of some plots, Westworld was a truly engrossing experience.  It’s philosophic themes, it’s brutal violence, and its clever manipulation of time and memory meant that Westworld became event television on par with Game of Thrones. Coincidentally, HBO has such confidence in Jonathan Nolan and Lisa Joy’s second season that they have given it the same slot in the TV schedule as the first six seasons of Game of Thrones. Is this confidence rewarded? If Journey into the Night is anything to go by the answer is yes.

The second season premiere begins with Bernard and Dolores having a conversation. It’s tempting to think that it’s in fact Arnold instead of Bernard, but the rest of the episode seems to back evidence that it is indeed Bernard. What’s so interesting about this opening, apart from foreshadowing Bernard’s actions at the end, is how subtly the power dynamic has shifted between Bernard and Dolores. In my reviews of season one, I raved about Evan Rachael Wood’s magnificent performance (which she will be paid the same as her male co-stars once season three begins production) and she’s on fine form once again. Having Bernard and Dolores share the first scene of the second season means that they will be the most important characters moving forward, but as we see, Bernard is moving forward and backward.

One of Westworld’s favorite tricks is to unsettle the viewer’s perception of time. In season one it seemed like The Man in Black and Dolores and Billy’s adventures were happening at the same time in different locations in the park instead of one being the past and the other the present. The temporal anomaly was in Dolores’ memory and it looks like the same thing has happened to Bernard as he is the only host that can still pass for human thanks to the late Ford’s secrecy. Still, Ford did make him shoot himself in the head which could account for Bernard’s fractured perception. This puts Bernard in a great position story-wise, and certainly a life-threatening one when people find out his true nature. In a way, this is equally frustrating as, once again, Westworld seems to be allergic to a straight forward story. 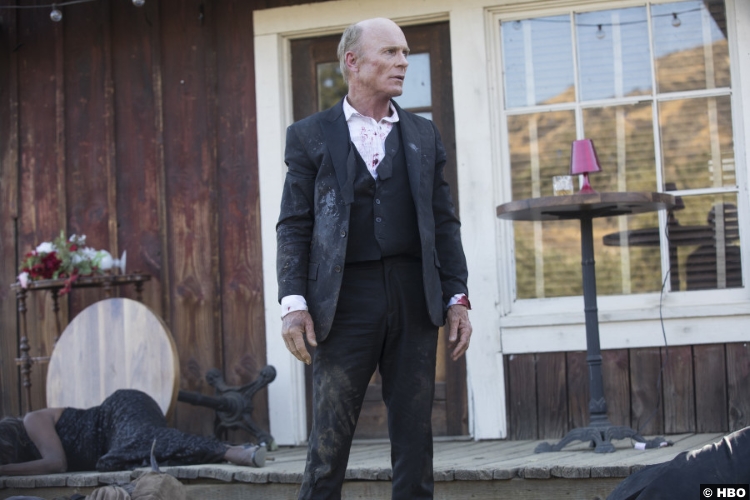 Even so, Journey into the Night is a lot simpler than most of the first season mainly because it clearly defines the goals of each prominent character. For Bernard it’s a case of filling in the blanks from the massacre to the sea filled with dead hosts: with both events happening two weeks apart from each other. The episode ends with this startling image, with poor Teddy being one of the dead for which Bernard feels responsible. It’s certainly a possibility, especially since Bernard introduced the existence of a type of hive mind which the host’s share, but since this is Westworld it’s sure to be something a little more complex.

As I said, motivations seem to be much clearer this time around. Taking the spotlight away from Bernard for the moment and we find the rest of the lead characters with defined missions. Bill, aka the Man in Black, finally has what he wants: a game with actual stakes. Considering how happy he was when he got shot shows you how excited this all is for him. Except this could be a problem going forward. As great as Ed Harris is at being a cold-blooded bastard, his search for the maze last season led to a disappointing philosophic answer. The fact that he is now on another quest could easily fall into the category of repetition, but since this is Ford’s game, it should be fun to watch.

Speaking of fun, it looks like Evan Rachael Wood is having a blast playing the villain. Dolores has become an avenging angel for the hosts, or at least the hosts she deems worthy of the mysterious Valley Beyond. Much like how good old William turned into the Man in Black, Dolores has become something more than just a mixture of damsel and Wyatt, she has become truly herself, and Teddy doesn’t seem to love what she’s doing. Still, it’s hard to get some satisfaction from Dolores’ actions since we know what she has been through. 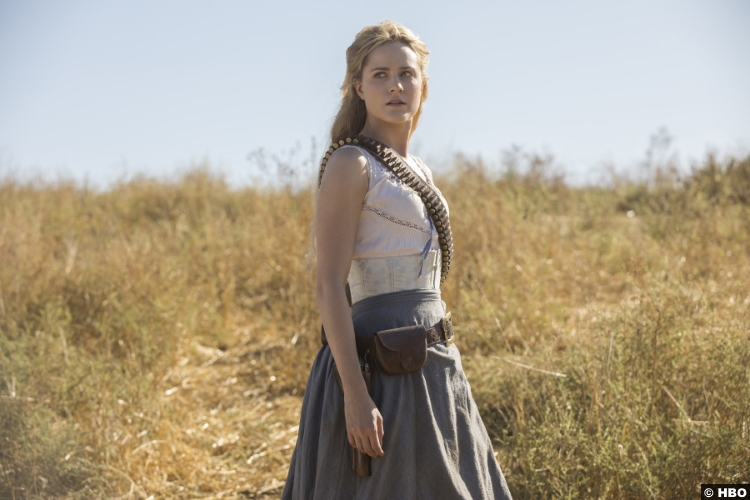 Last but not least is Maeve. One of the hanging threads of last season was the identity of the person trying to sneak Maeve out of the park. The fact is that she chooses to stay, her first free moment, to go looking for her daughter from a past life. Joining her is her loyal bandit Hector and the cowardly writer Lee Sizemore. Even if this plot has the lowest stakes the design to put these three together could be a stroke of genius. 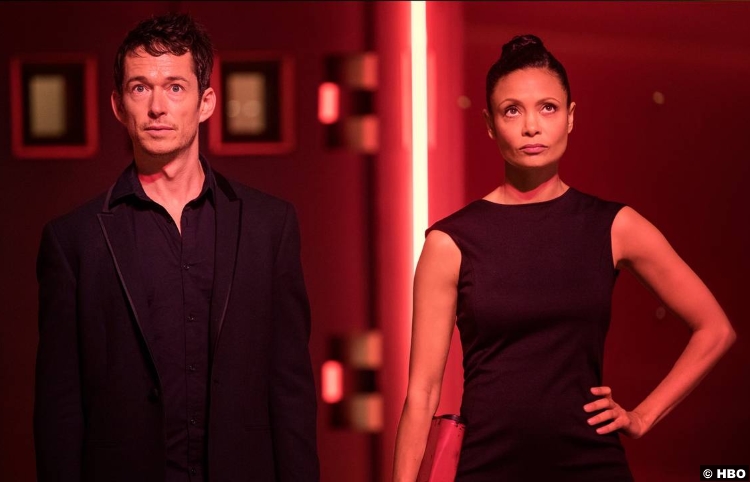 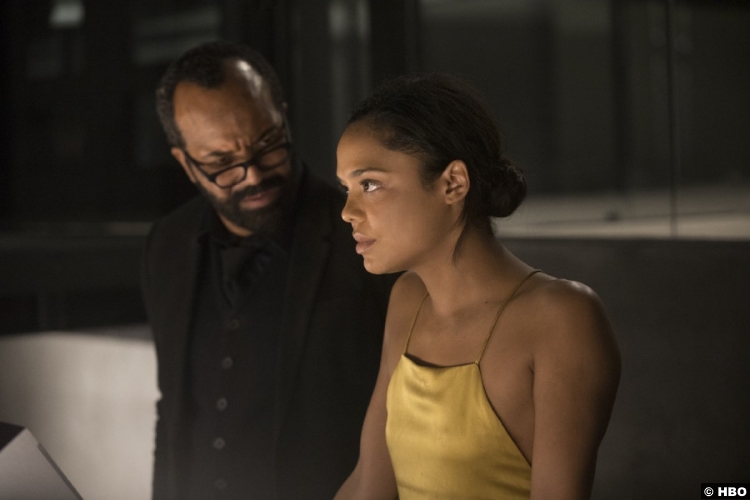 Now for some theories. With Bernard losing so much time and with no recollection of exactly how he killed the rest of the hosts, it’s tempting to think that it isn’t that simple. For one thing, Dolores told Teddy that the real purpose was to escape the park into the real world, which could be what she means by the Valley Beyond. We also saw Charlotte Hale’s secret outpost which logged samples of the guest’s DNA and had creepy looking drones make hosts. All of these factors could come together in the form of Dolores’ real plan. Bernard may once again be a spy, keeping the Dellos suits busy by showing them the sea full of bodies. Revolution solved, but maybe Teddy and co (there was no Dolores in there) are actually empty vessels. What if Dolores and her crew have escaped in bodies made to look like guests? Tune in next week to see if I’m right, or more likely that I’ve missed something obvious.

8/10 – A typical season opener, used to catch up and set up storylines and reintroduce us to the violent delights of Westworld.