Westworld S02E04: The Riddle Of The Sphinx – After the slight blip of last week Westworld offers up its best episode of the season

Well, thank goodness for that. Just when I thought Westworld was going to become an overblown, self-indulgent mess that was more concerned with tricking audiences than entertaining them, along comes The Riddle of the Sphinx to put my weary mind at ease. Westworld, despite its grand scale, can be whittled down into four stories: Dolores and her robot revolution, William taking part in Ford’s quest which also includes illuminating flashbacks, Bernard and his Legionesque weakness in recognizing reality from memories, and Maeve trying to find her daughter. Even so, I’m still feeling a little disappointed that Dolores’ story is the one I find the least interesting so far, but no matter because William and Bernard take center stage this week.

William and Bernard share a deep connection that is seeded all the way back to season one. They have never met, at least not so far in either the past or present, but they were both introduced to us as character half-formed but presented as fully-formed. Bernard was revealed to be the robot replacement for Westworld’s co-founder Arnold, and William was revealed to be both the wet behind the ears white hat and the Man in Black. Both of these reveals were a huge part of season one, but it’s with this information, that was denied to us for so long, which has allowed both William and Bernard to become richer characters. 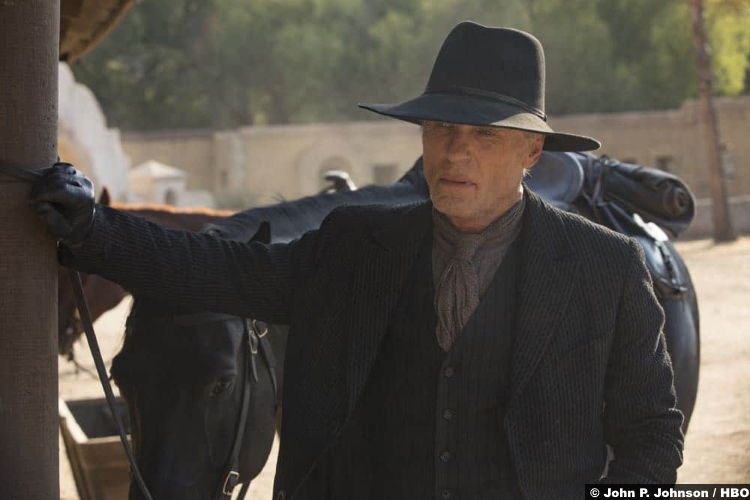 The key to The Riddle of the Sphinx success isn’t just this new-found richness: it’s how Westworld has evolved into a show that has learned how to balance its narratives better. The long-form mysteries of the first season were a huge factor in keeping viewers interested, while also making them feel clever when they guessed the answers to said mysteries correctly. This approach, as with many mystery box stories, can quickly grow stale, and there has already been some criticism from fans and critics that season two has doubled down on this method of attack.

The Riddle of the Sphinx completely changed my thinking on this matter. My thoughts on season two have changed thanks to the retroactive clarity this episode has given me along with re-watching season one. There are still drawn out mysteries at the heart of Westworld like what is the Valley Beyond, are Teddy and the other hosts really dead, what is the real purpose behind the park; it is a mystery show after all. In saying this, season two has been a lot better at setting up mysteries and goals that need to be solved and reached within the same episode. Season one was a version of Westworld that worked better on a binge-watch, but season two balances the need for episodic story-telling merged with the full narrative of its serialized story.

The mysteries and goals that need to be discovered and achieved in The Riddle of the Sphinx are simple and direct. For present William, the goal is to survive and beat the Confederates that Teddy let loose last week. In the past it is the quest to merge a full human consciousness to a host body: in this case, the guinea pig is William’s father in law Jim Delos. This episode continues to utilize the connection between William’s present and past selves. Jimmi Simpson and Ed Harris did great work in the first season but knowing that they are the same person brings a new purpose to their scenes. Much as Reunion did, the parallel narratives of old and young William further reveal how one man became the other, which is helped immensely by Harris taking over from Simpson in the third sequence with Delos. 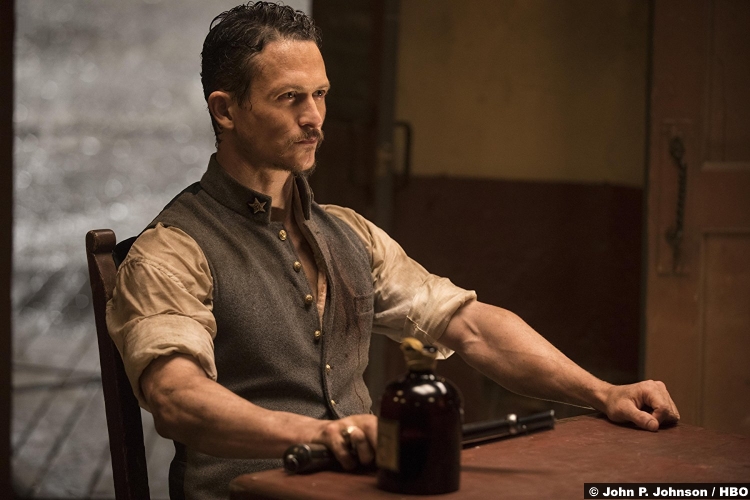 It’s through these scenes, which are elevated by the return of the wonderful Peter Mullan as Delos, that William’s true plans for the park are revealed. He is using his father in law’s consciousness merged with a host body, not only to try and bring his mentor back from the dead but to offer the chance of eternal life to those willing to pay top dollar for it. Unfortunately, it never works, Delos’ mind refuses to merge and, after 134 attempts, an old and embittered William, who can only see the flaws in people, leaves this version of Delos to rot. Conversely, in the present William plays the hero by saving Lawrence and his family from the Confederates, who victimized Lawrence’s family in a similar way that he did during his pursuit if the maze. I’ve got to give it to Robert, this is very much a game for William. As well as this, the episodes ending confirmed my theory that last week’s mystery guest was indeed William’s daughter.

Elsie’s alive! Three cheers and all that, as Clementine drags Bernard to the cave that he left Elise in. Bernard is still unsure of when he is, though his flashbacks do clue us into Ford’s other plans. It is revealed that Bernard had a team of scientists create something which I’m guessing is another consciousness before he had the drones murder them all. Add to this the fact that Elise and Bernard have to dispose of the last version of Delos, who resembles Sam Neil in Event Horizon, and questions that have been set up are answered in a manner that is immensely satisfying. 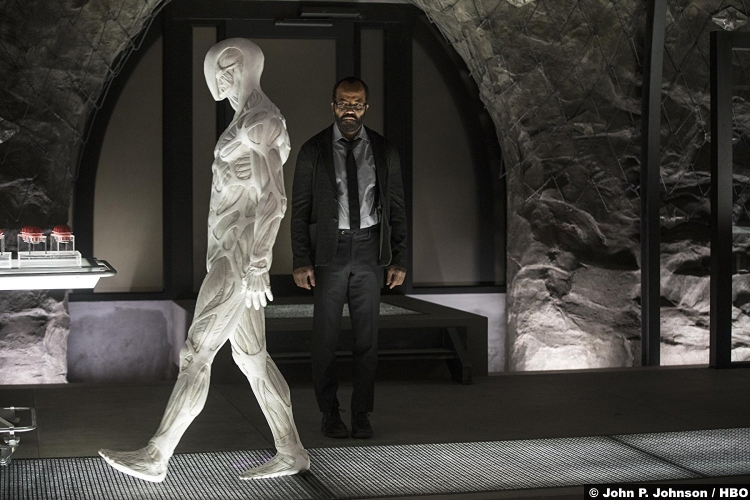 10/10 – The Riddle of the Sphinx is mainly William’s episode, but credit has to go to co-creator Lisa Joy’s stunning direction. This is Westworld at its best, so let’s hope Dolores’ story can gain the same momentum next week.