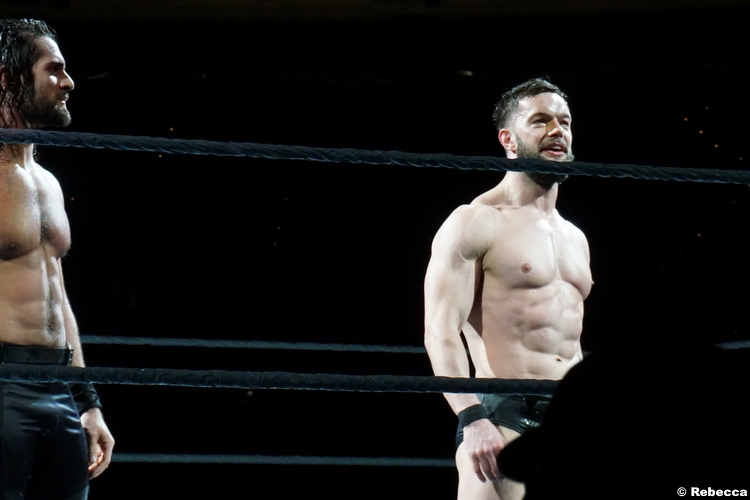 One night after a wild and unpredictable WrestleMania, the 1298th edition of WWE Monday Night RAW came to you, live, from the Smoothie King Center just across the street from where WrestleMania 34 took place in New Orleans, LA. At “The Show of Shows”, three RAW championships changed hands with Seth Rollins besting Finn Balor and former champion The Miz in a Triple Threat Match to claim his first Intercontinental Title, Nia Jax getting her payback against former best friend Alexa Bliss by taking her RAW Women’s Title, and, in the most unusual title change of the night, Braun Strowman and a young fan in the crowd named Nicholas defeated Cesaro & Sheamus to become the new RAW Tag Team Champions! The only RAW Superstar who hung onto their title at WrestleMania was “The Beast” Brock Lesnar, who went above and beyond to ensure that he walked out of WrestleMania as the Universal Champion, beating challenger Roman Reigns from pillar to post and bludgeoning Roman Reigns’ skull with sharp elbows that left “The Big Dog” bloody as well as delivering a grand total of six F-5’s before finally securing the three-count. WrestleMania 34 also saw the in-ring debut of “Rowdy” Ronda Rousey, who quite possibly stole the show when she teamed with Kurt Angle to defeat Stephanie McMahon & Triple H by making Stephanie tap out to an armbar in a match that also saw Rousey go hold-for-hold with Triple H! Now, on the infamous RAW after WrestleMania where the international crowd is at its most raucous, what kind of surprises are we in for and how will the fallout from WrestleMania be felt?