As great as the premiere of The Assassination of Gianni Versace was, I can’t help but think that its painted itself into a soft pink corner after watching Manhunt. Manhunt is not a bad episode, in fact its very, very good. It’s an episode that serves to explore and layer the two lead characters:  murderer and victim, out with the context of the crime itself. If anything, Manhunt feels like a collection of deleted scenes from The Man Who Would be Vogue, that if edited together with the first episode would be something really special.

As it is, Manhunt slows the momentum of the season down with a feeling that American Crime Story is already going in circles. This doesn’t have to be a bad thing, as Andrew’s character necessitates a very real cycle of violence. The truth is that anything to do with Andrew already works like gangbusters, but the same cannot be said about Versace. So, like the episode, lets look at each character separately.

Maureen Orth’s book, Vulgar Favors: Andrew Cunanan, Gianni Versace, and the Largest Failed Manhunt in US History, not only serves as the basis for the series but also contains one of the biggest controversies of the entire story. Orth’s book claims that Versace was HIV Positive at the time of his death, something which his family claims to be a lie. This is a Ryan Murphy production after all so if you bet that he and Tom Rob Smith would use this as a plot point you would be right. This plot point serves as the episodes opening as Versace and his companion Antonio D’Amico, played by the surprisingly impressive Ricky Martin, visit the hospital so Versace can receive treatment form an illness that the script doesn’t name. 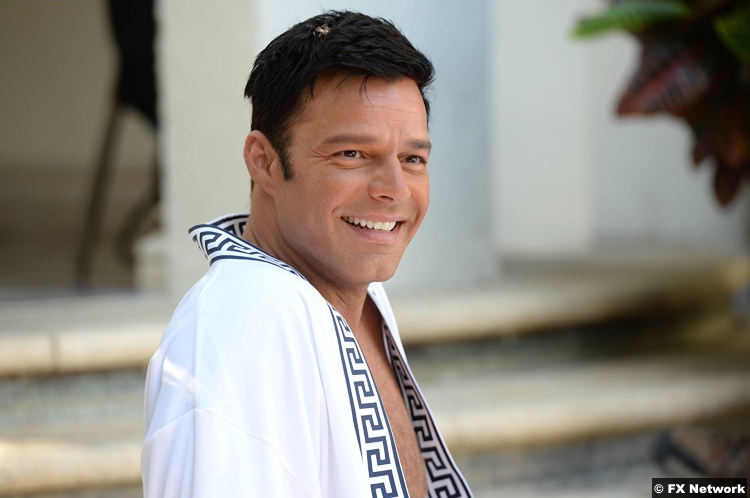 We are then shown the consequences of this vague diagnosis as it reverberates among Versace’s closest confidants: his companion and his sister Donatella. Donatella blames Antonio for her brother’s illness which, if this isn’t true, is narrative choice that is in bad taste for everyone involved. At least Tom Rob Smith is aware at how controversial this direction is, but his comments to Vanity Fair, about Roth’s claims don’t really shed much light:

“She has no agenda or reason to push any point of view. She was interested in unpacking some of the myths around the murder, such as that Andrew had AIDS and was killing because of it. In fact, Andrew, this destroyer of life, did not have AIDS, and the person who did have H.I.V. was this great creator and celebrator of life.”

Whether you agree with this direction or not (I’m not a fan), it does serve a dual purpose. The HIV epidemic was still huge in the mid-90s and its effects serve as a narrative parallel between Gianni and Andrew’s closets relations within the episode. For Gianni it brings him closer to a monogamist life with Antonio, but it’s only another platform in which Andrew can perform on.

While Edgar Ramirez and Ricky Martin are clicking, the same cannot be said for Ramirez and Penelope Cruz. As Donatella, Cruz has the Emmy pretty much in the bag, and she excels when the role calls for that inner grit as well as the deep grief she feels at losing her brother. It’s a shame then that the show-stopping scene which the Versace siblings share doesn’t pack the punch its supposed to. It’s certainly interesting: Donatella is Gianni’s first muse and she is trying to help him look past his past success in order to keep up with the industry, but Gianni is high on his own legacy. Both actors are great here, and it’s another great contrast for Andrew’s similar listings of achievements that are nothing more than fiction. There is just a layer of affection missing from Gianni and Donatella’s scenes that is so obviously felt when they talk about each other to everyone else. 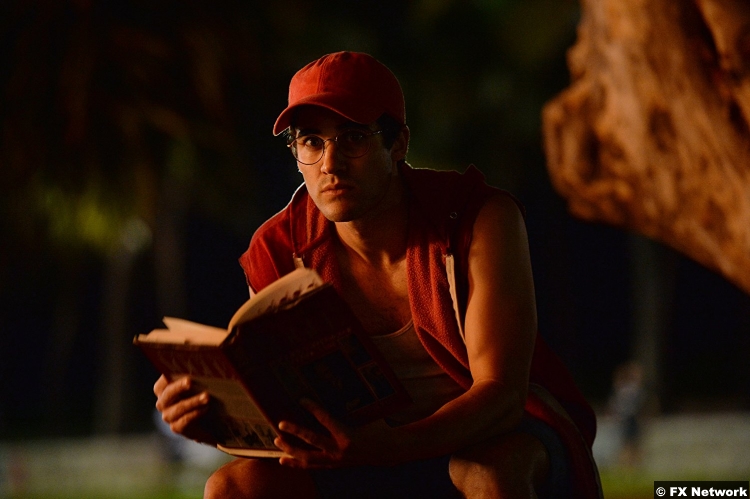 Darren Criss continues to blow my mind as Cunanan. He’s so manipulative and needy while watching him I was thinking that I wouldn’t fall for his lies. Of course, I would, that’s why he’s so dangerous. As good as Criss is Manhunt does tend to repeat much of his characterisation without moving the plot forward. Again, this isn’t bad, his relationship with Max Greenfield (who might be the best part of this episode) gives Andrew’s psychology more depth, but it still feels like this should have been part of the first episode.

Even if the show has slightly stalled character-wise, Manhunt does explore the elements of luck that stopped Andrew from being captured. He’s on the FBI’s Most Wanted list before he kills Versace, and the straight as an arrow Federal agents have clumsily profiled him out of the places he inhabits. Perhaps the most interesting factor, apart from Andrew’s high-wire act of constant lies, is how a man’s fear of outing himself after Andrew nearly kills him stopped him from getting caught.

7/10 – The Assassination of Gianni Versace is proving to be a completely different beast from American Crime Story’s first season. While it’s still packed with great performances, and perfect period detail, its structure is holding it back from being truly great. The next obstacle is how the show handles Andrew’s killing spree. The show is already walking a stylistic line reminiscent of American Horror Story, so restraint is the key.