American Crime Story – The Assassination of Gianni Versace: S02E01: The Man Who Would Be Vogue

An impressive premiere sets the scene for a very different crime

How do you follow the crime of the century? That’s the question Ryan Murphy and FX must have been asking after the monumental success of American Crime Story’s first season. Brushing off charges of exploitation and insensitivity, The People v O.J.  Simpson was a surprisingly detailed and compassionate tale with the racial politics of the early 90s and 2016, and how they mirrored each other through the filter of the O.J. Simpson murder trial. It topped many best of year lists, won a ton of awards, and briefly put Cuba Gooding Jr on the map again. The question must be asked again: how do you follow it? 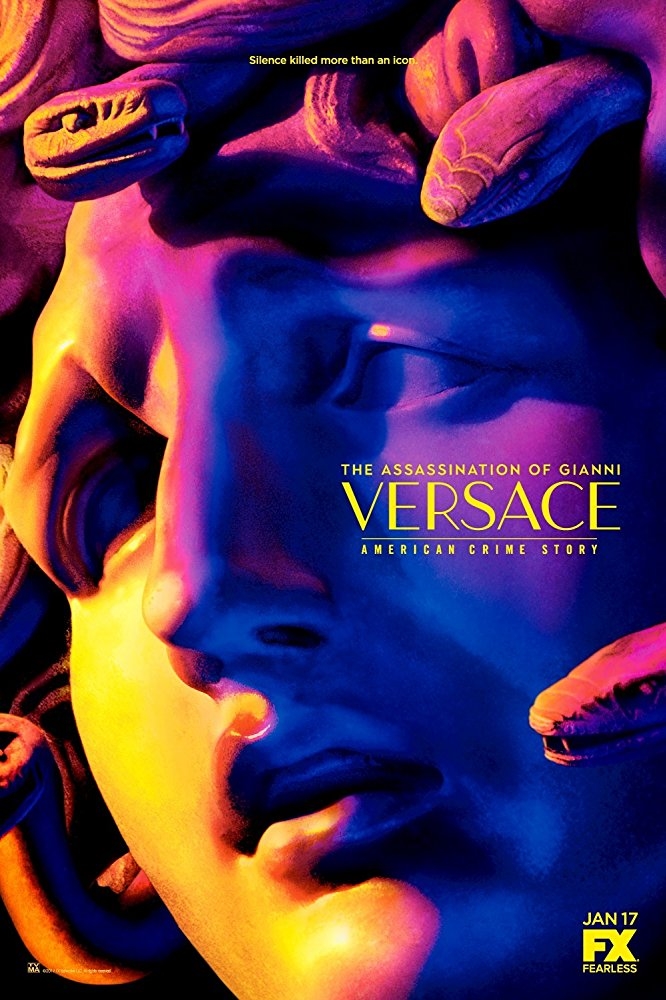 The Assassination of Gianni Versace has a lot to live up to, and by the basis of The Man Who Would be Vogue it’s safe to say that Ryan Murphy has another hit on his hands. In many ways, season two of American Crime Story is completely different than season one. Sure, there are lots of similarities: it’s 90s setting, the crime featuring a number of famous faces, actors from Ryan Murphy’s previous projects, but The Assassination of Gianni Versace has a completely different feel than its predecessor.

One of the most important differences is the cut and dry nature of the crime itself. There is absolutely no ambiguity about who murdered Gianni Versace: that would be serial killer Andrew Cunanan, played by Darren Criss. Also, if you think that season two will have the same structure of the first season, which isn’t unusual if you aren’t familiar with the crime, don’t get your hopes up. There will be no trial, instead there will be what the author of the book this season is based on Maureen Orth called “the largest failed manhunt in U.S. history.” 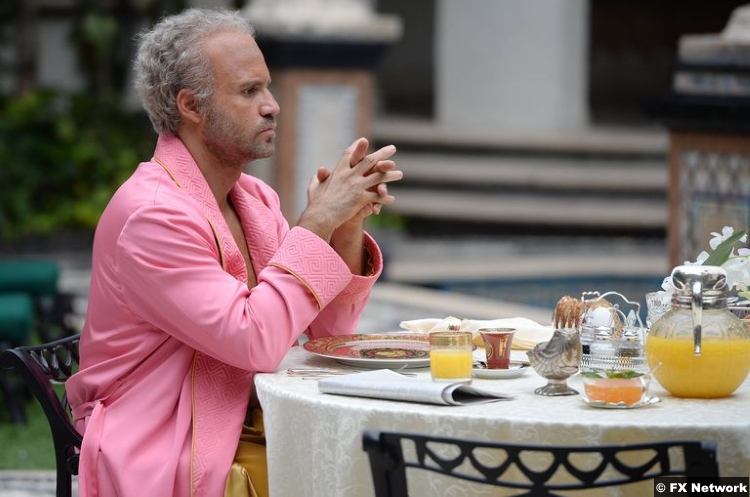 If the crime seems straightforward, the lead up, and consequences of it are anything but. The Man Who Would be Vogue spends its first ten minutes showing the contrasting circumstances of victim and killer. Ryan Murphy’s camera follows Versace (Edgar Ramirez) through his palatial mansion much like a king wander around his castle. As he makes his way through his morning routine, we are shown the same time frame from Andrew Cunanan’s perspective. It’s here that the contrast becomes so effective. As Versace is calmly waking up for what might be an unremarkable day, Cunanan is on the beach, which is stained red in many places, preparing for the act that will make him as famous as the man he is about to kill.

I didn’t like Glee so I wasn’t that aware of Darren Criss until he started popping up in some predictable places: as a dead hipster in American Horror Story: Hotel, and some unpredictable places: as the Music Meister in the Supergirl/Flash musical crossover. None of these roles prepared me for his magnetic performance as Andrew Cunanan. Clearly the most eye-catching part of this premiere, at least until Penelope Cruz turns up, Criss, along with Murphy, and head writer Tom Robbin Smith, have crafted a captivating sociopath who, if he wasn’t a real person, I would have called a larger than life imitation of Tom Ripley. 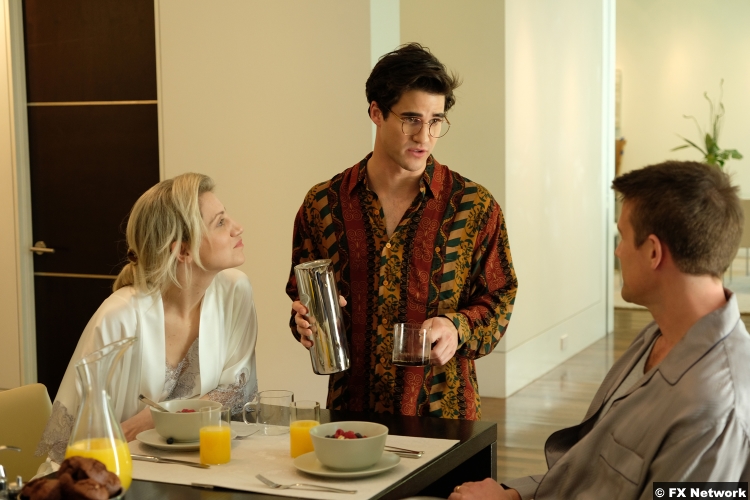 With this season placing such importance on circumstances leading to the murder, going as far back as 1990 when Cunanan allegedly met Versace, Criss has to craft a character in which the lengths of his insanity went to make narrative sense. This is harder than you would think as real-life people don’t tend to stick to character architypes, or act in ways that make logical sense within a story. The advantage of Cunanan is that he is constantly inventing himself over and over again in every situation he finds himself in. This is shown effectively through his accounts of that possibly made-up meeting with Versace. We first see it as it supposedly happened: with Cunanan sensing an opening that frequently closes only for him to rip it open again. It’s this persistence, and a story about his family ties to Italy, that helps him connect to Versace enough that the designer invites him to the opera. From here we hear two alternative versions of this story from Cunanan’s point of view that put him in a more cool and favourable light. He’s a pathological liar that creates himself anew over and over again: symbolised by his nearly empty wardrobe and his confession (even if it is superficial) that he has nothing.

The best scene of the episode is a culmination of all of Cunanan’s skills. In a borrowed suit, he improvises a privileged history of himself to put him on somewhat equal footing to Versace. The way Criss moves around the stage is almost comically that of an actor putting on a performance, which is exactly what he is doing. This is complicated further by the niggling thought that this entire scene could be a fiction as well. What is real though, is Cunanan’s crimes, which turn out to be more serious than just Versace.

Apart from the meat of the episode between Ramirez and Criss, The Man Who Would be Vogue has got some season-long plots to set up. It’s here where American Crime Story feels the most familiar. Not only is law enforcement involved, including Miami PD and the FBI, there is also the media, and bystanders that are on hand to hustle for profit or souvenirs.

8/10 – The pieces have been put in place, the big players introduced, and the story set in motion. American Crime Story has figured out how to follow its first season: go bigger.