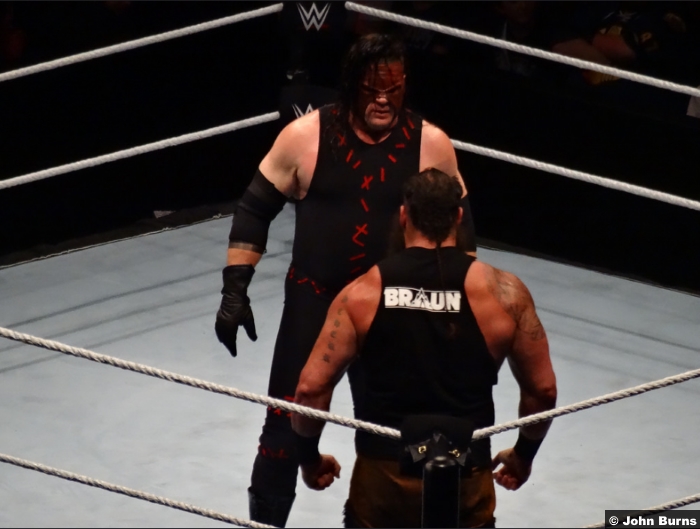 Who’s Going to the Rumble?

The 1281st edition of WWE Monday Night RAW came to you, live, from the Quicken Loans Arena in Cleveland, OH. After Samoa Joe’s involvement in the main event last week where Cesaro & Sheamus were defending the RAW Tag Team Titles against Dean Ambrose & Seth Rollins in a no disqualification match, “The Bar” would again walk out with the tag titles after taking advantage of the chaos caused by Samoa Joe and Roman Reigns. Now, with Samoa Joe and Cesaro & Sheamus forming an apparent alliance to combat The Shield, these two trios would face off in three separate matches on RAW as, for the first time ever, Dean Ambrose will go one-on-one with Samoa Joe. Meanwhile, Intercontinental Champion Roman Reigns would defend his prestigious title against one-half of the RAW Tag Team Champions Cesaro and Seth Rollins will go one-on-one with the other half of the RAW Tag Team Champions Sheamus! Also, in a culmination of a savage feud that have seen them both try to destroy each other on multiple occasions, the rivalry between Braun Strowman and Kane would come to a head on RAW as “The Monster Among Men” would go one-on-one with “The Big Red Machine”! Can Braun prove that he is the dominant monster on RAW or will Kane prove that he has been and always will be the most demonic monster on Monday nights?